The climate crisis is predicted to trigger mass migration, but burning questions remain that research needs to answer. 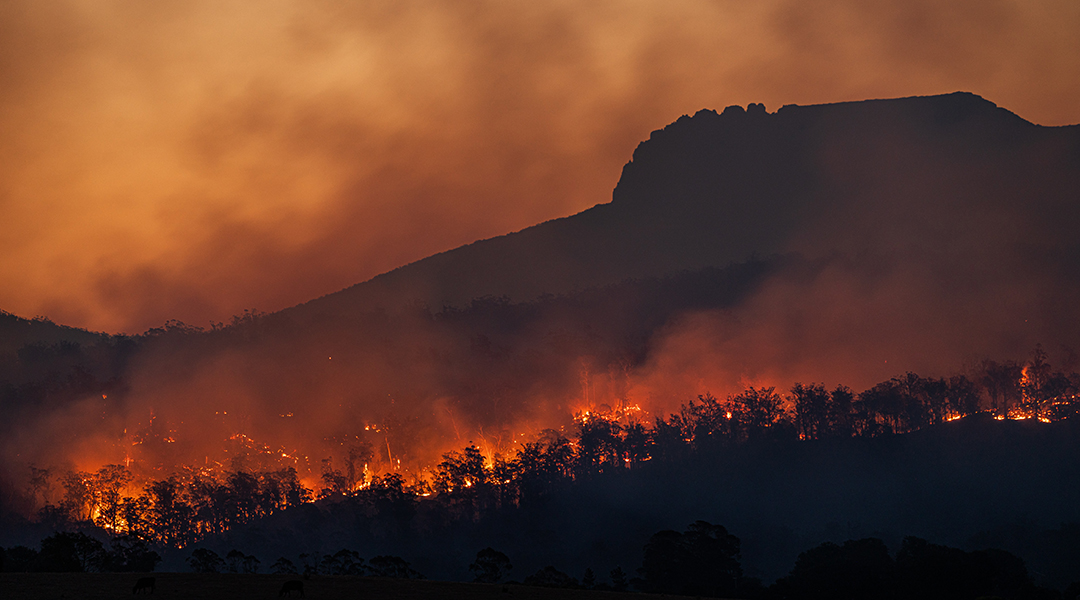 The prospect of masses of refugees fleeing the devastating effects of climate change was among the most prominent fears surrounding climate warming talks at COP26. The images of Tuvalu’s foreign minister giving his speech with water up to the knees went viral and epitomized the threat that millions of people might be forced to leave their homeland.

During the last ten years, an impressive number of scientific studies have been published on this issue, and it’s time to take stock of what we know.

The link to environmental drivers is ambiguous

One of the main lessons from existing research is that even if environmental drivers do have a clear influence on people’s mobility, this influence is ambiguous. Climatic factors are rarely the sole cause of migration and the economic, social, and political situation of the regions under threat can, depending on the case, increase or decrease the flow of migration.

Droughts, hurricanes, and rising sea level may force people to flee, but they can also trap them. The image of climate refugees that would unequivocally flee toward Europe or North America is thus misleading. Displacements, if any, will likely remain mostly local — although not less dramatic if not properly handled by rescue policies.

The consequences of climate change can nevertheless be compared to past experiences of natural disasters and their relationship to population migration. The effects of cyclones are among the easiest to identify in that they manifest themselves in a brutal and direct manner. Studies carried out after such events tend to portray their effects in terms of long-term/long-distance migration. For those living in poor regions, victims have little means for mobility and the majority of the displaced tend to return as soon as possible to reconstruct their homes in the disaster zone.

Case studies bring to light contrasting images of the consequences of droughts. On the one hand, there are many well-known cases of mass population departures. But on the other, many researchers dismiss a systematic link between droughts and migration.

Between 2010 and 2015, for example, droughts actually decreased the level of irregular migration from Africa to Europe. This paradox is due to the multi-causality of the migration processes: policies, macro-economic conditions, as well as people’s perceptions might significantly increase or decrease mobility. As a result of this variability of local contexts, it would be difficult to put a figure on the number of future migrations arising from global warming induced droughts.

The potential for migration when linked to an increase in sea level is less equivocal. Unlike cyclones, and droughts, these effects are irreversible, making migration the only option for affected populations. Currently, 150 million people living at an altitude of less than 1m are vulnerable, with 75% living in major river deltas and estuaries in Asia. Although far less populated, islands such as Tuvalu or the Maldives are the most immediately threatened, as they lie only centimeters above sea level.

There is a fair consensus among the scientific community that migration as a result of climate change will likely remain regional. But many key research questions persist such as, which populations are more affected by environmental change? Are there thresholds in environmental change that could suddenly trigger mass displacements? How do people perceive environmental change and frame their mobility intentions?

The most pressing questions remain, however, political and center around the role of immigration policies in shaping (im)mobility. What kind of international system needs to be put in place to protect the vulnerable in the face climate change?

While some have called for the inclusion of environmental motivations in the international definition of refugees, broader mobilities should be addressed. Conceptualizing migration as a cure as much as a symptom and facilitating mobility certainly goes in the right direction.

It is also crucial to improve the general humanitarian framework of emergency assistance and responsibility-sharing when it comes to mobilizing financial resources set aside for adaptation. Although they might be the most visible among the victims of climate change, migrants will remain a minority, and all of them deserve attention.

Are we dehumanizing chemistry?
Focusing on trust is one way to advance climate justice
Scaled and directly integrated PV-EC means big news for green hydrogen
Are nuclear energy and natural gas sustainable investments?