How a warming climate is affecting the Tibetan Plateau

Climate change is affecting snow depth on the Tibetan Plateau, which may provide trouble for communities at its base. 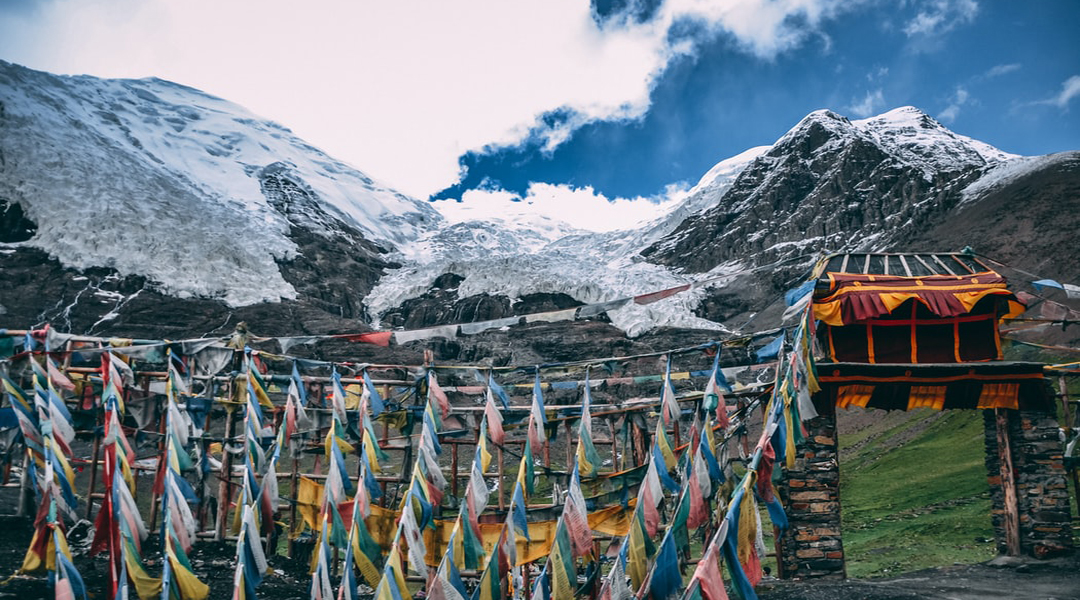 Depth of a snowpack can have far-reaching consequences. For example, the deeper the snow is, the better it is at absorbing heat, thus managing the behavior of local and regional weather patterns. Similarly, greater snow depth results in greater snowmelt, which increases water security for certain areas. As climate change continues to accelerate, having effects on temperature and precipitation, snow depth’s response to these changes allows us to understand how the climate continues to change in certain areas of the globe.

New research published in Atmospheric Science Letters indicates that the changing climate is reducing snow depth in Tibet, which might have dramatic repercussions on the area.

The Tibetan Plateau is one of the largest snow-covered areas in the Northern Hemisphere, clocking in at 2.5 million square kilometers. This area is also experiencing increased warming compared to surrounding areas at lower elevation due to “elevation-dependent warming.” This process occurs when rates of temperature change are increased at higher altitudes, like mountains and plateaus. Elevation dependent warming is not widely understood by climatologists yet, but it may be explained by a feedback loop where surface temperature raises the amount of water vapor in the atmosphere, which then increases infrared radiation hitting the surface.

Given the importance of the Tibetan Plateau as a resource, and its sensitivity to melting, a group of scientists led by Dr. Liucheng Shen from Shanghai Normal University tried to understand the behavior of the plateau’s snow in the thick of a warming climate.

The team first broke up the Tibetan Plateau into 11 regions. Since the plateau is incredibly variable in terms of weather and climate due to its complex topography, studying these regions individually helped the researchers gain a more holistic view of the total area. “The Tibetan Plateau covers a wide area and is affected by different atmospheric circulation systems,” explained Dr. Shen. “Therefore, we chose to refer to a climate zone approach proposed by a previous work so that only the influence of elevation can be considered.”

The researchers found a difference in snow depth accumulation based on geography: snow depth decreased in the central and western parts of the plateau but increased in the eastern sections. They also found significant evidence that snow depth decreased faster at higher elevations, which is consist with their finding of faster warming rates with increased altitudes. The team also conclude that elevation-dependent warming is a strong factor in these levels of snow depth reduction, but also note that this effect is not consistent across the plateau.

Snowpack plays a vital role in the water cycle. The deeper a snowpack is, the more water is releases as melt runoff in the spring and summer months. Since this area sits at 4,000 feet above sea level, it is dubbed the “Asian water tower,” as snowmelt provides fresh drinking water to communities downstream. “The Tibetan Plateau feeds 20% of the world’s population with its snow-ice meltwater. This is very important for the regions where snowmelt water is the main domestic water,” stated Dr. Shen. As the snow depth on the plateau begins to dwindle due to a warming climate, the livelihood of those communities that rely on this runoff as a resource is put into jeopardy.

Shen and colleagues are quick to point out that this is only the first step in understanding both this area and its behavior. However, this study can serve as an example of the complexity of these geographic systems, how climate change is affecting similar environments, and how we can better manage important resources within.

A Whale of a Solution to Climate Change
Science fiction to reality: Space-based solar power
Is your work not novel enough?
Oded Rechavi: “Do anything in your own style, the way you want to do it”