A new, flexible, and self-powered sensor made by magnetoelectric materials can convert mechanical stimuli to electrical signals for robots with a "soft touch". 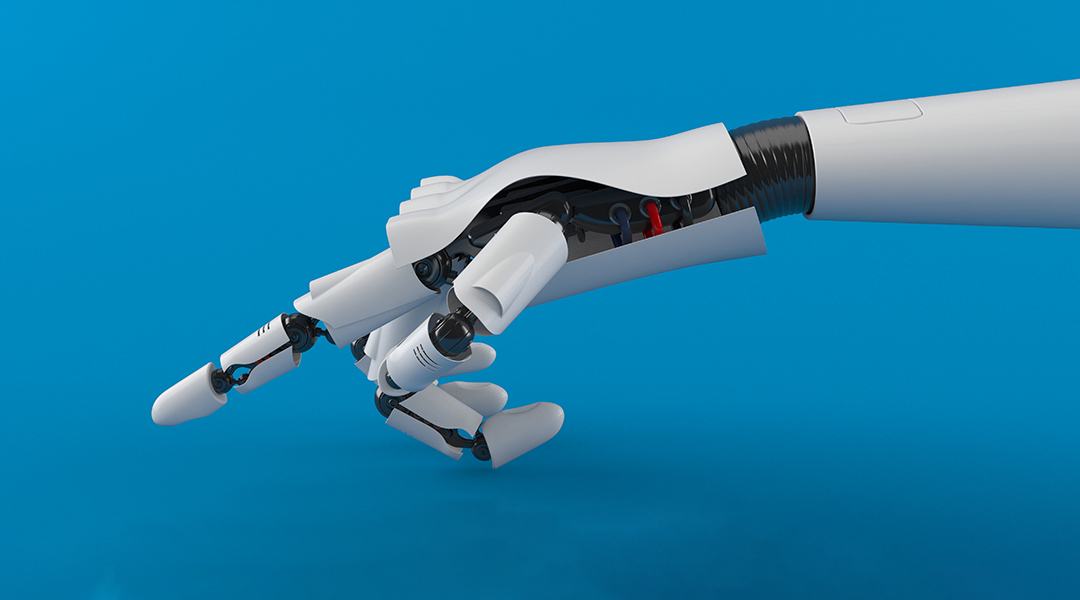 Artificial intelligence, machine learning, and intelligent systems are all new concepts that over the last several decades have seemingly forcefully stepped into our lives. Inspired by novels and movies, we have always been fascinated by these sci-fi dreams turned reality (from mechas, androids and cyborgs) which have become an integral part of our daily lives.

Meant to help and assist human beings in their work and activities, robots can be defined as the intersection between mechanical, electronic, and information engineering together with the computer science. The field, which has resulted from this strong collaboration, is known as robotics and it is intended to create the design, construction, and operation of machines and computer systems for the development of their perception, control, sensory feedback, and information processing.

In our evolution toward Spielberg’s artificial intelligence era (which might be closer than we think), intelligent robotic systems have become one of the hottest research topics in recent years, with scientists aiming to create cyborgs that are able to mimic human senses such as vision, the ability to sense temperature, and touch. This last feature, in particular, becomes essential when related to prosthesis and robotic arms.

Advanced tactile sensors are being actively studies, and in this area two critical challenges have come to light. The first is the design of the sensor itself, whose application is dependent on its shape and mechanical properties. Here, flexibility is the name of the game. Indeed, soft and flexible tactile sensors can be attached to curved and even irregular surfaces, making them much more versatile with respect to their rigid counterparts, which might limit a robot’s motion and capabilities.

The second challenge is related to the power supply of said tactile sensors. Recent reports show that tactile sensors currently rely on commercial batteries for power, but the big disadvantage here is due to their encumbrance, weight, cost, as well as their potential detrimental environmental environmental effects. So researchers continue to ask themselves: how can we address these major points?

As it often happens in research, nature has a lot to teach us and at the University of Science and Technology in Wuhan, China, scientists have been inspired by natural systems to fabricate a new, soft, and self-powered tactile sensor. Their study, recently reported in Advanced Intelligent Systems, the team made advances on current, similar devices that not only offer improved flexibility, but also address issues related to power supply.

So far, flexible tactile sensors with reliable and distinguishable mechanical response have been fabricated by researchers in capacitive, piezoresistive, piezoelectric, triboelectric, and magnetic micro-electromechanical systems. Recently, magnetic sensing systems were also reported but, as most of other tactile sensors, they still need an external power supply.

Professor Bin Su and his co-workers were able to address this issue by designing and fabricating a flexible, soft tactile sensor which does not require any external batteries. How is this possible you might ask? The design of this new device is borrowed from the nature, using our own skin as inspiration.

Our skin has several different sensory receptors, which allow us to translate stimuli we receive from the external world into different “readable” sensations, such as hot/cold, pain, or touch. Based on this idea, artificial sensory receptors, have been developed to sense different stimuli using physical deformation of their plasma membranes. These are made by mechanically-gated ion channels which open or close when stimulated by pressure, touch, stretching, and sound.

The researchers of the current study have designed a new, light-touch sensor that mimics the function and structure of Merkel’s disks found in our skin — nerve endings that respond to light touch. The new tactile sensor exploits the magnetoelectric effect and is composed of two different parts: the first is a composite mixture, composed of a magnetic powder and elastomer to form an elastic magnetic block which in fact responds similarly to the Merkel’s disks. The second half of the sensor is made up of electrically-conductive coiled copper wire (see image).

In the sensor, a magnetic flux passes vertically through the magnetic composite toward the bottom coiled copper concentric rings. An external mechanical stress, such as a compression, deforms the magnetic composite and changes the internal magnetic flux. According to the Faraday law of electromagnetic induction, the change of flux induces a change in potential through the conductive circuit, which in turn can be measured as an electrical signal.

When the soft, self-powered, magnetoelectric tactile sensors are mounted ans used as fingertips on a robotic arm, this can “feel” diverse objects by reading different electrical signals, creating specific patterns by relating each electrical signal with the corresponding object handled by the robotic arm.

In other words, this means that an object can be distinguished according to the signal pattern sensed by the soft magnetoelectric tactile sensors. This enables the robot to recognize its surroundings and the objects it interacts with, thus mimicking the tactile perceptual functionality of humans.

Carrying out both experimental and computational analysis, the researchers also reported key parameters which allowed them to control the electrical performance of the soft tactile sensor. In particular, they found that the ratio of components in the magnetic composite, its shape, as well as the dimension of the magnetic elastomer highly influenced the intensity of magnetic field. This will no doubt guide improvements to the sensor.

According to the authors, their new magnetoelectric soft sensor design is expected to manifest in a range of self-powered sensing systems, which will lead to unexplored avenues for the development of the future intelligent robot science and their deep learning.

This we can firmly get behind, and foresee a brilliant future in this field. Let’s “keep in touch” for the next developments in robotics!

DeepMind solves 50-year-old challenge in predicting protein folding
Improving autonomy in soft robots using magnetic fluids
What causes deep vein thrombosis?
What archaeology of the remote past can tell us about our future under climate change