The power within our gut

How can computational modeling help to better understand and predict when the power cells of our gut fail? 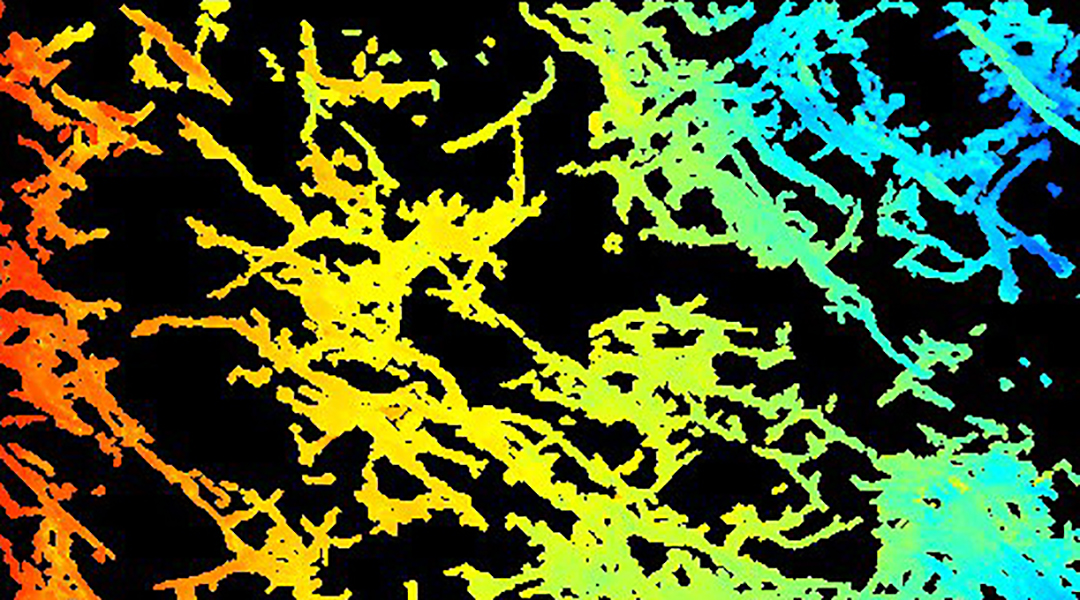 Imagine a grid of interwoven power cells capable of constantly generating vast amount of bioelectricity. This might immediately conjure a post-apocalyptic scene from the movie The Matrix, but in fact can actually be found closer to home – inside our gut in fact. Like all muscles, the movements of the gut are powered by a series of bioelectrical activities that are generated by a type of pacemaker cell called the interstitial cells of Cajal or ICC.

They were first described by the Spanish Nobel Prize Laureate Santiago Ramon y Cajal in 1911 as “células simpàticas intersticiales” (sympathetic interstitial neurons). Due to the close proximation of ICC to the nerves, they were treated as an extension of the nervous system, a school of thought that still influences the scientific community to this day.

Around a decade after Cajal had discovered the ICC, Walter C. Alvarez, a pioneer in the field of gastroenterology, reported one of the earliest recordings of human gastric bioelectrical activity. Although Alvarez did not yet know the exact role of ICC (no Advanced Science News back then), it was clear that the potential of using the bioelectrical activity as a basis of diagnosing gut disorders was immense.

When we get down to the microscopic level of ICC distributions, the analogy of a power grid needs to be expanded to a more complex 3D configuration. Most of the gut is comprised of muscle layers organized in different orientations with a relatively flat “plexus” or intersecting network of ICC in between these layers. If the layer arrangement can be thought of as a sandwich, then the ICC plexus is the patty in the middle, which situates it to control signals sent to the surrounding muscles, telling them to start moving food for digestion. In reality, the picture is more complex as the ICC also contain “fingers” that protrude into the muscle layers to form a 3D mesh throughout the gut, which are in constant contact with the sandwiched ICC grid to ensure that the gut moves in a coordinated manner. Any major disruptions to this intricate network can lead to an outage of gut function and dire health consequences.

Untangling the exact roles of ICC is still ongoing, but we now know that a reduction of ICC is associated with a number of pervasive digestive disorders. For example, injury to ICC has been reported in nearly all the patients suffering from a condition called diabetic gastroparesis, a debilitating condition where the stomach fails to empty.

With advanced mathematical modelling tools, we can formulate the cellular mechanisms of ICC using a system of equations that have been applied to simulate normal physiology as well as what happens to ICC as they get injured. Computations calculating hundreds of thousands of equations are typically needed to reproduce realistic results. For example, as the injury accumulates, simulations are capable of showing that bioelectrical activation is no longer “stable” enough to support a normal activation.  More importantly, researchers are able to use the models to theoretically explore the conditions required for the persistent onset of the abnormal activations and ways to eliminate them.

In the longer term, we hope the development of more sophicated models and other techniques will allow the gut bioelectrical activities to be used as a biomarker for pinpointing the loss of gut function early on in its prognosis, as well as targets to restore lost functions.

Study Reveals Hepatitis A Originated in Insects
Zapping antibiotics back into action
Delaying second dose of COVID-19 vaccine has benefits in the short term, but depends on immunity
3D printing lays the foundation for a new range of diagnostic tests