The first COVID-19 vaccines are here, but challenges remain

Whilst vaccines against COVID-19 show there is light at the end of the tunnel, three main challenges still need to be addressed. 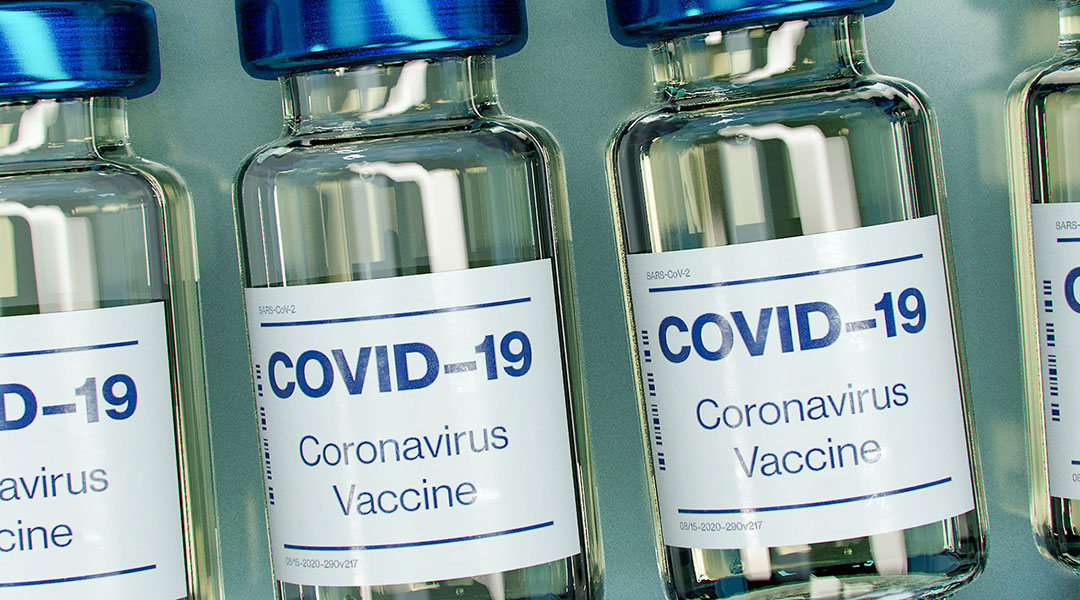 As 2020 drew to a close, vaccination programs were rolled out in countries across the world to fight the novel coronavirus that was discovered a year ago and upended our daily lives. As of December 24, over 30 countries have approved at least one of the newly-developed vaccines against this virus, and have begun vaccinating the most vulnerable people and health workers.

The UK became the first country in the world to approve the Pfizer/BioNTech vaccine in early December. The US followed suit with this vaccine shortly after, and the European Union gave approval over the Christmas period.

It goes without saying that this is positive news, with hope that this signifies the beginning of the end of the fight against COVID-19. However, if we are to win this fight, there are still challenges associated with these mass vaccination programs that need to be overcome.

In a number of separate studies and editorials, scientists from around the world identified three key challenges that need to be addressed; efficacy in preventing transmission; ensuring everyone gets the second shot required for some vaccines; and most importantly, ensuring vaccines are truly distributed globally, and not bought up and hoarded by countries that can afford them.

Despite approval of a number of vaccines, there is so far, little knowledge about how well these prevent onward transmission of the virus from a vaccinated individual. Writing in the journal Anesthesia, Professor Sir Jeremy Farrar — director of the Wellcome Trust, UK, and member of the Scientific Advisory Group for Emergencies (SAGE) committee, which advises the UK government on COVID-19 — and Professor Tim Cook — Consultant in Anesthesia and Intensive Care Medicine, Royal United Hospitals Bath NHS Foundation Trust, Bath, UK, and Honorary Professor, School of Medicine, University of Bristol, UK — say that in order for vaccination to be fully successful, the vaccines need to be effective at preventing initial infection, preventing disease progression, and preventing onward transmission.

“Whether all three of these goals will be met by ‘first generation’ vaccines is not known, but is vital to the long-term success of the program,” they explain. Preventing onward transmission, or “sterilization immunity”, is particularly important as it is “epidemic modifying”. They go on to say that these first-generation vaccines “may be more effective in preventing disease progression and hospitalization and less effective in preventing transmission. Knowledge of their performance in pre‐approval trials and in surveillance, Phase 4 studies after licensure, will enable further modifications such that improved 2nd and 3rd generation vaccines may be available later in 2021 and beyond.”

It is therefore important that as many people as possible are vaccinated. This in itself of course poses challenges. Just taking the UK as an example, an estimated 20% of Britons say they will not take the vaccine. Some of this could be down to beliefs in misinformation, which should be robustly challenged. But some of those who would refuse it could be genuinely concerned about the vaccine’s safety given how fast these first-generation inoculations have been developed, which is truly unprecedented. It is hoped, however, that as time goes on, there will be fewer people concerned about safety as we see long-term effects on those already being vaccinated now.

Even if there is a 100% uptake, however, it could still take up to a year to vaccinate everyone in the UK, assuming “1000 vaccination centres each vaccinating 500 people a day for five days a week, without interruptions of supply or delivery”. The scale of such a program should not be underestimated for any country, and will be even more of a challenge for countries and areas of the world with less reliable infrastructure. This brings us on to the challenge around global distribution.

In an article recently published in The BMJ, researchers warn that up to a quarter of the world’s population may not receive a COVID-19 vaccine until at least 2022.

Anthony D. So and Joshua Woo at the Johns Hopkins Bloomberg School of Public Health gave this stark warning after analyzing data on pre-orders of COVID-19 vaccines ahead of regulatory approval. Their data take into account orders before November 15, 2020. By this date, several countries had ordered 3.76 billion courses of vaccines from 13 manufacturers. The authors found that just over 51% of these courses will go to high income countries, which represents just 14% of the world’s population. The remainder will likely go to low and middle income countries, in which around 85% of the world’s population live.

There have already been concerns about the logistics needed for the Pfizer/BioNTech vaccine, which must be stored and transported at less than –70 °C. The ultra-cold supply chain needed to effectively distribute this vaccine will be particularly challenging for low and middle-income countries. Even most hospitals in the USA do not have the capabilities to store this vaccine. The Oxford University/AstraZenica vaccine does have an edge in this area, however, as it can be stored at normal refrigeration temperatures.

Taken together, even if all 13 of these manufacturers reach their maximum production potential, that would still be close to six billion courses by the end of 2021, leaving a significant portion of the world’s population unable to get vaccinated until the following year.

Whilst 40% of these courses could be allocated to low and middle-income countries, much of this will depend on how higher income countries share what they procure with the rest of the world.

The task here is enormous, and requires truly global co-operation on a scale rarely seen. For all the effort and hard work that has gone into making these vaccines, production and regulatory approval are just the first steps; effective distribution is just as important.

“This study provides an overview of how high income countries have secured future supplies of COVID-19 vaccines, but that access for the rest of the world is uncertain,” they write. “Governments and manufacturers might provide much needed assurances for equitable allocation of covid-19 vaccines through greater transparency and accountability over these arrangements.”

One of the distinguishing features of the Pfizer/BioNTech and Moderna vaccines is that they require two separate doses, or “shots”, with the second shot needing to be given some time after the first. On the face of it this doesn’t sound complicated, but when millions or even billions are being vaccinated in such a way, making sure everyone gets their second shot is yet another logistical and administrative challenge for an effective vaccination program.

Two-dose vaccines are nothing new; vaccines against shingles, HPV, and hepatitis B are just some examples of two-dose vaccines already in use. Fendrick worked on the latter early in his research career, and has first-hand experience in the problems associated with patients taking their second dose.

“[Vaccines] that require more than one dose create additional behavioral and environmental challenges, including reports of side effects, false claims regarding vaccine safety, logistical barriers, and the politicization of the program, that may deter people from getting […] their second dose,” he said.

Speaking about the USA, Fendrick does point out the positive side of the US vaccine program; out-of-pocket costs, one of the biggest barriers to vaccine uptake, isn’t an issue thanks to federal action covering the cost of the vaccine. The current program also has some measures in place to make sure Americans receive their second shot, such as information cards in their first vaccination kit reminding patients to schedule an appointment for a second shot. But Fendrick thinks this isn’t enough.

Based on his own research, he advocates instead a smartphone-based approach. The technology is already there, and he draws attention to the fact that there are already apps that send reminders to the user to check things such as blood pressure or blood sugar, that can be adapted or tailored for vaccination programs.

In addition, a personalized email or phone call beyond automated reminders can greatly improve uptake. “Just knowing that someone cares and is willing to reach out has worked wonders in getting more people engaged in their health care behaviors,” he said. “This is particularly true for under-served groups that are at the greatest risk from COVID-19, like the elderly, and those with low incomes and without stable housing.”

Whilst just using the USA as an example, these solutions are applicable elsewhere, and need to go hand-in-hand with other vaccination program protocols already in place.

These studies and advice from leading experts in the fields of virology and public health tell us not just what we already know; that to defeat this virus with vaccines there needs to be a real, concerted international effort — not “vaccine nationalism” — to distribute the vaccines to every corner of world, regardless or national income. They also show us just how challenging this will be. It is one thing to agree to co-operate, it is another thing to actually do so, and do so effectively.

At least we know that we already have the means at our disposal for equitable and equal vaccine distribution. Now we just need the political will from those who have the power to make this possible.

TikTok is being overlooked as a tool for COVID-19 guidance
Nicholas Peppas, a chorus of healthcare materials
The Role of Narrative in Science
Madhu Bhaskaran: "As an engineer, you will always have to find a solution to problems in the world"