The Agnotology of Carbon Dioxide

We all see the smoke; can we afford to ignore the fire? The climate doomsday clock is ticking! 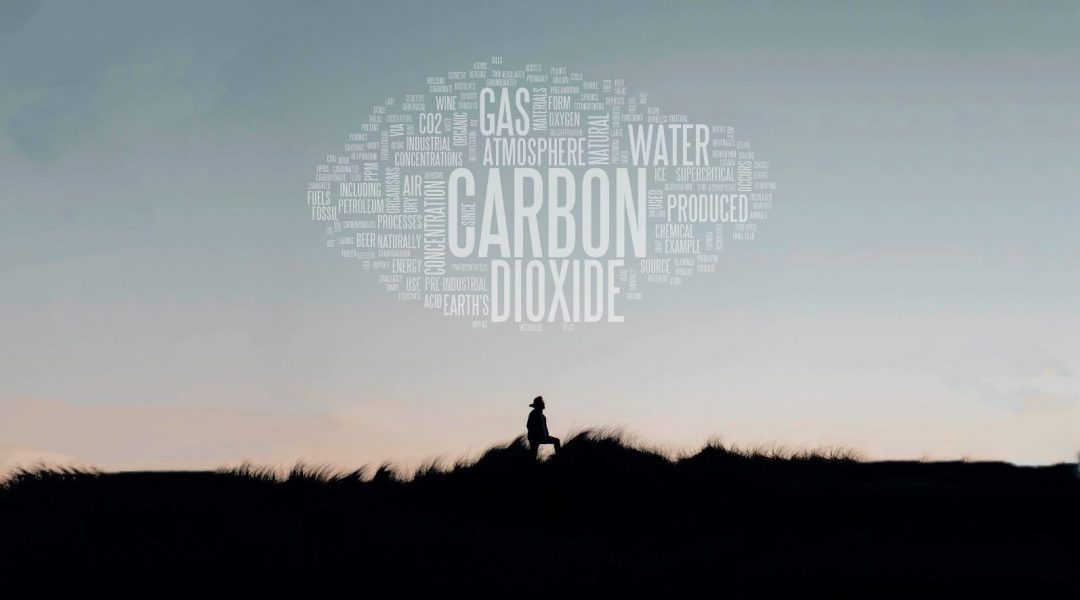 The rapid dissemination of misleading, confusing, frightening and false information; the obfuscation of knowledge; the destruction of documents; the wilful cultivation of ignorance and delusion; the creation of an aura of doubt; and the exacerbation of uncertainty are some of the cultural tools that highlight the growing need for agnotology studies. 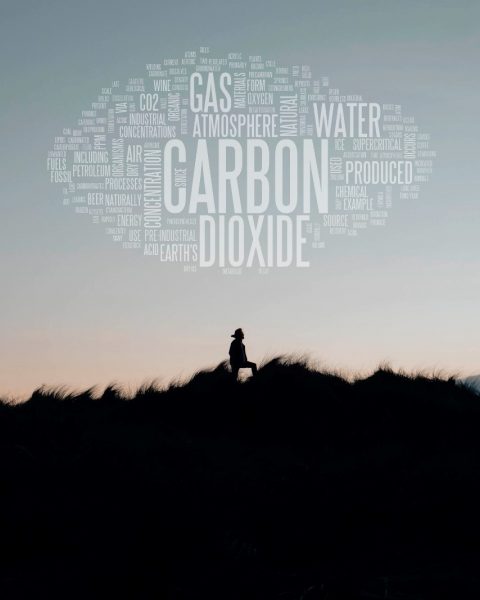 Figure 1. Man standing on top of a hill contemplating CO2, climate change and our relation with nature. ArtScience work courtesy of Chenxi Qian.

A prime example of the need for agnotology was the campaign aimed at downplaying or trivializing the risk of cancer and other health related consequences of smoking. This manifested in the spread of confusion, suppression of information and government and corporate secrecy, all intended to exploit public uncertainty regarding these hazards and enrich business interests, something Robert Proctor fought against in his research and by testifying against the tobacco industry.

Similar dynamics seem to be at work today regarding climate change and refutation of the existential threat it poses to all people. Climate change denial, misleading and false information, knowledge deficits and conflicting interests, can only be countered by objective facts that enhance the general public’s understanding of the situation and how it must be championed, not just by climate scientists, but by also community-based advocates and representatives, to increase its acceptance.

Even though there exists an almost unanimous consensus amongst climate scientists that global warming is real, the public still views the threat of climate change as contested. Part of the problem originates in the media, with their efforts to present both sides of the story, fairly or unfairly. The other difficulty is the continuous and systematic campaign undertaken by organized stakeholders to undermine the science by creating confusion and uncertainty in the minds of the public and policy makers.

Here, one experiences the “consensus gap”, the discrepancy between the science and the public perception of anthropogenic climate change. This tension is the result of an unrelenting campaign of misinformation, intentionally aimed at weakening the factual consensus. Understanding the means, context and strategies of communicating, as well as miscommunicating, climate change information would be invaluable in helping the public to identify relevant information in what has become a particularly messy discourse.

As Proctor presciently stated: “We live in a world of radical ignorance, and the marvel is that any kind of truth cuts through the noise”. He cautioned that: “Even though knowledge is accessible, it does not mean it is accessed. In the context of global warming, the fight is not just over the existence of climate change, it is over whether God has created the Earth for us to exploit, whether government has the right to regulate industry, whether environmentalists should be empowered, and so on. It’s not just about the facts; it’s about what is imagined to flow from and into such facts.”

The counterpoints, not meant to be malicious are simply misguided and misinformed. As this witty insight from Arthur Bloch’s Murphy’s Law, Hanlon’s Razor relates, “Never attribute to malice that which is adequately explained by stupidity.”

Denial or acceptance of global warming often stems from selectivity in the search for evidence and political leaning. The disbelief that human activities have caused climate change requires long-term (20- to 30-year) action plans in the political arena and corporate sector. This dilemma forces confrontation in the form of job loss threats and the distaste for public spending on decarbonisation, where, for some, the immediate economic disadvantages can outweigh the scientific evidence of an impending existential crisis.

The overwhelming sense of doom-and-gloom associated with facing the realities of climate change scenarios can crush the ability of people to make rational and logical decisions by inducing fatalistic attitudes and a feeling of loss-of-control. However,  this fear can be countered by empowering people with an enhanced understanding of climate change and action-based solutions, presenting comprehensible means of fixing the problem now rather than later.

In the context of climate agnotology, CO2 is a much-maligned molecule because of its poor understanding. Beginning to view human-induced CO2 emissions as a potential feedstock for the production of synthetic fuels can open doors to some of the most fascinating and optimistic scientific and technological, economic and sociological, environmental and political territory of our time.

To amplify, CO2 is a colourless, odourless, non-toxic gas that is essential to life on Earth. It is a feedstock for photosynthesis, which is essential for plant growth. In addition, its presence in the atmosphere at 0.048% is critical to making the Earth warm enough to support life. Natural flows of CO2 into and out of long-lived (over a century) reservoirs have been in balance for thousands of years resulting in a relative stable surface temperature.

When carbon was removed from long-lived reservoirs as fossil fuel and CO2 was released when the fuel was burned, the CO2, due to its characteristics, was initially considered a benign waste product. However, accumulation of CO2 due to human activity is now known to cause climate change, ocean acidification and other adverse impacts. Reversing these effects requires a dramatic shift in the public’s perception.

The benign and beneficial nature of CO2 is one, among many, argument used by opponents to resist action to address climate change. Both are misleading distortions.

The reality is that CO2 emissions due to human activity are a significant contributor to climate change and that to limit the warming from pre-industrial levels to 1.5 °C these emissions must be reduced to zero by 2050. That will be very difficult, perhaps impossible. It is likely therefore, that CO2 will need to be removed from the atmosphere. Various natural and anthropogenic options are potentially available, including reforestation, soil carbon sequestration, and CO2 capture and utilization as illustrated in poetic form, Figure 1. They differ in terms of cost, permanence of the removal, possible scale, etc.

Use of captured CO2 as a feedstock to produce synthetic fuels is one of the promising options. That turns the human induced emissions from a waste stream into a desirable feedstock. Then CO2 becomes a friend.

Assuming such technologies are developed and implemented, we must limit their application to the CO2 emitted by human activity. 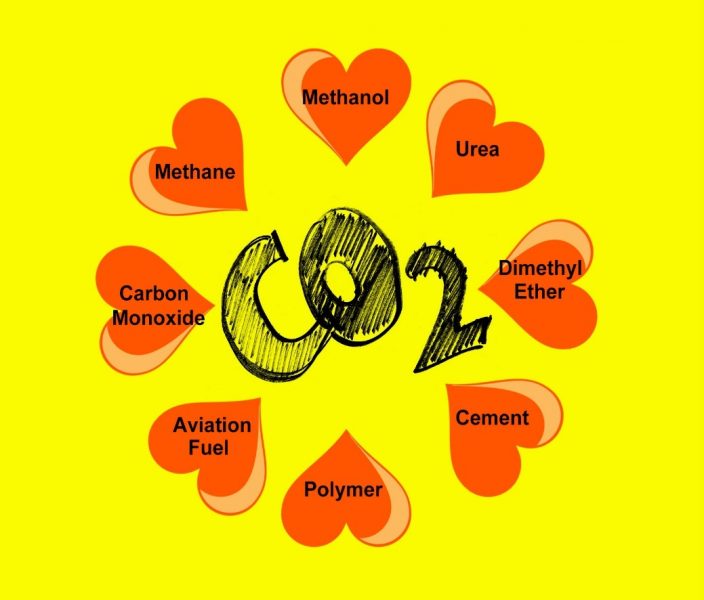 Figure 2. Ode to Carbon Dioxide – Oh small molecule, to love or to hate, to understand you better, before it’s too late, and we all become CO2. By Geoffrey Ozin.

We do not want to reduce the natural level of CO2 in the atmosphere and cool the planet.

The hourglass is emptying, and time is running out. The story of CO2 needs altering, to regard CO2 as a friend rather than a foe, to see it as a recyclable feedstock for making value-added products rather than a polluting nuisance waste, people can begin to appreciate how instead of being the cause it could actually prevent the next mass extinction of life on earth. The public needs a fresh love affair with CO2.

By regarding CO2 as a friend rather than a foe, to see it as a recyclable feedstock for making value-added products, Figure 2, rather than a polluting waste, people can begin to appreciate how it could actually prevent the next mass extinction of life on earth, rather than being the cause.

Just as we have seen in the case of smoking and the tobacco industry, today we face the climate debate, where opponents and advocates misuse information about CO2 to support their positions.

We all see the smoke; can we afford to ignore the fire?  The climate doomsday clock is ticking!

Geoffrey A Ozin1 and Erik Haites2

Creating better models for offshore wind turbines
Cement made from plant oil and waste sulfur
Invasive species: Can we learn to live with them?
Inversely designing new materials for natural gas separation