A new fabrication method allows researchers to create ultra-thin OLED materials that can be applied to the skin using temporary tattoo paper. 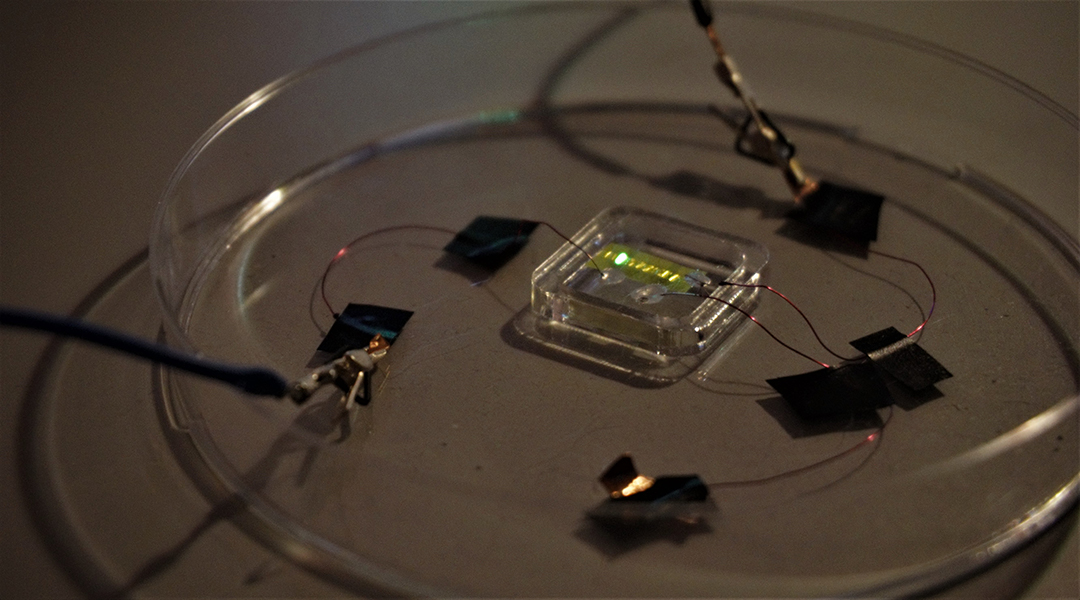 Many of you might be familiar with temporary tattoos; decorative images that can be applied to the skin after a simple soak with water — I for one remember trading for them in middle school and competing for the coveted position of “who has the most on one arm”. Now, imagine your school yard reputation if those tattoos incorporated shining lights.

While this was not the aim of a recent study published in Advanced Electronic Materials, a team of researchers from the Istituto Italiano di Tecnolog ia (IIT) and University College London (UCL) have devised a material and application process in which ultra-thin organic light-emitting diodes (OLEDs) can be incorporated into temporary tattoos to create functional, flexible electronic devices.

“The applications of these [OLED] devices are probably more numerous than we can think of right now, but one is wearing them on the naked skin, combining them with sensors or biologically relevant detectors for biomarkers, such as glucose or sodium in sweat, for monitoring different diseases,” said Franco Cacialli, professor in the Department of Physics and Astronomy at UCL, and one of the study’s lead authors. “There is also the possibility to ‘retrofit’ these OLEDs onto already finished objects, which might be desirable in establishing a connection to the internet of things — a network of physical objects that are embedded with sensors, software, and other technologies to collect and transfer data over a wireless network — through visible light communication.”

OLEDs are used widely in flat screen display technologies, and incorporate a film of organic material called an organic semiconductor that emits light in response to an applied electric current. Improving the fabrication of flexible and conformable OLED-based devices will enable new applications where device stiffness is currently a limitation, say the authors.

“Transferring OLED’s to a new class of surface-transferable electronics opens doors to a vast range of applications depending on the surface of interest, such as displays, photo-active treatment/curing of surfaces, or just for embellishment and decorative purposes,” added Virgilio Mattoli, researcher at IIT and another of the study’s leads.

This is where tattoo electronics are making their mark by using commercially available temporary tattoo‐paper to carry out an easy, water‐assisted transfer of the thin electronic device directly onto skin and other surfaces. In the current study, the team used a combination of ink‐jet printing, spin coating, and thermal evaporation to deposit the different layers of materials that make up the light-emitting device onto the tattoo paper.

“The fabrication relies heavily on the usual ‘temporary tattoo substrates’ typically used for children tattoos combined with relatively standard OLEDs preparation procedures and equipment,” explained the study’s first author Jonathan Barsotti. “We first use ink-jet printing to pattern the transparent electrodes [onto the paper]; this technique permits us to literally print an electronic ink (i.e., one that is conductive, insulating, or semiconductive) with the desired pattern, just like you would at home using a paper printer.”

By spreading a solution of the active material on the paper then rotating it a high speed, the team obtained an ultra-thin and homogeneous layer, continued Barsotti. “Finally, we deposited the electrodes on top of this thin layer by evaporation, a common technique used in microfabrication.”

While the fabrication protocol is one that is commonly used in OLED manufacturing, an adaptation to an ink-jet printing fabrication process needs to be developed to make this technology more commercially viable. “This will allow the direct and low-cost production of OLED tattoos directly from a drawing, thus paving the way to a myriad of new applications, where our imagination is the only limit,” said Barsotti.

These could be invisible electronic interfaces worn directly on the skin, imperceptible biomedical monitoring sensors for medical applications, or sophisticated, glowing temporary tattoos (why not!).

“This is another important step toward real-world application of tattoo electronics, enlarging the portfolio of technologies and electronic components demonstrated on conformable temporary tattoo substrates,” concluded Mattoli.