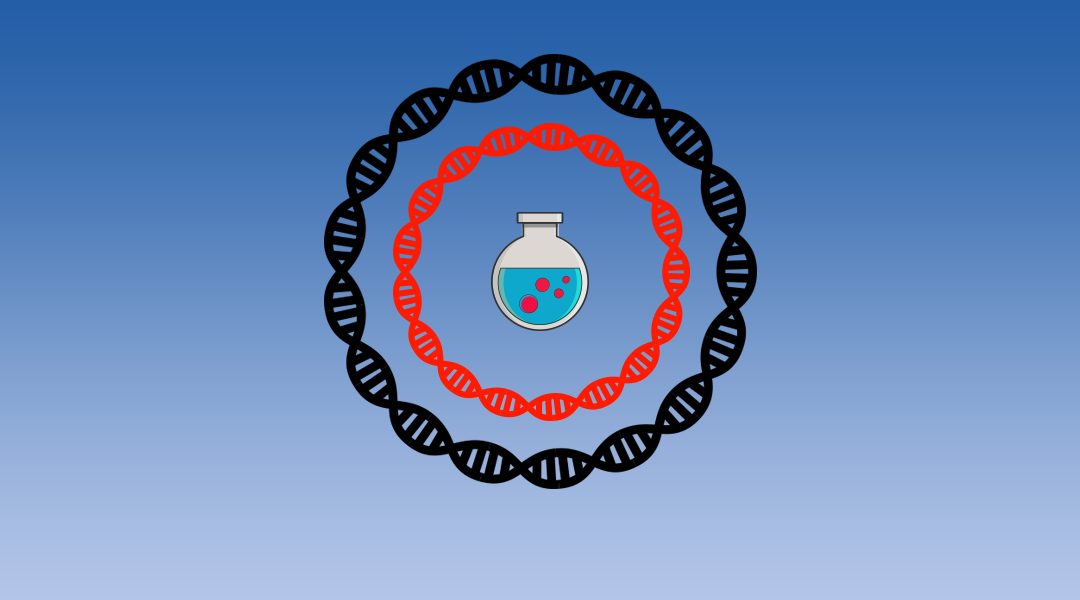 In the long-held Central Dogma of Molecular Biology, DNA was defined as the keeper of the protein code, RNA largely served as messenger and translator of the code, and the protein products were the workhorses of cellular function. Discoveries of protein misregulation in disease made them the primary therapeutic targets in drug development. To date, over 90% of drugs approved by the Food and Drug Administration (FDA) modulate the actions of proteins. 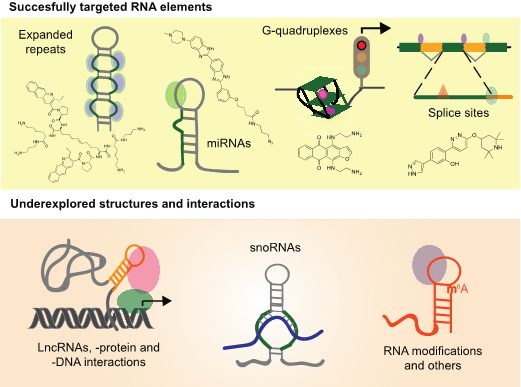 After completion of the Human Genome Project in 2003, this dogma was challenged by the revelation that less than 2% of DNA that is transcribed into RNA is actually translated to protein. Instead, 70-90% of cellular RNA was found to be non-protein coding, implying that RNA has functions other than as a messenger for protein synthesis. Subsequent research has shown that such RNA has functions equally important to proteins, and like proteins, plays a role in disease progression. For example, RNA can also form complex structures and provide “pockets” for drug-like small molecules to bind to and affect its function. This previously neglected biomolecule is thus becoming a promising therapeutic target, and researchers are actively searching for small molecules that selectively engage these pockets.

A review in WIREs RNA surveys the RNA structures that have been successfully targeted with small molecules in mammalian systems, including work in cell lines, animal models, and clinical trials. These molecules have been shown to hinder progression of diseases such as cancer, myotonic dystrophy, and spinal muscular atrophy. Lastly, the authors present newly discovered RNA targets that have great potential to be targeted in disease systems, as well as challenges and solutions that the field should consider in order to realize the next stage of the RNA revolution.