Synthetic cells that function as autonomous systems for producing an anti-cancer protein inside the body are developed. 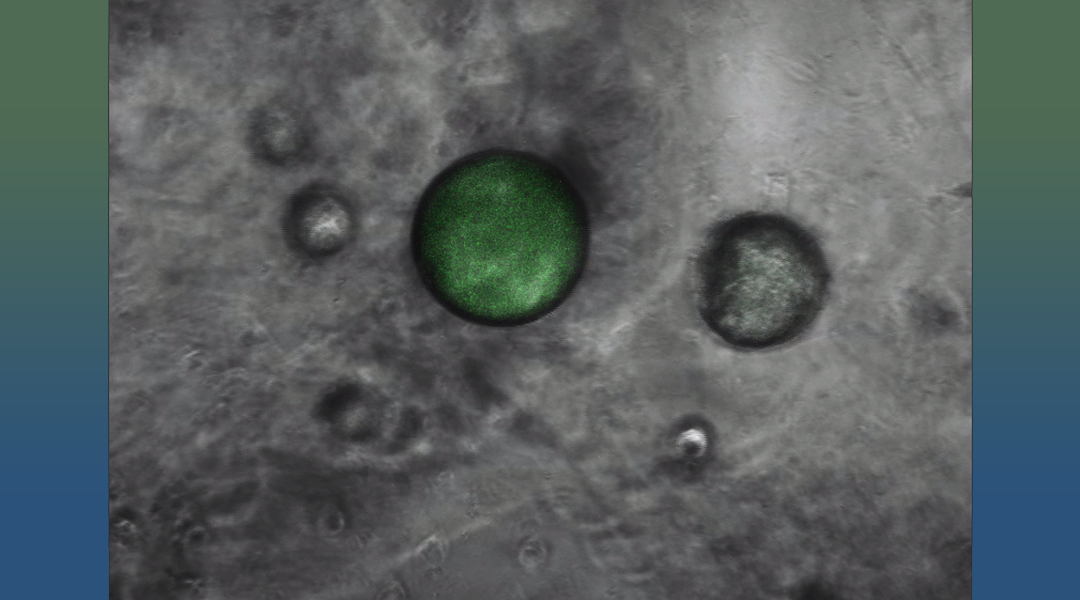 The prospect of artificial cells replacing malfunctioning cells inside the body holds great promise for propelling the medical field far into the future, and analogous to the technological transformation from walking or horses-and-buggies to cars and airplanes.

These synthetic cells can potentially be used for on-site production of various compounds necessary for the healthy body, such as insulin, as well as malfunctioning or non-existing proteins, which can combat some of the most devastating diseases known to man. Synthetic cells are therefore the state of the art targeted delivery systems.

In their article published in Advanced Healthcare Materials, scientists from Israel develop synthetic cells that function as autonomous systems for producing an anti-cancer protein inside the body.

To form synthetic cells, an array of nanoscale molecular machines are incorporated into engineered vesicles, granting them the ability to transcribe an artificial DNA code into RNA, and subsequently translate the RNA into functional proteins. Once placed under artificial physiological conditions or implanted in tissue, the particles turned ‘on’ and began producing proteins autonomously. The membrane, surrounding the synthetic cells, is designed to allow amino acids and nutrients to cross freely, ensuring a constant supply of molecules that ‘power’ the machines within the synthetic cells. 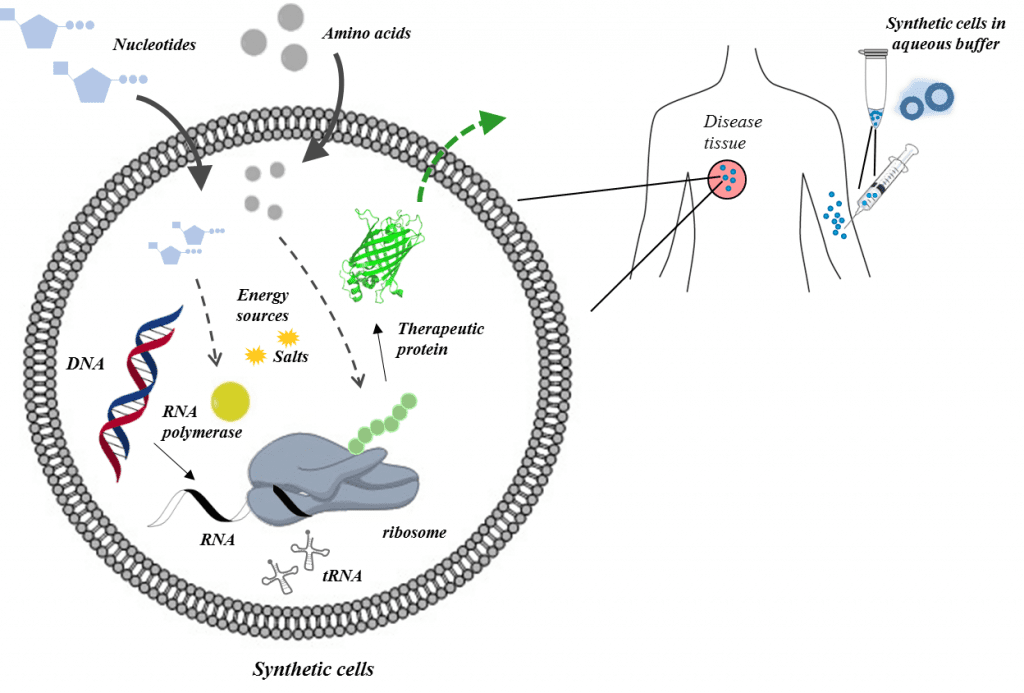 Similarly to naturally-occurring cells, which vary in their size and structure depending on their biological function, synthetic cells can range from the nanometer to micrometer sizes.The autonomous protein production process was captured by the means of fluorescent microscopy (see Video); demonstrating that the process continued over several hours until the entire synthetic cell was filled with the newly synthesized protein.

To test the therapeutic potential, the particles were encoded to produce an anti-cancer protein, after being implanted in breast cancer tumors. As expected, the particles produced the biological drug in the tumors, eliciting massive cell death, with minimal damage to the surrounding healthy tissues.Alternative technologies may include natural cell-based therapies, which can elicit a therapeutic function inside a tissue. However, despite many advantages, natural cells will always remain limited within the boundaries of biological rules. Synthetic cells can exceed certain natural functions, such as producing only one protein at large amounts, or producing therapeutic proteins that are toxic to living cells.

Combining the disciplines of biology and engineering to address unmet medical needs makes synthetic cells attractive therapeutic platforms. Furthermore, synthetic cells also enable exploration of the origins-of-life and understanding the minimal requirement for cellular life to exist. The versatile characteristics of synthetic cells will allow tailoring biologics for the personalized needs of each patient.