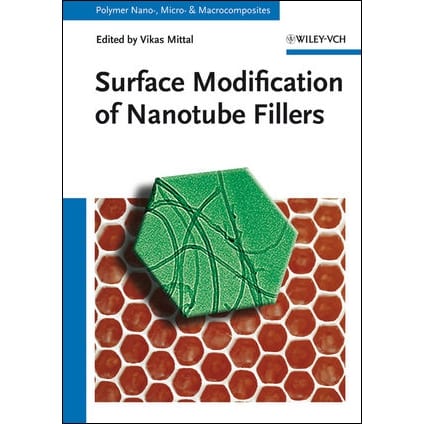 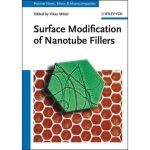 Carbon nanotubes, wrapped cylinders of graphitic carbon, are ultimately strong nanofibers with a Young’s modulus of ~1 TPa and tensile strength of ~100 GPa. Such amazing “dream” structural material, nearly 100 times stronger than standard steels, must and will be utilized for individual or composite applications in the 21st century. While the individual structural applications of nanotubes are still rather challenging, except the cases of nanosized schemes – which, strictly speaking, are not very practical for general public applications – making nanotube reinforced macrocomposites seems to be a feasible and widely acceptable strategy.

Among such macrocomposites, to date, the most developed branch has been the fabrication of polymeric ones. In fact, the polymers, having amorphous homogeneous matrices and no grain or other defect networks, opposed to metals or ceramics (and thus no issues of reinforcing fibers complex interactions with them) are the simplest to make fiber-reinforced composites. Nanotubes are a relatively new class of polymers fillers, but the factors historically affecting the performances of the conventional fibers-filled polymers should analogously be taken into account for them.

Needless to say, many technological problems still exist. Namely, they are: chemical compatibility of fibers and matrices, an effective load transfer, compactness of a composite, having no voids or cracks (which would later serve as stress concentrators leading to the overall materials weakness), and so on. Since polymer matrices may have different polarities and functional groups in their bodies, the surfaces of the reinforcing nanotubes should be altered accordingly. Therefore, applications of carbon nanotubes for effective polymeric composites should go along with smart findings of various ways to functionalize their surfaces to effectively solve all the above-mentioned practical issues.

In this book, edited by Vikas Mittal and entitled “Surface modification of nanotube fillers”, all the regarded state-of-the-art findings are thoroughly presented and discussed. The book covers all possible sorts of tube surface treatments that one can think of, toward functional improvement of the polymeric composites. Firstly, it basically distinguishes two main well-established approaches: covalent and noncovalent nanotube surface fuctionalizations. And secondly, the book details them, depicting the nice examples of layer-by-layer surface molecule ensembles, block copolymers, conjugated polymers, nanoparticles, and amine groups. Various strategies are presented and discussed, namely, nanotube ring openings and anionic, or cationic initiations, grafting through atom transfer, plasma treatment or dipolar cycloadditions.

The book should be of daily use for chemists and materials scientists working in the field of polymeric research and should serve as a practical guide for finding the smartest way of mechanical or functional property improvement of a given polymer. Although it is solely concentrating on chemistry and surface functionalizations of most studied carbon nanotubes in regards of their usages toward polymer reinforcements, many practical answers and theoretical clues may be found for whose working on other inorganic one-dimensional, e.g. nanotubes, nanowires, or two-dimensional systems, such as graphene-like nanosheets, made of boron nitrides or transition metal dichalcogenides, e.g. MoS2, WS2,TiS2,TaS2 and ZrS2. The latter are becoming more and more popular these days and in many senses may rival or overcome their sister all-carbon nanostructures. And, very likely, one day a separate book devoted to their surface functionalizations toward applications in diverse composites, at the same level of excellence in detail and specification, as the regarded one, edited by Vikas Mittal, will emerge.