Scientists have turned to string theory to better understand black holes, proposing they can be modeled as "fuzzballs" made up of interacting strings. 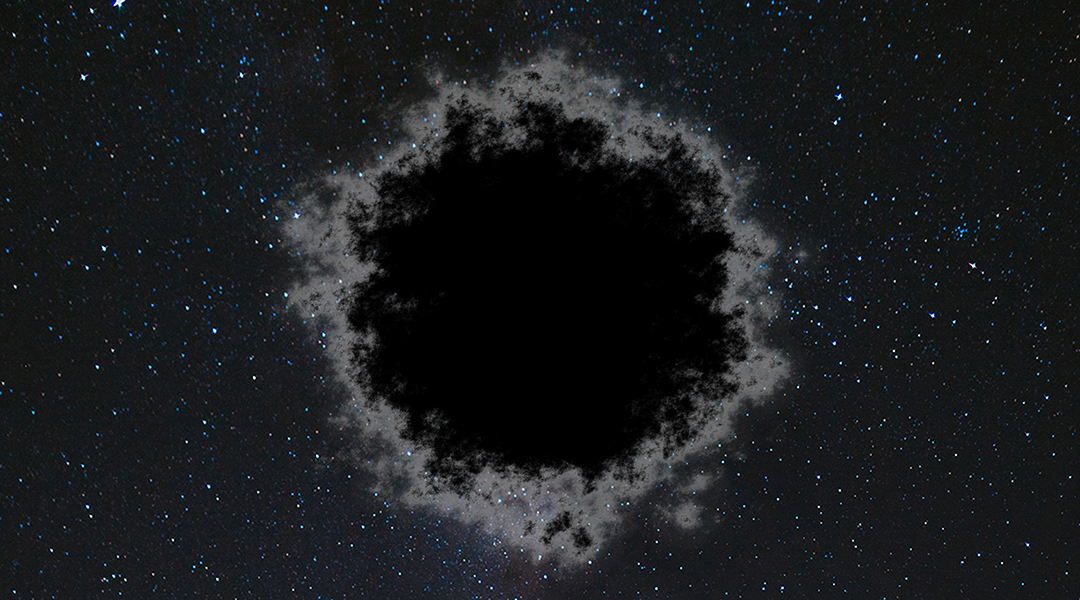 Black holes are among the most mysterious objects in the universe. For more than a century, physicists have used Einstein’s theory of general relativity to describe them, treating gravity as a deformation of spacetime created by the energy and momentum of particles and fields.

In this theory, a black hole is considered an infinitely dense point called a singularity, which is surrounded by a spherical surface known as an event horizon — or just a horizon for short — with empty space existing between them. The gravity in the region beneath the horizon is so strong that no particles or waves can escape it, and are doomed to fall into the singularity.

Black holes are also characterized by only three parameters: mass, electric charge, and angular momentum encoding its rotational properties. However, this contradicts a quantum mechanical principle called a unitarity of time evolution, which states that the information must not be lost during the time development of a physical system.

Black holes are formed from huge amounts of matter consisting of an enormous number of particles that each have their own set of physical parameters. If the classical description of black holes is correct, then the “information” about the matter used to create them has definitely been lost given the simplicity of the that description implied by the “no hair” theorem. This is known as the black hole information loss paradox.

A group of American physicists led by Samir Mathur from Ohio State University has sought to resolve the paradox in a new paper published in the Turkish Journal of Physics. They propose replacing the convenient general relativistic picture of black holes as empty space, with all its mass located in its center, with a ball-shaped mess of interacting strings called “fuzzballs.”

These hypothetical objects have neither a horizon nor a singularity, and have sizes similar to those of same-mass black holes. This concept of a black hole fuzzball is based on string theory, a modern theory whose central postulate is that elementary particles, which are often considered as being point-like, are actually tiny vibrating strings with different oscillation modes that correspond to different types of particles. These string theory fuzzballs are characterized not by three numbers, but by a huge number of parameters composed of all the strings they are made up of, resolving the information loss paradox.

Black hole fuzzballs also help rectify another paradox in black hole physics. In the 1970s, Stephen Hawking analyzed the electromagnetic field in the vicinity of a horizon and predicted that black holes radiate photons in a similar way as heated bodies, such as stars or pieces of burning coal.

The mechanism of this hypothetical radiation emitted by a black hole results from the creation of photons in the vacuum outside its horizon due to quantum effects. Some of these particles cross the horizon and fall to the singularity, whereas others manage to escape the black hole’s gravitational field and travel away. In principle, they can be observed in the same way we see the light emitted by the Sun and other hot bodies. This radiation is known as Hawking radiation and has yet to be detected as its energy is so low that it exceeds the sensitivity of current instruments.

The difference between Hawking radiation from black holes and electromagnetic wave emissions from heated bodies like stars, for example, is that in the latter, the photons are generated by interacting elementary particles, and not in the vacuum.

Because of this peculiarity in how black hole radiation is generated, the photons’ emitted during a black hole’s lifespan, would have an entropy that is too large for the process to be consistent with the general principles of quantum mechanics, which demand this entropy to be smaller than the entropy of the black hole.

In order to solve this paradox, physicists have considered something called a “wormhole paradigm”, which requires that both the photons that escape the black hole’s gravitational field as well as particles that fall into it should be considered when accounting for entropy. If one defines the Hawking radiation as a union of these two sets of particles, then the quantum mechanical correlations between them reduces the entropy of the black hole’s radiation, resolving the paradox.

But the Ohio State researchers’ analysis suggests that all realizations of this paradigm lead either to non-physical, larger-than-one probabilities of certain phenomena — the aforementioned violation of unitarity — or to a violation of the original Hawking proposal that black holes radiate like heated bodies. Instead, Mathur and his colleagues found these issues don’t arise if black holes are considered not as objects with a singularity and a horizon, but as string theory fuzzballs with radiation produced by the interacting strings.

While the theory might work on paper, detecting this low-energy radiation is another challenge. It has been predicted that the interaction between the black hole’s gravitational waves and the fuzzball’s surface would leave an imprint in its spectrum. Many scientists hope to be able to register such a subtle change with next generation Earth-based and space-based gravitational observatories, allowing them to determine if the fuzzballs are real or not.