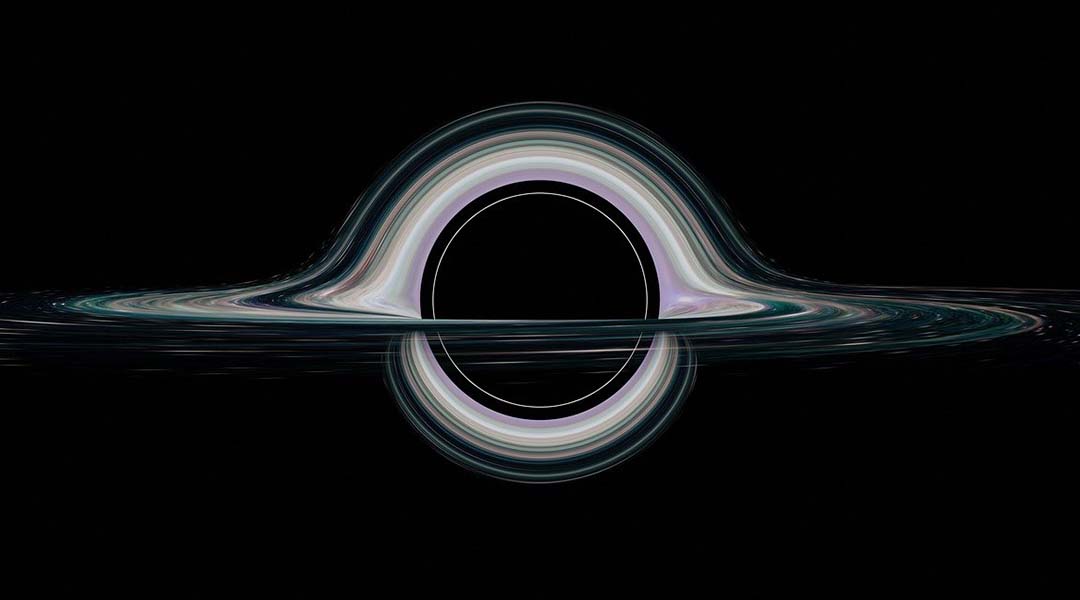 Recently, a group of theoretical physicists has analyzed the process of gravitational wave emission and showed that the proposed space-based gravitational wave detector, LISA, will have enough sensitivity not only to detect more black hole mergers, but to measure a feature of spinning black holes — an asymmetry between their northern and southern hemispheres in particular — that will help elucidate a longstanding mystery.

Asymmetry and the theory of quantum gravity

The asymmetry is imprinted in a precise waveform of the gravitational radiation and is absent in the theory of general relativity, the most accepted theory of gravity, but is predicted by its quantum extension.

Quantum mechanics has been successfully used to study and explain the behavior of atoms, nuclei, and subatomic particles, while general relativity, which describes gravity as a curvature of spacetime, explains and predicts the dynamics of stars, galaxies, and the universe as a whole.

The unification of quantum mechanics and general relativity has been a formidable task made difficult by the fact that the usual rules of quantization required to convert a classical theory into a quantum one don’t appear to work for gravity.

Since the typical scale of physical systems described by these two theories differ by many orders of magnitude, there is no need to use both simultaneously to describe a given event or behavior. But sometimes this is necessary. For example, a quantum mechanical description of gravity is needed to understand what happens in the vicinity of black holes’ surfaces and centers, as well as describe the behavior of the universe during the first moments of its life.

So far, theoretical physicists have proposed a number of theories for quantum gravity, but experimental studies are extremely complicated. The problem being that the typical energy scale at which the quantum gravity effects become important in the elementary particles’ interactions — which scientists usually study to understand the fundamental physics — are many orders of magnitude higher than the energies that can be achieved in colliders. For this reason, researchers have been seeking another way to explore it.

The most promising systems in which these effects are possible to measure are black holes, and physicists have already begun probing quantum effects in their physics by studying their membranes, which should exist above a black hole’s surface according to some theories of quantum gravity.

Recently, two scientists from the Institute for Theoretical Physics in KU Leuven have proposed that studying these waves can also be used to measure the asymmetry between the northern and southern hemispheres of spinning black holes, giving us another chance to study quantum gravity with gravitational waves.

The best way to identify this, the researchers say, is to analyze the amplitude and spectrum of gravitational waves emitted when a relatively light black hole with a mass just a few times larger than the mass of our Sun is consumed by a supermassive neighbor — a process that physicists call extreme mass-ration inspirals. The gravitational radiation generated in such events should carry an imprint of the aforementioned black hole asymmetry.

This problem could be solved with the launch of NASA’s space-based gravitational wave observatory, LISA, which will have a much greater sensitivity to tiny changes in the spacetime geometry caused by passing gravitational waves.

LISA consists of three spacecrafts arranged in an equilateral triangle with sides that are 2.5 million km long (in comparison to 4 km arm lengths of LIGO), and moves along an Earth-like orbit around the Sun. When spacetime is distorted by celestial bodies found in our Solar System, the distances between the spacecraft stay the same. But when a gravitational wave passes through the LISA orbit, it leads to small oscillations in the triangle side lengths.

In order to detect these oscillations, laser beams are set up to travel between each spacecraft. When the distances along which the light beams travel change, a pattern in the combined beam signal changes as well, signaling the detection of the wave. The amplitude of the distance change between the spacecraft is proportional to the distance itself. The giant size of the space observatory will allow it to detect very small oscillations in the spacetime geometry, making it extremely sensitive. To put into perspective, LISA is expected to be able to measure relative shifts in the position of each spacecraft at distances that are less than the diameter of a hydrogen atom.

Its launch scheduled for the mid-2030s, and hopefully, it will allow us to put our theories of quantum gravity to the test.

Pioneers in Science: Lise Meitner
Could a human settlement on Mars be sustained with carbon dioxide?
Standard Model tested with record-breaking accuracy
Explaining the Universe's accelerated expansion without dark energy