Discover how the hydrophobicity of Pickering emulsions affects enzyme activity. 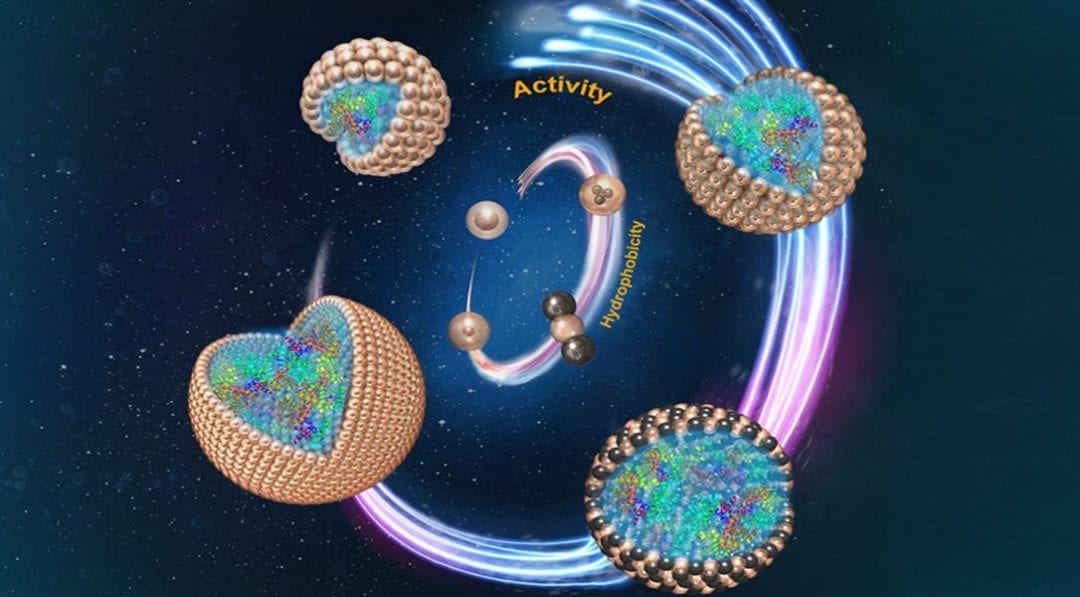 Recently, a research group led by Prof. Wei Qi at the School of Chemical Engineering and Technology, Tianjin University in China has successfully produced various magnetic Pickering emulsions stabilized by four types of Fe3O4@SiO2 nanoparticles (NPs) with similar chemical compositions and particle diameters but different surface characteristics. They investigated the effect of the structure of the colloidal particles on the stabilization of magnetic Pickering emulsions (MPEs) for enzyme catalysis. The magnitude of enzyme activity measured in the four types of MPEs were highly dependent on the hydrophobicity of the Fe3O4@SiO2 NPs, which influenced the specific surface area of the emulsion droplets and the interfacial mass transfer of substrates and products. Specifically, the more hydrophobic Fe3O4@SiO2 NPs displayed higher specific surface area of the emulsion droplets and hence higher enzyme activity.

The facile production of the magnetic Pickering emulsions described in this work proves to be a promising method for more convenient separation of enzyme carriers in various biotechnology applications. In addition, the reported data provide new insights into the mechanism of stabilization of Pickering emulsions for enhancing enzyme activity and demonstrate efficient theoretical references for enzyme immobilization and synthesis of stable and active biocatalysts with high recyclability.

Absolute zero: A counter-intuitive energy transition
Making muscly mice in micro-gravity
Bacteria engineered to protect bees from pests and pathogens
How can we make CRISPR safer?