A new protocol provides insight into the formation and migration of blood vessels in 3D printed scaffolds. 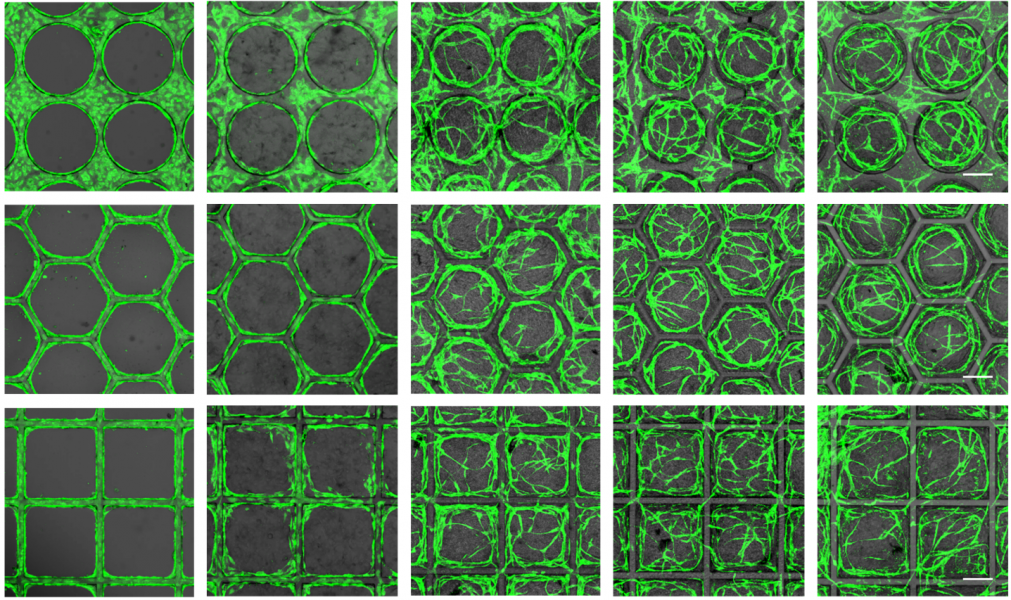 Replicating organs or human tissues in a laboratory is slowly becoming more than a sci-fi dream thanks to the growing research field of tissue engineering and regenerative medicine. These developments are made possible by rapid advances made in the past decades in fabrication techniques that allow the creation of complex and precise structures.

A significant challenge lies in turning these models into living materials capable of mimicking the functions of actual organs or tissues. For native tissues to thrive, even the innermost parts must have access to the nutrients required for cellular growth and tissue assembly. Vascular networks, in particular microvasculature, are responsible for transferring nutrients from the blood stream into tissues, and are critical for eliminating metabolic waste.

Currently, the prevalent method used to vascularize artificial tissues involves co-culturing of endothelial cells (ECs, which can reorganize to form tubular structures) with support cells (SCs, which can differentiate into mural cells—important cells found in the vasculature of both embryonic and adult tissues). Endothelial cells are an important component of capillaries and blood vessels, and when introduced into a 3D matrix, they have been shown to spontaneously self-assemble into randomly organized vascular networks. Mimicking native vasculature, however, requires a greater understanding of the governing factors of early tubulogenesis.

In a collaboration between Technion, Israel and the University of Michigan, researchers have developed a two-step seeding protocol to not only understand and model the sprouting of blood vessels, but to control their growth.

In this protocol shown on the right, ECs and SCs (in this case dental pulp stem cells) are seeded onto 3D printed scaffolds of various tessellated geometries (circular, square, rectangular, and hexagonal). With this technique, insight could be gained into the sprouting decisions with respect to scaffold geometry.

For example, in polygonal compartments, new vessels tended to form from the center of the scaffold walls and migrate towards the opposing corner. Additionally, a correlation was observed between the amount and types of proteins produced by these cells and the sprouting decisions, potentially allowing the prediction or tracking of vessel formation.

Using this two-step seeding method, highly organized and homogeneously distributed vascular networks with hollow vessels mimicking the compartment shape were achieved with high fidelity. The researchers propose that the combination of this new protocol, which provides an insight into the sprouting behavior of cells, along with precise fabrication methods, could bring about the possibility of creating the complex vascular features required for more intricate structures.

Although we may be a far cry from engineering living organs, these tissue replicas could prove useful in applications like replacements for animal models, for drug screening, or for cosmetic testing.