The production of kerosene directly from carbon dioxide and water promises to be a game-changer in the energy field. 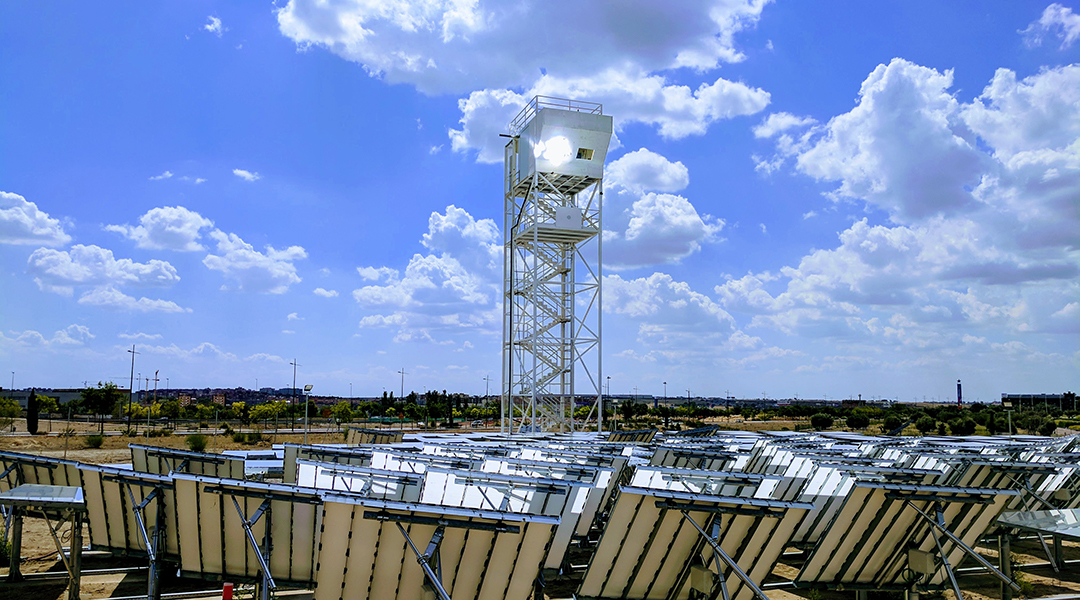 Until the Industrial Revolution, the Earth’s carbon dioxide (CO2) cycle kept our climate in balance. Nature’s photosynthetic cycle “inhaled” CO2 and water to create the oxygen we breath and the energy-rich carbohydrates we consume — consequently, our atmospheric conditions were stable, with CO2 concentrations at 287 ppm.

Inconveniently, fossil fuels have disrupted the balance, and atmospheric CO2 concentrations have grown to 417 ppm. Now, we are engaged in the fight of our lives to meet the Paris Agreement goal of holding the warming to well below 2oC, which the Intergovernmental Panel on Climate Change (IPCC) indicates will require net zero global CO2 emissions by mid-century.

The IPCC modeling indicates that direct air capture, or DAC, up to a scale of 10Gt/CO2 per year will be needed to offset the remaining emissions in this time frame. Increased forest cover is part of the solution, but at-scale, it competes for land needed for food production. Thus, mechanical DAC with underground sequestration and storage, as well as mineralization, will also be needed. In this situation, it is generally agreed that business models for DAC, even with tax credits, will benefit from monetization of the captured CO2 for making synthetic fuels, dubbed DACU, where the “U” signifies utilization.

This is where the vision of copying photosynthesis to make energy-rich, sustainable hydrocarbon fuels from CO2 and water becomes germane. It has been a long, sought-after goal to drive this process using only solar energy, and while the science of “artificial photosynthesis” has been grand, technologies at-scale have remained elusive.

This is especially true of energy-intensive approaches that are reliant on solar electricity. They are not yet green and require water electrolysis using solar electricity to produce substantial amounts of hydrogen (H2). Part of this is to be consumed by the highly endothermic reverse water-gas shift reaction (H2 + CO2 = H2O + CO, driven by heat above 800°C), to obtain syngas, a hydrogen/carbon monoxide mixture, (H2/CO). The syngas then has to be post-processed to provide the required purity and ratio of H2:CO deemed optimal for the synthesis of hydrocarbon fuels via the Fischer-Tropsch reaction. Clearly, this is a multi-step approach that suffers from critical energy penalties along the way.

The final step, the Fischer-Tropsch reaction, utilizes iron, cobalt, and ruthenium-based catalysts to convert a tailored mixture of syngas (typically with a molar ratio H2:CO of about 2) through a sequence of surface chemical reactions to saturated hydrocarbons, alkanes, formulated CnH2n+2 according to the reaction equation:

where lighter gaseous and heavier wax can be separated from the targeted liquid phases by distillation. The final products are drop-in fuels — synthetic alternatives for petroleum-derived liquid hydrocarbon fuels, such as kerosene, gasoline, or diesel, which are fully compatible with the existing global infrastructures for the storage, distribution, and end-use of transportation fuels.

Solar kerosene from CO2 and water

Published recently in the journal Joule is a paper that represents a giant leap in progress, and promises to be a game-changer in the field of solar energy. It presents the science and technology behind the production of sustainable kerosene directly from CO2 and water using solar towers and thermochemical reactors. Remarkably, the usual three-step process for making Fischer-Tropsch syngas — namely, solar electricity, electrolysis, and reverse water gas shift — are replaced by a single step process.

This incredible accomplishment has been demonstrated in a fully-integrated solar tower fuel plant on a scale relevant to industrial implementation. Particularly noteworthy, the solar-synthesized kerosene can serve as a drop-in replacement for kerosene derived from fossil resources. Notably, solar kerosene benefits from an existing global jet fuel infrastructure and can be used directly in jet engines, critical for the long-haul aviation sector.

The scaled technology is the culmination of many years of pioneering solar thermochemical research by the ETHZ Zürich group spearheaded by Aldo Steinfeld, professor of renewable energy carriers. The defining feature of his group’s research is the co-splitting of water and CO2 via a thermochemical redox cycle driven by concentrated solar energy, tailored by design to selectively produce syngas with a H2:CO ratio suitable for Fischer-Tropsch kerosene synthesis.

The redox cycle utilizes cerium dioxide (CeO2) redox chemistry and applies a temperature-pressure swing for switching between stoichiometric (CeO2) and non-stoichiometric (CeO2-x) forms of the material. The oxygen vacancies generated in CeO2-x where x = 0.031, function as oxygen abstraction active sites for converting water to hydrogen or CO2 to carbon monoxide or water-CO2 mixtures to syngas H2-CO, with the concurrent regeneration of CeO2, thereby completing the redox cycle.

This all occurs in a 50-kW solar reactor in which sunlight is focused into an optical cavity containing a reticulated porous ceramic (RPC) structure made of ceria directly irradiated with a mean solar flux concentration of 2,500 suns. The system was operated for 62 consecutive redox cycles, yielding over 5,000 normal litres of syngas containing 32% H2 and 15% of carbon monoxide. This solar-made syngas was processed via Fischer-Tropsch to liquid hydrocarbons with carbon numbers in the kerosene and diesel range.

To amplify, an impressive solar-to-syngas energy conversion efficiency of 4.1 ± 0.8% was achieved in the absence of heat recovery. This efficiency value is a world record for solar thermochemical fuel production, but higher values are required to make the process economically competitive. The group at ETH Zurich and several research groups around the world are working intensively towards optimizing the solar fuel technology. In next-generation solar kerosene refineries with integrated heat management and improved activity redox active perovskites, the solar-to-syngas conversion efficiency is expected to be boosted into the 10-20% range.

The solar thermal kerosene refinery described here is a classic example of how to build an integrated, renewable energy infrastructure where the three essential subsystems for converting H2O and CO2 into synthetic kerosene (i.e., the solar concentrating subsystem, the solar reactor subsystem, and the gas-to-liquid unit) are integrated into a single facility.

Five key performance metrics of the solar reactor, the cornerstone for industrializing solar kerosene technology, have been reported in this study: reaction selectivity, syngas quality, fuel purity, energy efficiency, and material stability, all crucial for validation of operational stability and complete integration into a solar tower fuel plant.

Prospects are favorable for an industrial implementation of the technology in the near future. Synhelion, a spinoff from Steinfeld’s lab, is already planning the commissioning of the world’s first industrial solar tower fuel plant in 2023, and SWISS announced it will be the first airline to fly with solar kerosene.

Thus, this solar kerosene pilot plant is a giant technology leap towards making the aviation industry sustainable, renowned as one of the major anthropogenic greenhouse gas emitters, amounting to 10% of transportation, 3% of the total.

This advance represents a pivotal milestone in the realization of sustainable aviation fuels, an essential ingredient in the transition to net zero.

The significance and influence of personal experience when climate change comes home
A biomimetic water collection structure derived from cacti
How do we know if our adaptations to climate change are successful?
Chemical recycling of plastic waste provides useful feedstock