For many, the Paris Agreement was a breakthrough, yet its focus on cooperation and joint action is not enough to tackle the climate crisis. 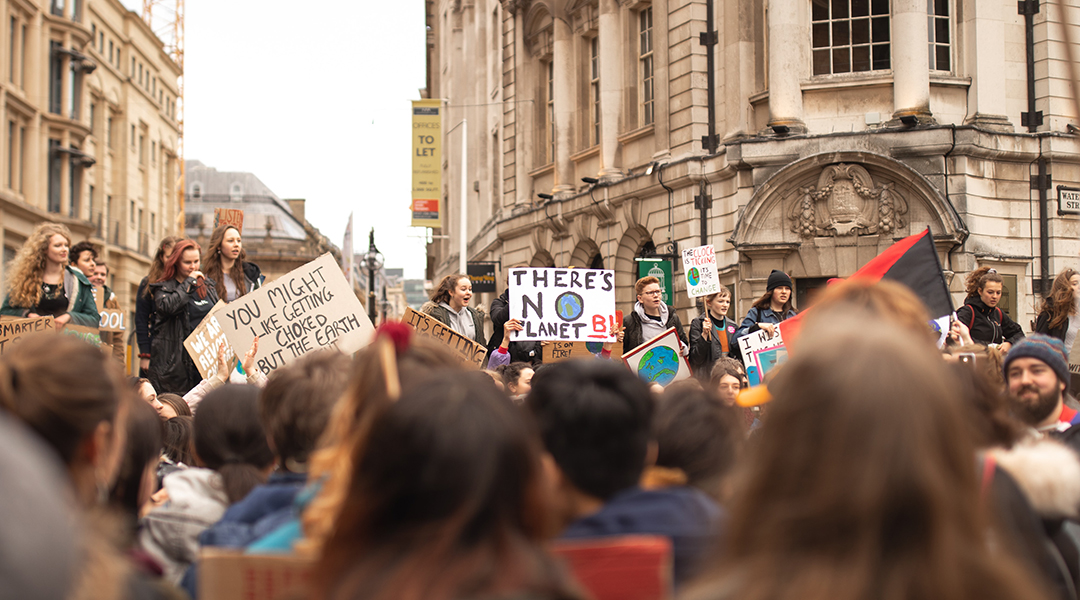 In 2015, the Paris Agreement was celebrated as a milestone in international climate politics. Aiming to limit global warming preferably to 1.5°C above pre-industrial levels, states have outlined and updated their efforts to mitigate climate change ever since. These combined commitments, however, do not add up to the emissions reductions required to meet the overall target.

Achieving the Paris Agreement’s goal rests upon the hopeful assumption that the climate crisis can be solved through voluntary commitments by states in conjunction with collaborative efforts by all members of society, in all sectors. Not surprisingly, national governments have called businesses, civil society, and municipalities to the rescue as implementors and supporters of a state-led climate change agenda. The UN Global Climate Action portal lists almost 30,000 activities by companies, environmental NGOs, cities and municipalities. Even trade unions, farmers and youth activists contribute to joint commitments.

Such optimism and a focus on the opportunities emerging from a collaborative climate change regime raises serious concerns. It tends to leave out action that cannot be measured in CO2 emissions, such as awareness raising campaigns or educational training. It also neglects the importance of confrontation and critique through events like street protests, and it decreases the pressure on national governments when municipalities and businesses jump in to reduce emissions. Even all commitments from states and organizations combined will still fall short of achieving the target set in Paris, which leads to “a massive credibility, action, and commitment gap.”

Taking stock of these recent debates and shedding light on the multiplicity of roles assumed by a broad range of organizations, ranging from transnational companies to indigenous peoples’ rights groups, we see the risk of a market-driven, techno-centric, and apolitical climate governance system with a narrow focus on emissions reduction through voluntary pledges.

Research needs to widen its perspective and go beyond questions of compliance and collaboration, and instead engage more with the role of conflicts, ambiguities, and contestation in climate politics. For example, solar power technologies clearly reduce emissions from energy production, but they also create new conflicts such as unsustainable resource extraction or privileged energy access especially in the Global South.

Acknowledging these complexities requires an honest conversation about the risks and opportunities of new ideas and technologies. And affected groups such as youth or indigenous people must have a stronger voice in that debate.

The Paris Agreement, though important as a global guidance, has a dark side; namely, risks of co-opting and tokenizing climate action. For example, youth organizations complain about “youth washing’” at international climate conferences. While some countries have appointed official youth delegates and pose with them on social media, they often feel restricted in their ability to formulate critique.

The climate talks in Glasgow, which took place in the fall of 2021, resulted in record-breaking pledges with regards to emission reduction targets. However, there was a general feeling of tokenism about the whole event and a frustration around the “most elite and exclusionary” climate change conference ever held.

By inviting all kinds of organizations to the very system that failed to tackle climate change in the first place, they risk being co-opted rather than promoting alternatives. Instead of challenging established routines, they are prone to protect the regime, i.e., aligning with the existing ambition and working trajectory of the governance context they enter.

In response, Glasgow also attracted a number of unofficial workshops, protests, and an alternative climate summit led by climate activists from around the world. The fact that they intentionally gathered outside the regular climate talks was very telling.

Inside the official COP26 venue, the Climate Action Hub provided a vivid example of how these threats materialize during the climate negotiations. There, an open space was given to industry groups, researchers, and environmental organizations to stage events and share their perspective with a focus on “concrete climate action”. Their stories — told at distance from the actual climate change negotiations — were full of hope for rapid societal change and optimism over new technological innovations.

Speakers highlighted the need for cooperation across sectors and political divides, thereby avoiding open conflicts with established industries. For example, electric vehicles and climate-friendly steel production were promoted as important solutions instead of discussing the reduction of steel consumption or the need for shared mobility concepts.

Or as one climate activist attending the meetings put it: “The climate talks are a massive form of distraction, and they prevent more substantial change that is actually needed.”

The beauty of contestation

Promoting climate-friendly innovations is not enough when they co-exist with dirty industries. At the climate negotiations in Glasgow, countries expressed their commitment to clean energy sources, but they failed to deliver a strong sign to phase out coal. Too often, these issues are not being addressed. Instead, climate action focuses on perceived win-win solutions and technological innovations.

To better address issues of contestation and engage with the political implications of climate action, more research on the “dark side” of the Paris Agreement and the international climate regime is needed. Scholars should explore if and how new social movements, such as Fridays for Future or Extinction Rebellion, can influence the international climate talks. In addition, we should pay more attention to the role of marginalized groups, such as youth or indigenous peoples, instead of focusing on measurable climate mitigation targets.

Weisser and Müller-Mahn called Paris “not the right moment for climate activism to rise from the shadows of the COPs. But maybe post-Paris is.” To find out whether or not this is true, we need to engage with the risks of a facilitative regime to challenge them in order to drive progressive and meaningful change.

Editorial: Climate Week 2019
Water scarcity has a solution: Wastewater
Global heating may be fast and sudden—and current climate models don't predict it
Seeking connection through art in a pandemic