Major climate change effects are irreversible, though there is still a small window of time to mitigate the worst. 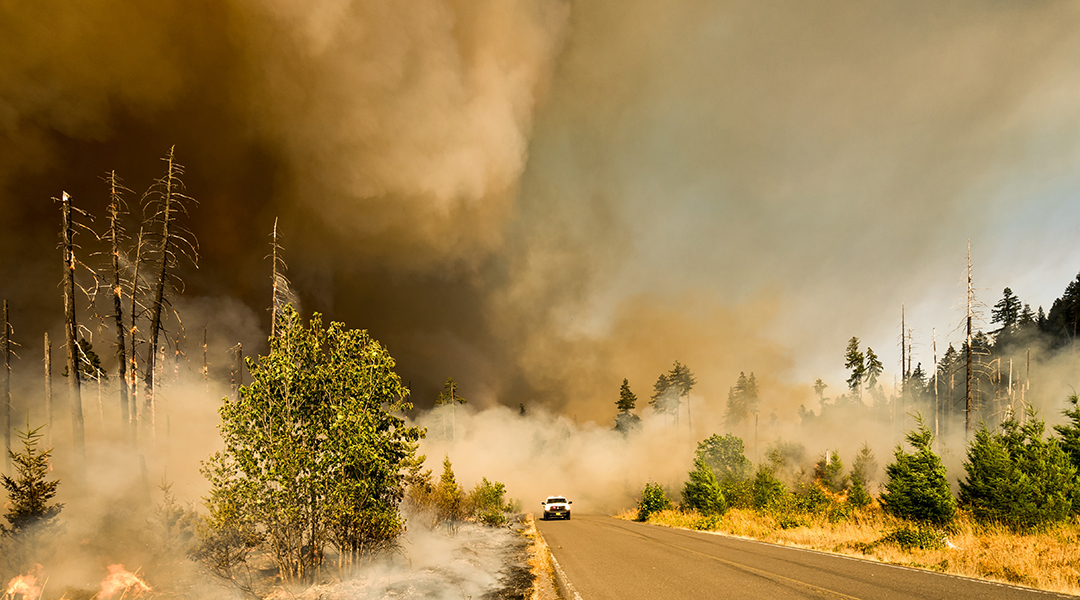 Scientists and activists have been warning about climate change for decades with its effects now being felt the world over. Catastrophic flooding, drought, heat, and wildfires are being observed in every region across the globe, and unless drastic and immediate action is taken, our ability to limit warming to close to 1.5 °C — or even 2 °C — will be beyond reach, say Intergovernmental Panel on Climate Change (IPCC) scientists.

The report, published today, details how observed increases in greenhouse gases concentrations since around 1750 are “unequivocally caused by human activities”, resulting in unprecedented damage to the planet. This is the panel’s first global assessment of the physical science behind climate change since 2013, and its sixth report since 1988.

According to Dr. Stephen Cornelius from WWF and an observer at IPCC meetings, there have been significant improvements to climate science in the last decade. “Our models have gotten better, we have a better understanding of the physics and the chemistry and the biology, and so [scientists] able to simulate and project future temperature changes and precipitation changes much better than they were,” he said in an interview with the BBC. “Another change has been that attribution sciences have increased vastly in the last few years. We can make greater links between climate change and extreme weather events.”

This report is a stark warning, and will likely be the last to be published within the time frame necessary to make substantive changes to remain below the 1.5 °C limit. Speaking to the Guardian, Joeri Rogelj, director of research at the Grantham Institute, Imperial College London, and an IPCC lead author said: “This report shows the closer we can keep to 1.5 °C , the more desirable the climate we will be living in, and it shows we can stay within 1.5C but only just — only if we cut emissions in the next decade. If we don’t, by the time of the next IPCC report at the end of this decade, 1.5C will be out the window.”

“This report is a reality check,” said IPCC Working Group I Co-Chair Valérie Masson-Delmotte. “We now have a much clearer picture of the past, present and future climate, which is essential for understanding where we are headed, what can be done, and how we can prepare.”

Temperatures are rising faster than expected

Each of the last four decades has been successively warmer than any decade that preceded it since
1850. In response to this alarming rise, in 2015, the international community made a commitment to keep global temperature rise to below 2 °C above per-industrial levels, and to pursue efforts to limit increase to 1.5 °C. Beyond this lower limit, climate tipping points — where warming causes permanent and irreversible shifts in the Earth’s climate systems, such as permanent loss of arctic sea ice — become more likely.

Temperatures are rising more rapidly than previously predicted. In the report, scientists modelled several emissions scenarios and their warming outcomes, and the results indicate that the 1.5 °C limit is likely to be reached before 2040, even with reduced emissions.

Even within this lower temperature limit, “there will be increasing heat waves, longer warm seasons and shorter cold seasons. At 2°C of global warming, heat extremes would more often reach critical tolerance thresholds for agriculture and health,” the report shows.

But these changes go beyond just temperature, with climate change triggering numerous and substantial changes in different global regions, all of which will have compounding effects. These include increases in the frequency and intensity of hot extremes, marine heatwaves, heavy precipitation, agricultural and ecological droughts in some regions, and an increase in proportion of intense tropical cyclones, as well as reductions in Arctic sea ice, snow cover, and permafrost.

The scientists’ model for sea level rise under different emissions scenarios indicates that a rise of 2m by the of this century “cannot be ruled out” with high emissions scenario– with a predicted 5m rise by 2150.

There is still a short window of time

The report also shows that human actions still have the potential to determine the future course of climate. The evidence is clear that carbon dioxide (CO2) is the main driver of climate change, even as other greenhouse gases and air pollutants also affect the climate.

“Stabilizing the climate will require strong, rapid, and sustained reductions in greenhouse gas emissions, and reaching net zero CO2 emissions. Limiting other greenhouse gases and air pollutants, especially methane, could have benefits both for health and the climate,” said IPCC Working Group I Co-Chair Panmao Zhai. This means an immediate shift away from carbon-based fuels. While these actions will stave off the worst effects of climate change, IPCC scientists say that we have reached a point of no return and the more moderate weather patterns of the past are unlikely to return.

The report will act as a basis for talks at the upcoming 2021 United Nations Climate Change Conference (COP26) in November, which was supposed to be held last year, but was postponed by the coronavirus pandemic. Alok Sharma, the UK minister responsible for the upcoming talks in Glasgow, UK, told the Observer yesterday that a failure to take urgent action against climate breakdown be “catastrophic”.

As we have learned from the current COVID-19 pandemic, prevention will be less costly and will save more lives than a last-minute “cure”.