Seahorse-inspired grabbing robots to help clean up our oceans

Researchers take a lead from seahorse tails to develop grasping robots that could help clear up trash from our oceans. 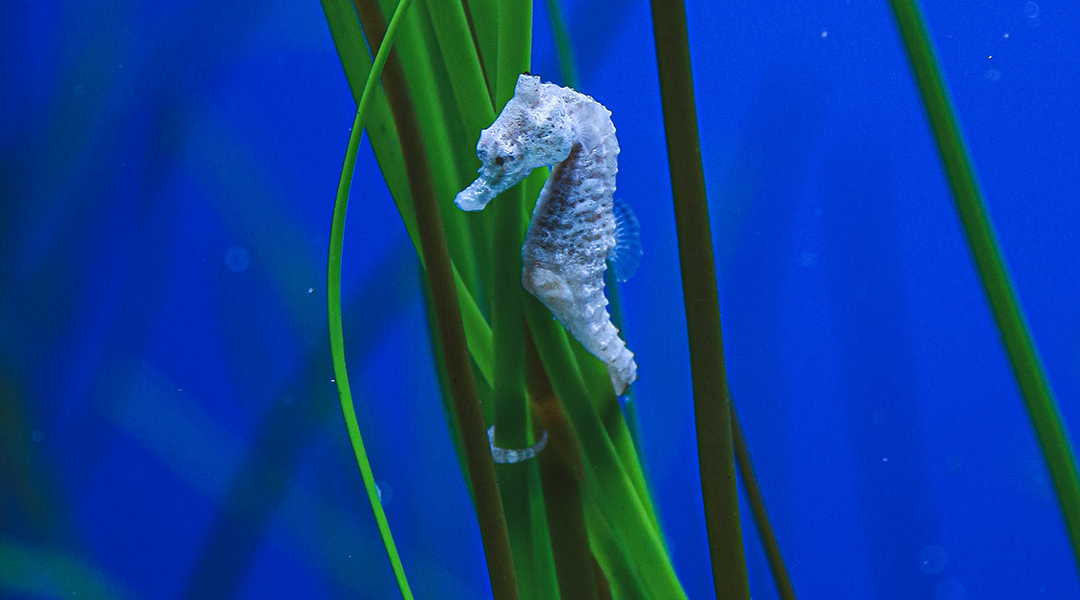 Seahorses are beautiful, delicate creatures, but a striking twist in their tail has led researchers to develop a new class of robotic limb. Seahorses can anchor themselves onto objects of varying shapes and sizes, from thin grasses to solid corals, and such versatile grasping ability is a sought-after function in robots that need to interact with unpredictable environments.

The limited degrees of freedom and rigidity of current grippers restricts grasping in many machines, hampering their use in applications from industrial assembly to underwater exploration.

Now, a collaborative team of researchers have got a good grasp on the challenge by studying the properties of seahorse tails. They used their findings to build continuum grasping robots — machines composed of rigid struts joined by flexible cables capable of clinging onto a variety of objects.

An ocean of possibilities for grasping robots

“Considering that we live on the land, we are more inspired by terrestrial animals,” Jianing Wu of Sun Yat-Sen University said. “However, our work reminds us that aquatic animals may open a new source of inspiration for robotic designs. We observed the specific morphology and motion of seahorses at a local aquarium, and their unique predatory strikes caught our attention.

“We noticed that seahorses could anchor themselves firmly to the sea grasses and coral reefs with their flexible, yet robust tails, allowing them to quickly attack prey at a stable posture.”

Their unconventional source of inspiration led to an approach, detailed in Advanced Intelligent Systems, that overcomes some of the challenges currently facing the design of continuum robots — robots characterized by a continuous spine of flexible joints.

Most state-of-the-art machines are formed of soft materials and hence have poor stability and motion accuracy, while more rigid structures lack the flexibility to adapt to unpredictable targets.

Secrets of the seahorse

The first step in moving from aquarium to laboratory was to model the mechanics of seahorse tails and understand how they function.

“We carried out theoretical modelling of the bio-inspired continuum robots to derive a mechanical model for predicting robotic configuration. The modelling part links the natural design of the seahorse tail to its deformations observed in experiments,” said Hamed Rajabi from London South Bank University.

They found that flexibility is made possible in part by the tapered shape of the tail. “That may reveal the mystery behind the ultra-compliance of the seahorse tail. At the same time, another fascinating idea flooded into our mind, we could further regulate these physical parameters to construct continuum robots for varying application scenarios.”

Having examined the biomechanics of the tails and modeled the action in theoretical simulations, the researchers set about putting the theory into practice. The resulting robotic arm is capable of grasping objects with a wide range of curvatures.

This versatility raises hopes of using this design approach in the real world, where conditions are rarely easy to control. The authors chose their practical tests with an important use in mind: “Protecting our environment is what we, as many other people, are very much concerned about,” said Rajabi. “That is why we tested the performance of our continuum robot for cleaning up floating objects with varying curvatures. This is only one among many potential applications, where our bio-inspired robot could help with environmental sustainability.”

The results were promising, but there’s more work to be done before these arms can dangle from boats like tentacles and sweep up unwanted debris polluting our oceans.

“For this to be successful, future studies should integrate other advanced technologies into our continuum robot, for example by equipping our design with flexible sensors to allow firm grasping of objects through real-time monitoring of the grasping force,” said Haijun Peng from Dalian University of Technology.