A robotic arm modeled after the human shoulder

Using soft materials, researchers have developed a robot arm that mimics the rotational movement and structure of the shoulder. 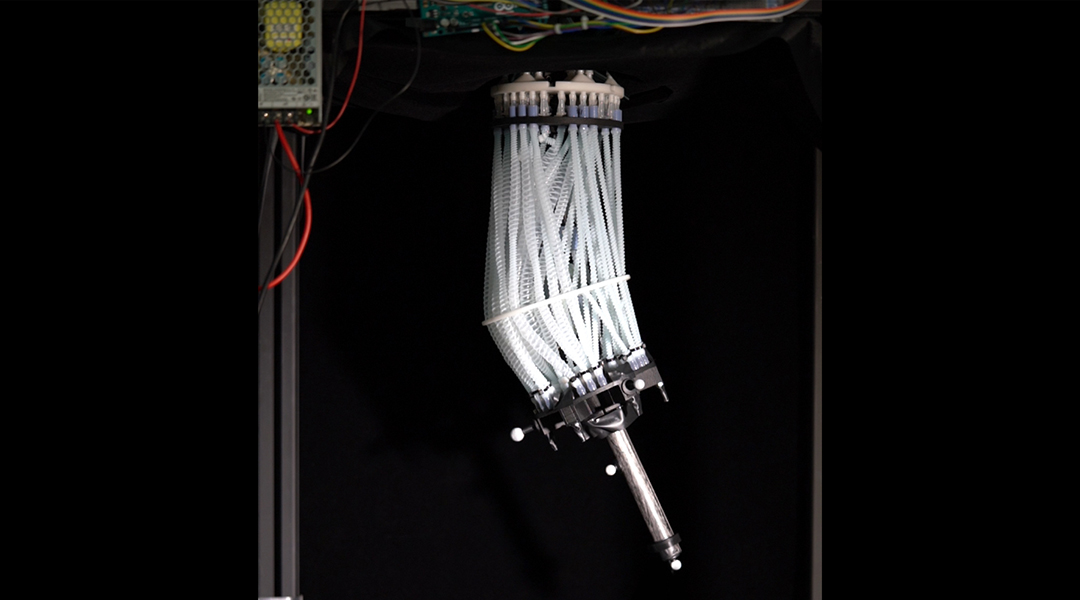 Researchers have developed a robotic manipulator based on the human shoulder that utilizes soft materials and bundles of artificial muscle fibers. The robot arm could potentially work safely with humans in close quarters, performing tasks as varied as picking up an object, installing a part, polishing a surface, welding a gap, or even holding a baby.

Robots are becoming increasingly widespread in industry and our homes, even being adapted to wearable devices and prosthetics for the physically impaired. This means it is increasingly common for these machines to be called upon to perform everyday tasks that revolve around grasping, picking and placing, and manipulating objects.

Operating close to the human body is inherently risky, and this is especially true for robots with rigid-body parts and conventional mechanisms as a clash with humans could present. risk of injury. This can limit the usefulness of robots by restricting the environments in which they can be used and the tasks they can perform.

As a result, researchers are increasingly turning to soft materials to build their robots.

A new paper published in the journal Advanced Intelligent Systems by researchers from Tsinghua University in Beijing details the creation of such a soft-bodied robot with a design straight from nature.

“We used soft materials to invent a bioinspired shoulder joint and fabricate artificial muscle fibres,” said Huichan Zhao, one of the study’s authors. “We placed the artificial muscles into bundles and arranged them in a way similar to the muscle arrangement around the human shoulder.

“Multiple modules could be connected in series or in parallel, to create a robotic manipulator with more degrees of freedom and a larger range of motion.”

Zhao explained that the anthropomorphic musculoskeletal machine designed by the team successfully achieved controlled, multi-axis rotational motions like our shoulders.

“It is as compact and lightweight as its natural counterpart due to the material we selected and structural improvements we made,” the researcher continued.

The arm is a passive joint covered by a membrane that has a range of motion greater than 180 degrees in three directions and has a large load-bearing capacity. The stability described by Zhao is the ability of the arm to operate without dislocation.

The joint is actuated by an artificial muscle fibre made from silicone rubber placed into groups of 60, which are then arranged into 12 independent bundles. These can be brought together to perform a range of activities.

The arm has several potential applications ranging from operating in environments in which humans have to live or work and in which a more flexible soft robot may be a safer option. Examples that Zhao gives involves simple tasks like prosthetics that open jars or bottles — things that sound straight forward but are difficult for machines with hard parts.

The arm could also be deployed as a more natural prosthetic that can perform delicate tasks in a way that is similar to the human arm.

Scientists and engineers have been taking inspiration from nature for robotic manipulators for some time developing machines based on natural manipulators as diverse as elephant trunks, octopus tentacles, and even mammal tongues.

While the human arm may not be as flexible as some of the aforementioned appendages, it comes with the natural advantage — not only is it the manipulator we are most familiar with, but our entire lives and environments are built around its capabilities.

“Our musculoskeletal module design is inspired by the anatomy and function of the human shoulder,” said Zhao. “We aimed to build a robotic shoulder with equivalent mobility and stability as the shoulder complex.”

Zhao also explained why nature has provided so much inspiration for robots pointing to millions of years of ‘research and development’ provided by evolution. “Nature has evolved for hundreds of millions of years creating many excellent features in the process,” said Zhao. “These features can inspire robots with new functions and principles to better interact with the environment and do tasks.”

Detailing what is next for the system developed by the team saying Zhao said the researchers now aim to develop a robot with six possible degrees of freedom.

The researchers will also aim to devise more powerful artificial muscle fibres, potentially employing shape memory polymers  —  smart materials that can be deformed into a temporary shape and can be returned to their original state by an external stimulus.