Plant immunity to fungal pathogens developed millions of years ago

As plants evolved to live on land, so too did their immune systems, offering protection against dangerous fungi. 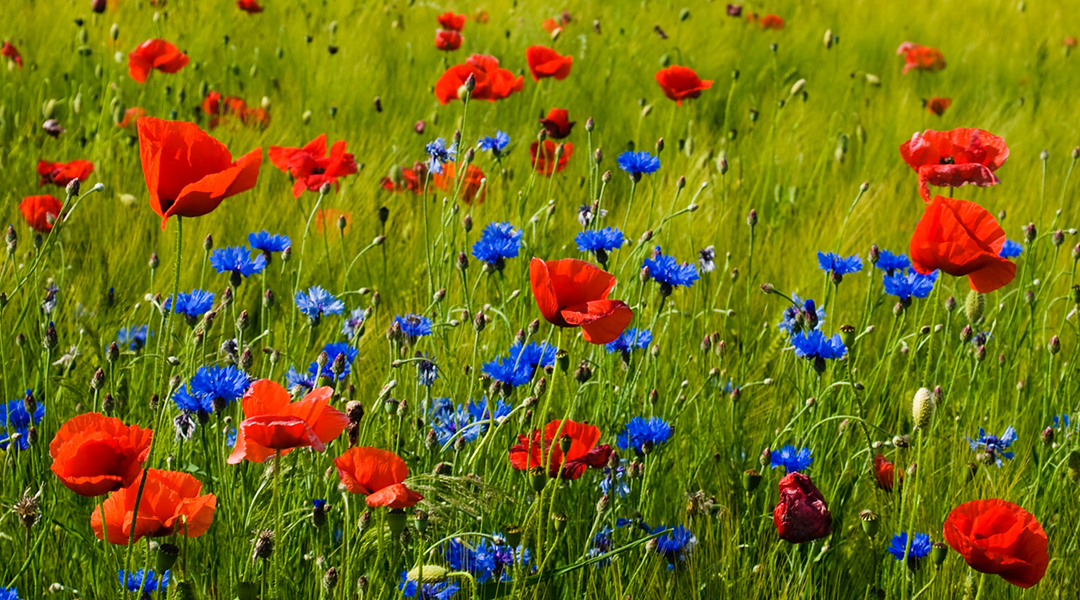 In the shift from water to land, the ancestors of present-day plants came upon fungi. Seeking nutrition, fungal pathogens attempted to bore through plant cell walls, leading to diseases and death. To successfully establish themselves on land, plants needed to fend off or otherwise manipulate these fungi.

A new study suggests that certain plant defenses make up an ancient, conserved mechanism seen in most terrestrial vegetation.

When faced with a fungal attack, plants may use papillae — structures that reinforce plant cell walls — and encasements that trap fungal matter at the point of entry. But scientists have long wondered whether these structures defend against fungal attack or welcome their entry to facilitate symbiosis, says Paul Schulze-Lefert, a researcher at the Max Planck Institute for Plant Breeding Research, in Cologne, Germany, who was not involved in the study.

Earlier studies found that a type of protein, PEN1, was integral to plant defense against powdery mildew, a fungal disease that affects a wide range of plants. Found in the plant cell membrane, PEN1 is a syntaxin — a protein that ferries various antimicrobials and cell wall material to the site of pathogen ingress.

Mads Eggert Nielsen, a researcher at the University of Copenhagen, Denmark, and colleagues wanted to better understand the roles of PEN1 and another syntaxin, SYP122, in plant immunity. Both these proteins belong to the same family of syntaxins called SYP12.

In their first set of experiments, Nielsen’s team tested what the absence of these syntaxins would do to the flowering plant, Arabidopsis thaliana, commonly known as thale cress. By deleting both genes that encode for PEN1 and SYP22 proteins, the researchers were able to whether the plants could stand their ground against fungal and fungus-like pathogens or if they would simply lay down their arms.

They found that mutant plants lacking both genes quickly succumbed to pathogens like powdery mildew and potato blight. Their experiments determined that both papillae and encasements in the plant cells were unable to form in the absence of these proteins to bar entry to the harmful fungi. This, according to Schulze-Lefert, lays to rest the long-held debate about their role in plant immunity.

“This is truly an immune response and prevents entry of invasive fungal and oomycete pathogens into plant cells,” he said.

The SYP12 clade of proteins, which includes PEN1 and SYP122, is known to be conserved across all terrestrial flora. So, the researchers wanted to see if these proteins  retained their immune function against fungi and other organisms across land plant species. In order to do so, the team turned to a descendant of the planet’s most ancient terrestrial plants: the common liverwort. Separated by 470 million years of evolutionary history, liverwort and thale cress are very distantly related.

During experiments, it was determined that while thale cress can survive in the absence of syntaxins — unless it has to deal with a fungal pathogen — common liverwort could not, making a comparison by studying what the lack of a syntaxin protein knockout would do to plant immunity impossible in this scenario. Instead, the researchers asked whether a syntaxin from the liverwort would be able to restore the function of a missing SYP122 protein in a mutant thale cress.

“We found that plants lacking PEN1 and SYP122 were no longer able to block the attack by a range of very distantly related pathogens,” said Nielsen. “In other words, this type of defense is highly effective and durable, and helps us to understand why plants are resistant to most pathogens and only susceptible to a few.”

Some fungi are able to subvert plant defenses, and Nielsen’s team is keen to explore how these fungi break down plant barriers. Plants that are susceptible to fungal attack could then be made resistant, affording them better protection.