With climate change, the weaponization of energy, lower satellite launch costs, incentives to harness space-based solar power are on the horizon. 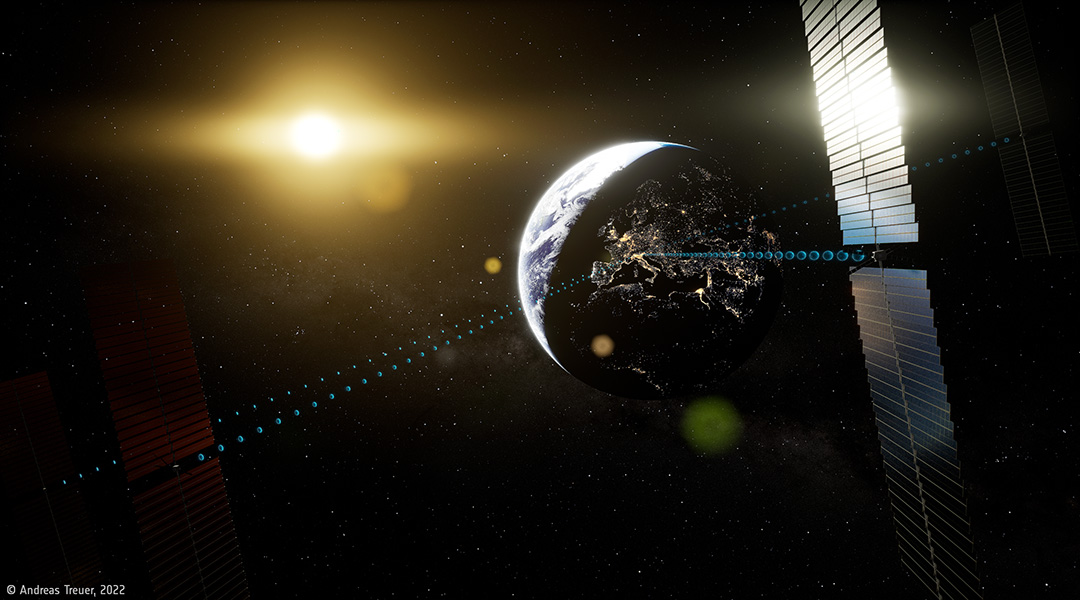 If the time to develop nuclear fusion technology is too long to save humanity from the looming effects of energy starvation, does there exist an alternative power source on the horizon?

Sounds like the science fiction world imagined by Isaac Asimov whose story Reason, published in 1941, foresaw a solar-powered satellite transmitting microwaves to an Earth-based antennae that converted microwave energy into electricity.

Asimov was possibly inspired by the prescience of space travel clairvoyant and Russian theorist Konstantin Tsiolkovsky. In 1923, he forecasted the beaming of concentrated sunlight from space by orbiting mirrors to provide pollution-free heat for a myriad of energy-demanding applications on Earth.

45 years later, NASA engineer Peter Glaser invented a solar-powered satellite. For this, he was granted a patent in 1973 that claimed transmission of microwave-generated power to “rectenna” receivers on Earth. The feasibility of this idea was founded upon the 1964 wireless power transmission research of US electrical engineer, William C. Brown.

These pioneers spawned an incredibly active field of science and engineering whose objective was to harness space-based solar power. This endeavor was launched in the 1970s with extensive research on solar-powered satellites by NASA, the US Department of Energy, and in 1979, the European Space Agency.

At a time when the economics of operating a space-based energy technology system seemed unattractive, today, with the existential threats of climate change, the weaponization of energy, lower satellite launch costs, as well as impressive advances in solar collection and concentration optics, as well as wireless power transmission for powering transportation and charging devices, the incentives for rising to this challenge have greatly improved.

Nowadays, the technological validity and economic viability of harnessing an unlimited supply of sustainable energy from solar power beamed wirelessly from space have been evaluated and are looking much more appealing. Evidence is growing from a number of solar satellite demonstrations, such as that launched by the US Naval Research Laboratory in 2020 designed to evaluate the feasibility of the technology. Other missions in the pipeline include those from Europe, UK, China, and Japan.

Now that all the technology needed for harvesting solar power on Earth from satellites exist and have been well tested, we can begin to imagine — in the not-too-distant future — a world in which the vision of Asimov, Tsiolkovsky, and Glaser includes a forever-free, 24-7 available, sustainable electricity source that is reduced to practice.

Of course, nothing is forever when it comes to the 2nd law of thermodynamics, although with the Sun — a burning ball of fuel that will run out one day when it turns into a red dwarf — it seems like forever from the perspective of the human timescale.

In such a utopian world continuously powered by the free power of the Sun, all our worries and cares about greenhouse gas-induced global warming and deleterious climate change would just evaporate into space!

Feature image: Space-Based Solar Power involves harvesting sunlight from Earth orbit then beaming it down to the surface where it is needed. Credit: Andreas Treuer/ESA