A new constellation of satellites promises to be a "game changer" in monitoring anthropogenic emissions on a global scale. 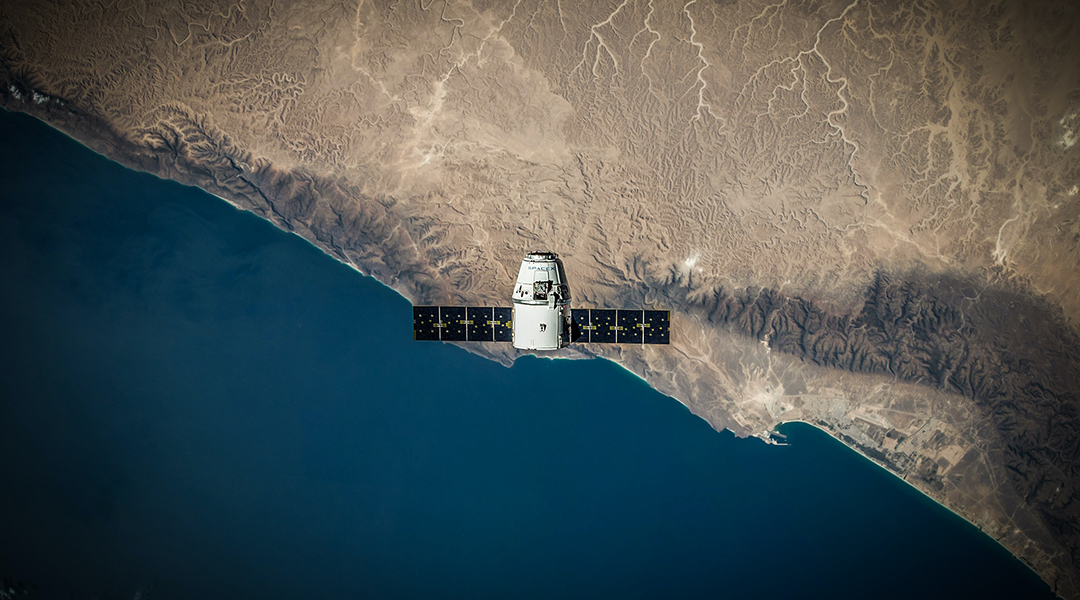 As leaders, scientists, and activists gather in Glasgow for the COP26 climate conference, many anticipate new, more stringent emissions goals to help keep global warming to 1.5°C above pre-industrial levels.

Announced yesterday at COP26, a collaboration between the Eurpoean Space Agency (ESA) and the EU’s Earth-monitoring program Copernicus will aim to launch a satellite constellation that will measure concentrations of carbon dioxide (CO2) and methane in the atmosphere to help countries better track their progress.

Under the Paris Agreement, governments agreed to “pursue efforts” to limit global heating by cutting or curbing greenhouse gas emissions, and to regularly report on their progress. However, there is currently no standardized means of monitoring anthropogenic emissions. But this is about to change.

“By combining satellite observations with computer modelling, the new anthropogenic CO2 emissions Monitoring and Verification Support Capacity (CO2MVS) promises to be a game-changer, enabling users to precisely pinpoint which component of emissions are anthropogenic, or resulting from human activity,” Copernicus program representatives said in a statement.

While there are currently numerous satellites tracking atmospheric greenhouse gas levels, the new CO2MVS will have unprecedented coverage, detail, and accuracy. “These satellites will be able to observe the entire globe in just a few days,” said the team. “What’s more, they will be able to look at individual carbon dioxide and methane sources, such as power plants and fossil fuel production sites.” This will help scientists better determine natural vs. anthropogenic sources.

The satellites will also integrate “all available information streams in a globally consistent way”, something that current systems do not do. The data will be integrated into computer models of Earth’s atmosphere and biosphere used by the Copernicus Atmosphere Monitoring Service (CAMS) to support policy- and decision-making with respect to climate change through consistent and reliable information gathering.

The team plan to deliver the main elements of a CO2MVS prototype at the end of 2023, and expect the system to be fully operational by 2026 — in time for nations to review their progress toward meeting Paris Agreement targets in 2028.

“Since the start of the industrial revolution, we have seen carbon dioxide levels increase faster than ever before, and there is an increasing urgency to take real steps to make very significant emission reductions,” Richard Engelen, deputy director of CAMS, said. “By providing globally consistent and high-quality data on anthropogenic emissions we can support policymakers with this enormous challenge.”