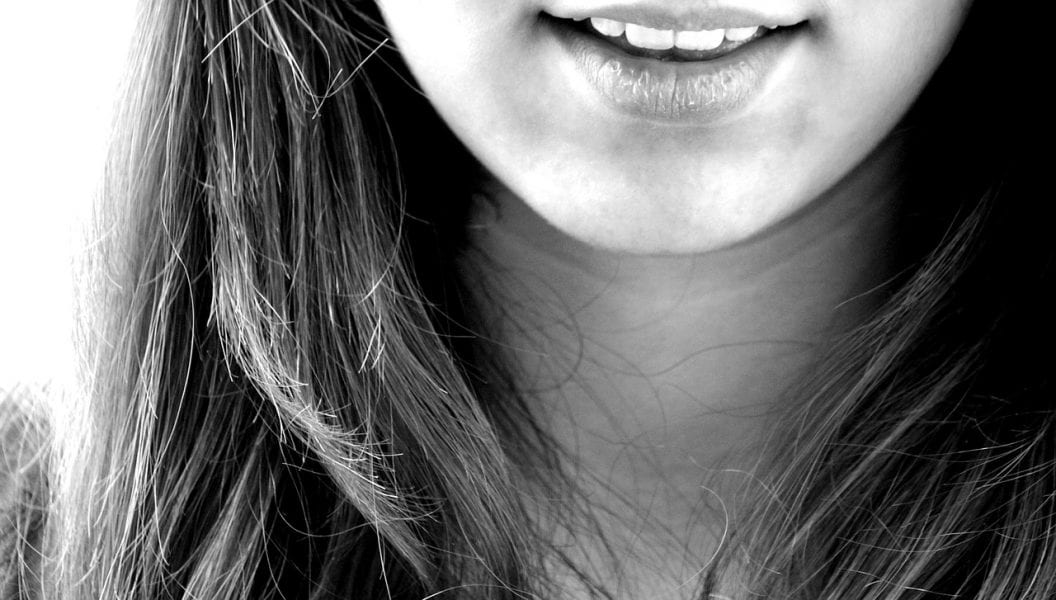 Tooth bleaching is a common cosmetic dental treatment worldwide for tooth discoloration. Extrinsic discoloration of the teeth results from the deposition of external stain-causing materials, such as tobacco, tea, and coffee, on the tooth surface. Most tooth-bleaching methods primarily use compounds containing hydrogen peroxide (H2O2) or carbamide peroxide to remove these extrinsic stains. These bleaching compounds are usually used with catalytic agents such as light emission and lasers. However, compounds containing H2O2 may cause enamel damage, irritation, and gingivitis; moreover, using a laser also can cause even more severe symptoms. Therefore, seeking a new catalytic agent for tooth bleaching is an important issue. The atmospheric-pressure plasma jet (APPJ) is cost effective and portable and has been proven to be effective and safe for tooth bleaching. 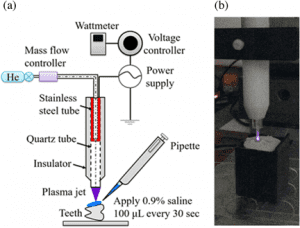 Experimental setup of the plasma jet treatment of a tooth sample: (a) schematic diagram; (b) snapshotsmile

Thus, to avoid enamel damage and gingivitis and produce lower amounts of toxic gas, a team of scientists from the Department of Mechanical Engineering of the National Chiao Tung University (Taiwan) took an APPJ using helium with saline to perform tooth bleaching. Using this method much lower amounts of toxic gas were produced compared with the air plasma method. In addition, H2O2 gel was replaced with saline solution to reduce enamel damage and gingivitis. Scanning electron microscopy images showed that the tooth surface after He-APPJ treatment was much smoother than that after H2O2 gel treatment, indicating that the He-APPJ was less harmful than H2O2 gel to the enamel. “The results of temperature measurements of the tooth surface, 21.5 °C, and jet, 33 °C, after 20 min of treatment showed that the He-APPJ should not be harmful to the human body as well” says team member Professor J. Wu. In conclusion, the He-APPJ is a safe, promising, and portable tooth bleaching solution.