Rolling Out the Aluminum Carpet for Large-Scale Solar Cell Processing 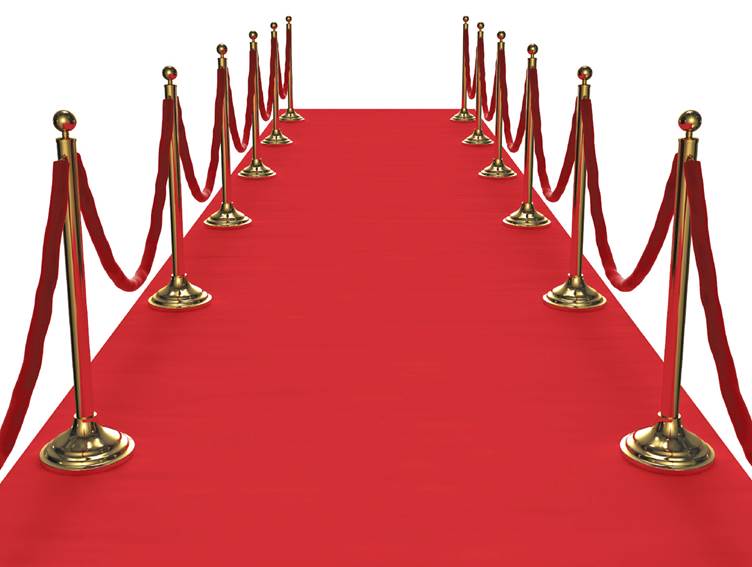 A team of researchers from the University of Newcastle and Curtin University has developed a gas-phase sputtering technique for depositing aluminum metal onto polymeric solar cells during large-scale roll-to-roll processing, which could be just the breakthrough needed for such solar cells to make an impact on the global energy scene.

The majority of scientists who study solar cells work with devices that are about 1 cm2 in size (about the size of your thumbnail). This is fine for small laboratory demonstrations, but to make a significant contribution to our planet’s energy portfolio, we need to make a dramatic leap forward in terms of scale. In terms of power produced, the laboratory solar cell produces about 1 milliwatt, whereas for national/global energy issues, we typically speak in terms of terawatts (or 1,000,000,000,000 watts). That is a really big number! With this in mind, multiple researchers have been quoted as saying that for polymer-based solar cells to make a real impact, we need them to be so cheap that you could paint the walls of your house with them (though whether you want to or not may depend upon your kitchen motif). This concept is a nod to both the large areas needed and the typical processing methods for such devices, where the constituent layers are typically “painted on” from liquid solution. 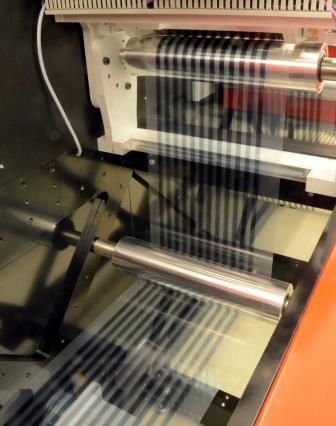 Researchers know about these issues of course, and many are working on schemes to bridge this gap between small- and large-scale processing. One such method is called roll-to-roll processing, where the solar cells are essentially printed onto thin plastic sheets that are fed through at high speeds, using a similar process to that of your desktop inkjet printer. The result is a large spool of solar cells that can be rolled out like wallpaper or carpet. To make electrical contact to the solar cell active layers, a silver ink is usually printed onto the surface, despite other metals such as aluminum having more favorable properties. The reason? Aluminum is too easily oxidized to be processed from liquid solution: by the time you finished the aluminum printing process, you would have printed a layer of insulating aluminum oxide instead.

Matthew Griffith and colleagues from the University of Newcastle and Curtin University studied an alternative method called sputtering to evaporate aluminum in its elemental form. In sputter processing, a plasma of noble metal gas ions is used to dislodge metal (in this case aluminum) atoms from a source material and carry them through vacuum to be deposited on the substrate surface. This method avoids the problematic liquid phase and is compatible with high-speed roll-to-roll processing equipment. Problem solved, right? Not so fast… All previous attempts at such sputter deposition had failed to produce useable solar cell devices because of the poor quality of the aluminum-polymer interface after deposition. The accepted hypothesis to this point was damage to the relatively soft polymer by the barrage of much heavier aluminum atoms impinging upon the surface. One can imagine it as a firing squad of tiny cannons bombarding the surface with their aluminum payload. Nearly defenseless against this onslaught, the solar cell active layer becomes pitted with “cannonballs” lodged in the surface, resulting in intermixing and disorder at the electrical contact.

Mathew Griffith’s team was not deterred, however, and by comparing sputtered devices to ideal aluminum-polymer contacts fabricated using conventional thermal evaporation, they were able to show that the disordered interface had been falsely accused (despite being at the scene of the crime), actually causing no significant degradation in device properties. The real culprit? Tiny amounts of oxygen as trace contaminants in the sputter vacuum mixture had unexpectedly resulted in small amounts of the very same insulating aluminum oxide for which the gas-phase process had been designed to avoid in the first place—-only this time they were present in amounts so miniscule that they could only be uncovered by using ultra-sensitive analytical methods and rigorous analysis to deconvolute the data.

But, now having identified the problem’s source, Griffith’s team knew where to focus their efforts to find a solution. By taking extreme efforts to purify the sputter gas before deposition, they achieved pure aluminum films forming near-ideal electrical contacts with the polymer and resulting in much improved solar cell device properties. This is the very first successful demonstration of the sputter deposition of metal contacts directly onto solar cell active layers in roll-to-roll processing using just one step, which will certainly open up many new doors for progress in large-scale solar cell fabrication. Once researchers have time to peer through these doorways and enter a few, polymer solar cells stand to come a lot closer to bridging the energy gap between the milliwatt and terawatt. And who knows, the solar-energy-themed kitchen may come into style after all.