A high-throughput tensile testing technique has been implemented, which utilizes high-resolution cameras to track the deformation during testing. 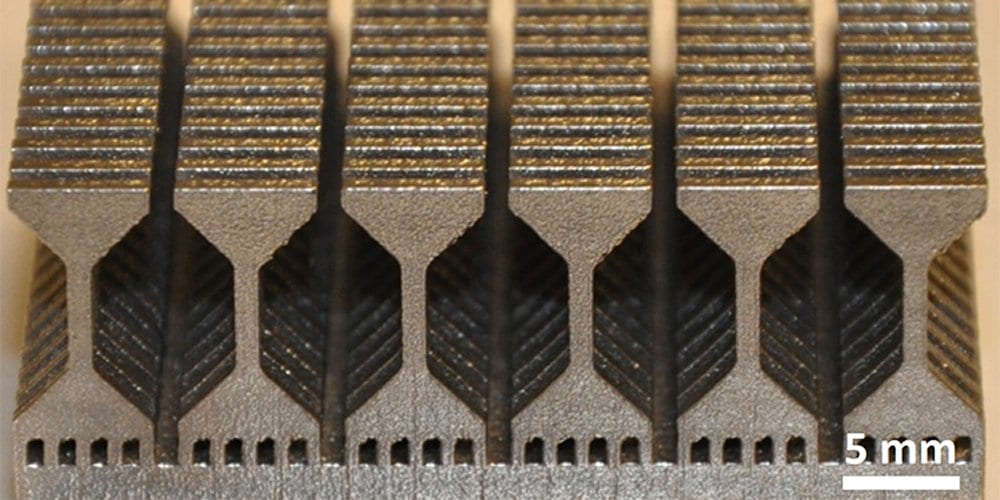 As 3D printing grows in popularity, engineers and consumers alike find new applications for these materials. While consumer printers typically utilize a plastic formed through filament extrusion, commercial printers can now manufacture a wide range of metallic alloys. Metallic components with complex geometrical shapes are attractive for potential structural applications, such as lightweight brackets and protective housings. For these potentially expensive and life-critical applications, engineers must qualify the materials’ mechanical reliability.

To keep up with the agility of the “additive manufacturing” process, Boyce and co-authors from Sandia National Laboratories have implemented a high-throughput tensile testing technique. The technique utilizes high-resolution cameras to track the deformation during testing. Specialized fixtures and software automation also streamline the testing process. With these innovations, a single operator can test up to 10X faster than was conventionally possible, enabling efficient data collection. In a demonstration on a stainless steel alloy, over 1000 nominally identical tensile bars were printed in 9 “builds”, each consisting of 120 tensile bars. Statistical analysis of the mechanical performance data revealed substantial variation in properties. More importantly, the statistical analysis uncovered poor performing tensile bars that were quite rare (~2% of the population) and would have likely been missed using conventional small-population tests.

Subsequent forensic materials analysis on these rare failures revealed a particularly damaging defect type associated with incomplete melting during the manufacturing. This high-throughput methodology will allow engineers to elucidate these rare defects, improve manufacturing process to avoid such defects, and develop product qualification strategies that screen for these potentially dangerous anomalies.