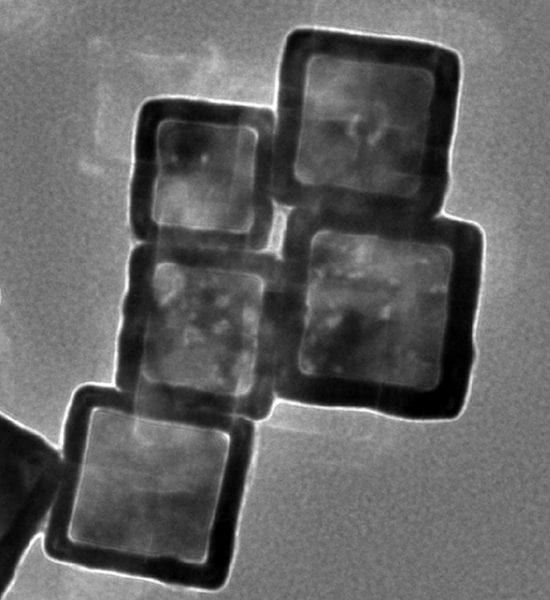 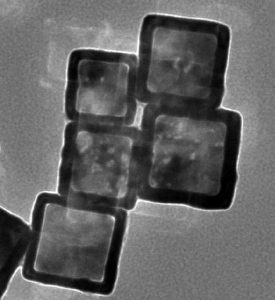 Near infrared light is used by these researchers from the Chinese Academy of Sciences to control the release of metal chelates. The chelates are loaded into gold nanocages, preventing them from interacting with any metal ions until they are ‘activated’ – released from their cages and into their chelating forms – by incident light.

Encapsulating drugs in this way reduces their toxicity and increases their therapeutic efficacy by allowing site-specific delivery. This prevents the chelators from interfering with metals associated with normal metal homeostasis, which cannot be readily differentiated from toxic metals associated with the Aβ plaques seen in Alzheimer’s disease (AD). The nanocages may also be able to cross the blood–brain barrier, something for which most chelators show a poor ability.

In this work, the gold nanocages are also functionalised with phenylboronic acid, which is both redox- and temperature-sensitive. This means that, in the presence of reactive oxygen species such as the H2O2 observed in AD, the nanocages will release their payload and remove the metal ions also involved in AD pathology via chelation. Combining this functionality with the inherent photothermal sensitivity of the gold nanocages provides a system which can be activated passively within the body to release drugs and enhanced remotely by the application of near infrared radiation, which is strongly absorbed by the nanocages and which could additionally be used to dissolve amyloid deposits.