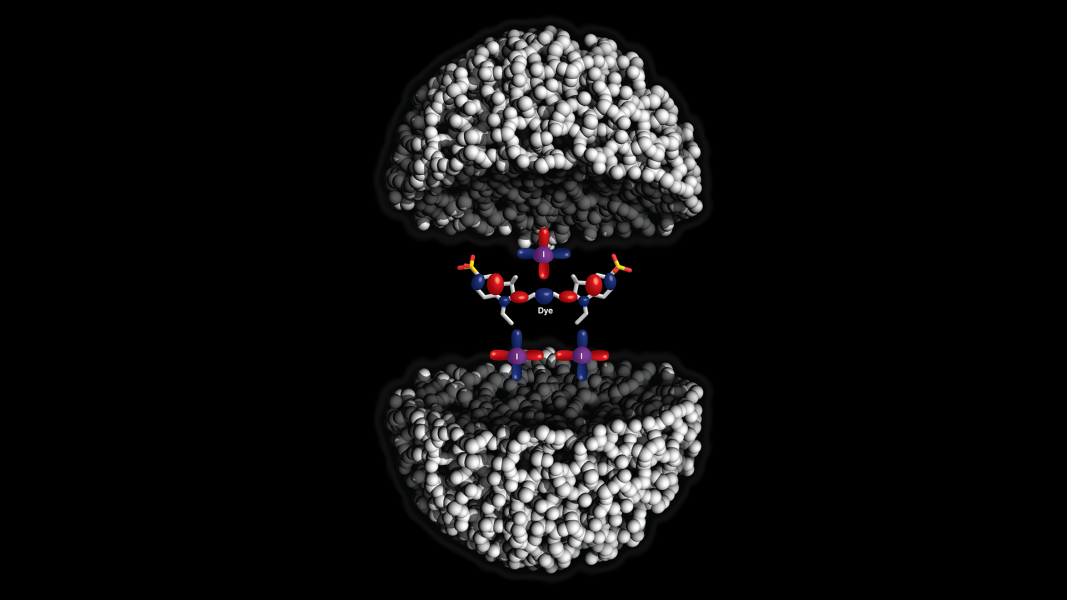 The macroscopic behavior of crystalline quantum materials can be precisely controlled by tuning interatomic distances. Disordered amorphous glasses, on the other hand, offer unique opportunities to tailor interatomic separation via changes in average compositions, leading to, for example, novel medical probes with improved materials properties.

Iodine-containing amorphous SNPs (iC′ dots), covalently encapsulating a single carborhodamine (ATTO647N) or methylene blue (MB2) dye molecule per particle, were prepared. Under light excitation, the triplet population of the dyes substantially increased with the number of iodopropyl groups per particle via a process called spin–orbit coupling, which in turn led to increases in singlet oxygen (3O2 to 1O2) production relative to free dye or non-iodinated SNPs. Singlet oxygen is a reactive oxygen species leading to cell death, making these dots promising as ultrapotent probes for PDT.

To find out more about amorphous quantum nanomaterials in the form of SNPs for biomedical applications, please visit the Advanced Materials homepage.