This hydrogel can be programmed to reversibly switch its mechanical properties in response to a simple environmental cue. 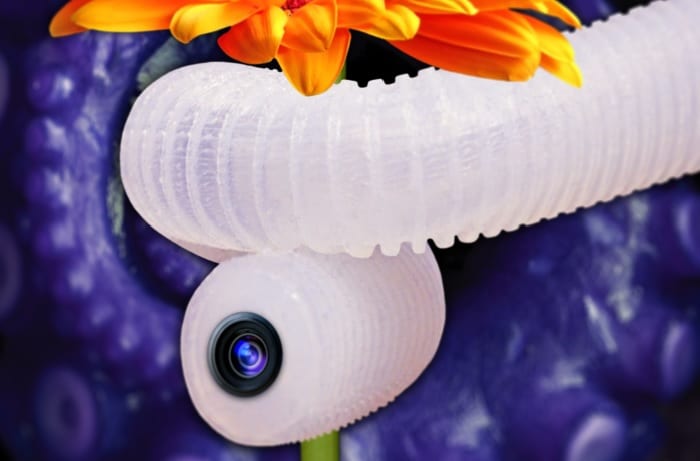 Combining strength and durability with flexibility in the one material system is a goal for many new technologies. We tend to take for granted the mechanisms in natural systems that provide such apparently opposing physical properties, and which lead to an important variety of functionalities.

Central to one such system and under investigation for use in soft robotics is chitosan, an aminopolysaccharide which undergoes an interesting change when the surrounding pH changes from acidic to basic.

In acidic pH, sodium dodecyl sulfate (SDS) can be used to form electrostatic crosslinks, inducing viscoelastic and self-healing properties in the polycationic chitosan hydrogel matrix. As the pH increases, the chitosan is neutralised and the electrostatic interactions break down. Crystalline network junctions form as the chitosan self-assembles, and it displays elasticity instead.

While exploring this switching behaviour, a team from China and the USA discovered that the crosslinking could be spatially programmed by printing an ink containing SDS micelles onto chitosan films . They deposited the films onto comparatively cheap titanium foil, and then ‘wrote’ patterns onto the films with an acidic ink containing a certain concentration of the micelles. They also included a red dye to visually distinguish the printed regions.

The stress-strain responses of the patterned films were calculated and then measured in different directions, the responses comparing favourably with the predicted values and confirming for 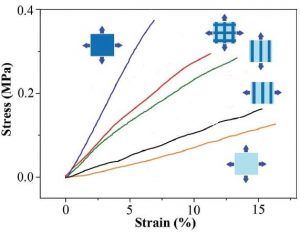 What’s more, this programming was shown to be fully reversible: by applying a basic solution to neutralise the ink, the program is effectively erased. The film is then able to be completely reprogrammed, displaying only the stress-strain response expected for the new pattern.

Working in soft mechanics and want to try out their method for yourself? See their paper in Advanced Functional Materials now.

Artificial cells' valuable niche in medicine
Financing net zero
Sniffer dogs detect COVID-19
Bettina Lotsch: "I am excited by the prospect that our research can actually make a difference"