Printing in color with photoswitchable polymers 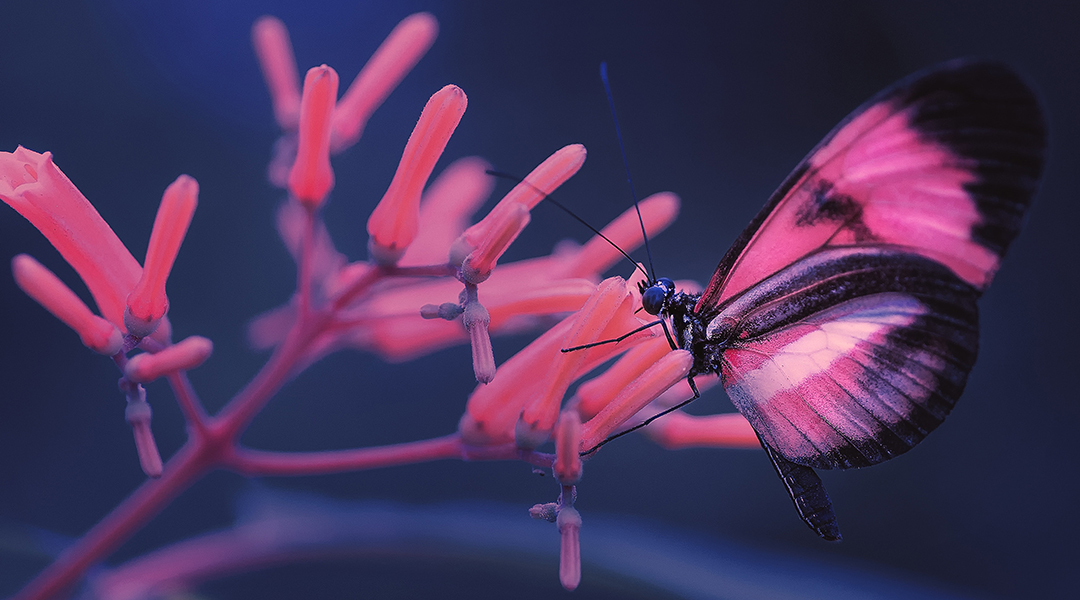 In the natural world, color is produced through pigments, bioluminescence, and structure. Though perhaps less widely known, structural colors are produced as a result of micro- or nanostructures imprinted on a surface, which interfere with the wavelength of light. Think of the dazzling beauty of a peacock’s tail feathers or the glimmering of a fish’s fin.

Micro- and nanopatterning techniques have been used in a wide range of industries, such as chip manufacturing, optoelectronics, and anticounterfeiting operations. However, limitations in traditional thermal nanoimprinting techniques has hindered widespread commercial applications.

Now, Haifeng Yu and his colleagues from Peking University have introduced a photo-responsive element — an azopolymer — that allows the imprinting of nanopatterns in a novel, room-temperature lithographic process. The study was recently published in the journal Angewandte Chemie.

Lithography is a top-down approach to patterned manufacturing that has proven to be irreplaceable because of its high throughput and relatively low cost, said the authors in their study.

More specifically, photolithography incorporates a photosensitive polymer, which is carefully irradiated with light through a mask. This leaves an “image” in the polymer that can be selectively removed or washed away to provide the desired pattern on an underlying substrate. According to the authors, heating and cooling are important steps of the manufacturing process, though cooling often causes the materials to shrink and poses problems with regard to the printed nanopatterns, which may become distorted.

The key to this new technique is the light-induced phase change of the azopolymer, which allowed the authors to imprint multiple nanopatterns on more flexible substrates at room temperature, mitigating the heating and cooling cycles of previous techniques.

The team’s new photosensitive polymer contains a structure called azobenzene, which switches between two possible conformations — termed trans and cis — when irradiated with light. Switching between the two leads to a straight or bent configuration, and when attached to a polymer backbone causes mechanical changes, such a hardening, in the polymer.

During the fabrication process, the azopolymer layer was first liquefied using UV light and then used to coat a flexible plastic surface. Next, a nanopatterned silicone sheet (used as a mold) was pressed onto the surface and the polymer hardened with additional UV light. The researchers then applied a photomask, which allowed them to re-liquefy uncovered areas of the polymer and imprint with another nanopatterned mold to obtain the final material.

Yu and his team dubbed their technique “athermal nanoimprint lithography.”

The team demonstrated the versatility of this fabrication process by developing materials in the shape of letters or pictures that changed their color depending on the observer’s viewpoint. But the team claims the technique is not just limited to generating structural colors but could be extended to substrates like silicon wafers, other light-active materials, and nanofabrication methods where heat-independent imprinting processes are required and phototunable materials have advantages.