Plasma To Enhance Nano and Microfibers through Electrospinning

A team of scientists from Belgium investigated the plasma‐induced chemistry in organic solutions of polylactic acid (PLA), and their effects on the resultant PLA nanofibers. 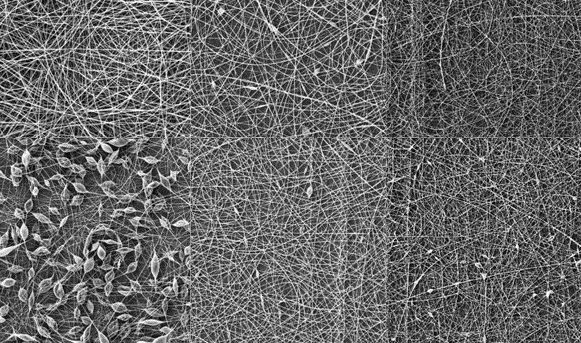 In recent years, the chemical processes induced in liquids by non‐thermal atmospheric pressure plasmas have been extensively investigated due to the high potential of plasma in a wide variety of applications including synthetic chemistry. A very novel application of this promising research field is the use of non‐thermal plasma technology for the treatment of pre‐electrospinning polymer solutions. Electrospinning is well known as a cost‐effective and versatile technique for the fabrication of polymer‐based nano/micro fibers. Such synthetic and natural polymeric nanofibrous mats are of great interest for biomedicine, biotechnology, and industry: the nanofibers can be used for biological and/or chemical sensors, wound healing, drug delivery, and tissue engineering.

Schematic representation of (a) the atmospheric‐pressure argon plasma jet for PEPT, and (b) the electrospinning device

A team of Belgian researchers recently investigated the use of non‐thermal plasma technology for the treatment of pre‐electrospinning polymer solutions. Pre‐electrospinning plasma treatment (PEPT) has been found to enhance the electrospinnability, and helped obtaining thinner and bead‐free nanofibers at significantly lower polymer concentrations. But a detailed investigation of the gas phase plasma and the plasma‐induced changes in the liquid solvents was missing so far: the team studied the resultant electrospun nanofibers in order to unravel the occurring plasma‐liquid interactions using polylactic acid (PLA) as a target polymer. They discovered that the increased viscosity and conductivity induced by PEPT positively affected the electrospinnability of PLA and the morphology of the resultant PLA nanofibers. Read more on the study in the latest issue of Journal of Biophotonics.

An alternative to adhesives helps cells better interact with their environment
Chameleon metals change their surface structure in response to heat
A Catalyst for Sustainable Methanol
Pillar of support: Breakthrough discovery could speed up bone implant recovery