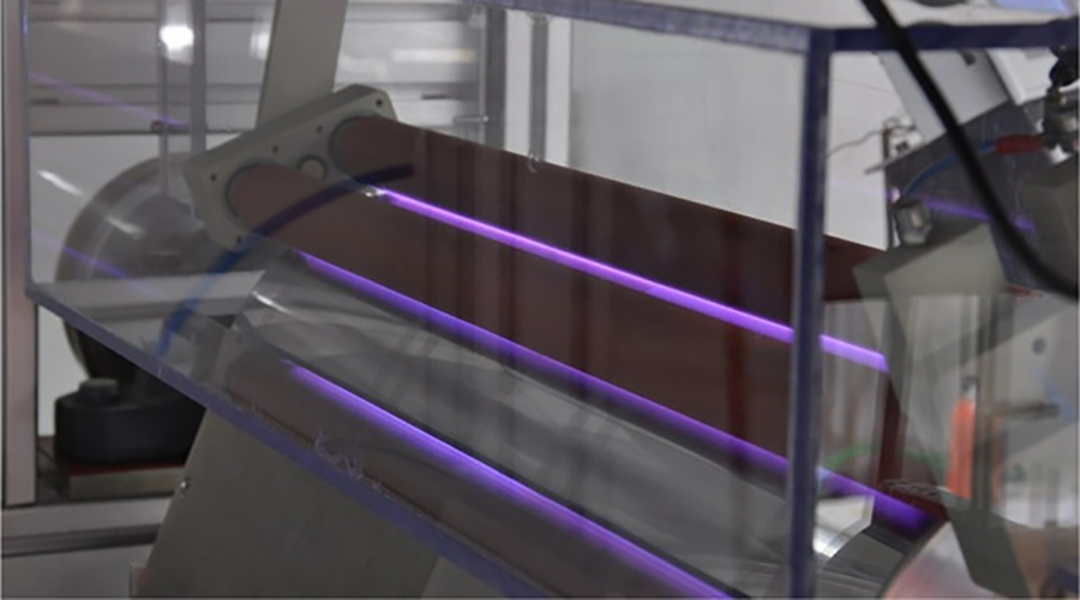 Rotogravure is a type of intaglio printing process, which involves engraving the image onto a metal cylinder as an image carrier, and can print very fine structures below 10 µm with a high-production speed. The cylinder is then used in a rotating printing process to produce mass print products such as magazines, packaging products, and labels at a low cost.

This means the technique is also interesting for applications beyond standard classical printing, like radio-frequency identification antennas. Conductive tracks in such applications are increasingly produced using so‐called nano inks containing nanoscale metal pigments, carbon nanotubes, or conductive polymers. Such nano inks offer advantages over conventional inks with classical pigments in that they allow the printing of structures with a higher resolution of <10 µm.

A team of German researchers investigated microplasmas as a tool to improve print resolution in the rotogravure printing of conductive tracks on polymer films using conductive nano inks.

Experiments were carried out with three different types of ink: standard black ink and two nano inks. Area‐selective plasma pre-treatment was performed using the plasma printing technique with several generations of equipment. This configuration, developed in the course of this research, gave way to a process speeds six times higher than the earliest generation of the plasma printing equipment and electrode. At the same time, resolution and reproducibility were significantly improved for structures with widths as low as 10 µm.

The team demonstrated that the area‐selective plasma treatment was capable of controlling the wetting pattern to allow a significantly improved resolution in the printing process.

“A big challenge for the high‐resolution printing of µm structures with smaller dimensions in the combination process is the development of technological concepts achieving a sufficiently precise alignment of the engraved rollers in the plasma printing and rotogravure process. Future work will tackle this problem,” says team member, Michael Thomas.