The second edition of this symposium provided not only outstanding and inspiring talks but also excellent opportunities for networking. Berlin (Germany), 06 June 2019 – From May 22 to 24, 2019, PicoQuant held its second international symposium on “Single Photon Based Quantum Technologies” in Berlin. The three day event brought together scientists from various areas […] 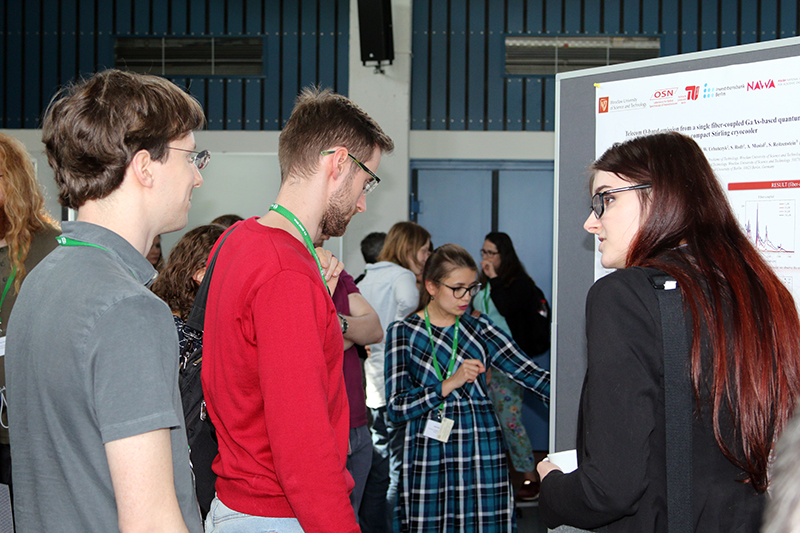 The second edition of this symposium provided not only outstanding and inspiring talks but also excellent opportunities for networking. 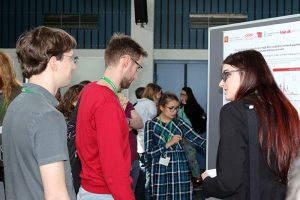 Scientists engaging in fruitful discussions during the poster session of PicoQuant’s Quantum Symposium.

Berlin (Germany), 06 June 2019 – From May 22 to 24, 2019, PicoQuant held its second international symposium on “Single Photon Based Quantum Technologies” in Berlin. The three day event brought together scientists from various areas of quantum technologies to report on and discuss the latest developments in single-photon detectors and sources, metrology and sensing, correlations and entanglement, communication and QKD, information processing, as well as integrated photonic quantum circuits.

“This was a great symposium covering a wide range of photonic quantum technologies ranging from sensing through quantum memories to quantum communications. I look forward to returning in years to come,” says John Rarity from the University of Bristol, UK, was one of the invited speakers and gave a talk on quantum photonics.

Over 90 renowned researchers and students from all over the world attended the event and greatly enjoyed 39 presentations along with poster sessions featuring 28 contributions. The attendees also found many opportunities for networking and fruitful exchange of ideas at informal gatherings during breaks as well as at the welcoming reception.

To encourage and nurture young scientists, PicoQuant held a competition for “Best Student Talk” for undergraduate and graduate students during the symposium. From all the excellent contributions, Mariella Minder (Cambridge University Engineering Department, United Kingdom) won the 750 Euro prize with her outstanding presentation on “Experimental quantum key distribution beyond the repeaterless rateloss limit”.

The Quantum symposium will be held again in spring 2020.

PicoQuant is a leading research and development company specializing in optoelectronics, which was founded in 1996. The company, based in the science and technology park of Berlin-Adlershof, Germany, is a worldwide leader in the field of single photon counting applications. The product portfolio encompasses picosecond pulsed diode lasers and LEDs, photon counting instrumentation, fluorescence lifetime spectrometers, FLIM and FCS upgrade kits for laser scanning microscopes as well as time-resolved confocal and super-resolution microscopes. Since April 2008 Sales and Support in North America is handled by PicoQuant Photonics North America Inc. The PicoQuant group employs currently around 80 people.

Machines with a Sense of Smell
The world's smallest motor
Whiskey-Phase Exfoliation: A Golden Future for Electronics?
The Success of Plasma for Microfabrication in Electronics