Scientists use micorencapsulated polymer nanoparticles to deliver the colon cancer drug 5-fluorouracil through the digestive system. 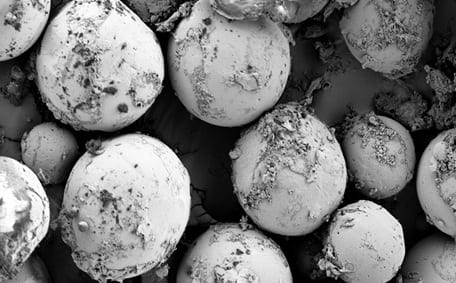 Oral administration of anti-cancer agents is both more convenient and less painful than doing so intravenously.  It can also afford controlled and sustained release, and reduce side-effects caused by the drug (or drugs).  However, the environment which they have to pass through sets strict requirements for the materials used to transport them.  Lingxue Kong and colleagues at Deakin University, Australia have now created a delivery vehicle for the cancer drug 5-fluorouracil (5-FU) that survives the harsh pH conditions en-route to the colorectal area. 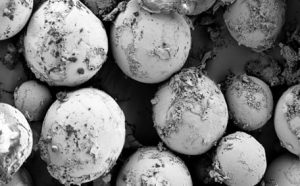 Dispensing drugs orally to this area of the body is particularly difficult because the delivery system has to survive the three different acidity levels of the stomach, duodenum and small intestine (pH 1.2, 4.5 and 6.8, respectively) before releasing at pH 7.4 in the colon and rectum. Reporting in the Journal of Applied Polymer Science, the authors describe a water-in-oil-in-water multiple emulsion and solvent evaporation technique to first load 5-FU into poly(lactic-co-glycolic acid) nanoparticles. The drug loading, encapsulation efficiency and particle size were optimised by varying the fabrication parameters, including adjusting the pH value of the outer water phase to the isoelectric point of 5-FU. The loaded nanoparticles are subsequently coated with the anionic polymer Eudragit S100 based on methacrylic acid and methyl methacrylate. Importantly this is insoluble in aqueous solutions of pH 7 or less.

In vitro drug dissolution tests mimicking both the time spent passing through and acidity of each part of the human gastrointestinal tract show no 5-FU release at pH 1.2 and 4.5, with very limited release at pH 6.8. At pH 7.4 there is an initial burst release followed by an extended slow release of up to 120 hours. The system clearly shows promise for treatment of colorectal cancer because it overcomes the often seen problems of both early drug release from nanoparticles and poor functionality of microspheres.