New directions in which ncRNAs can be exploited in Alzheimer’s disease prevention, diagnosis, prognosis, and therapy are discussed. 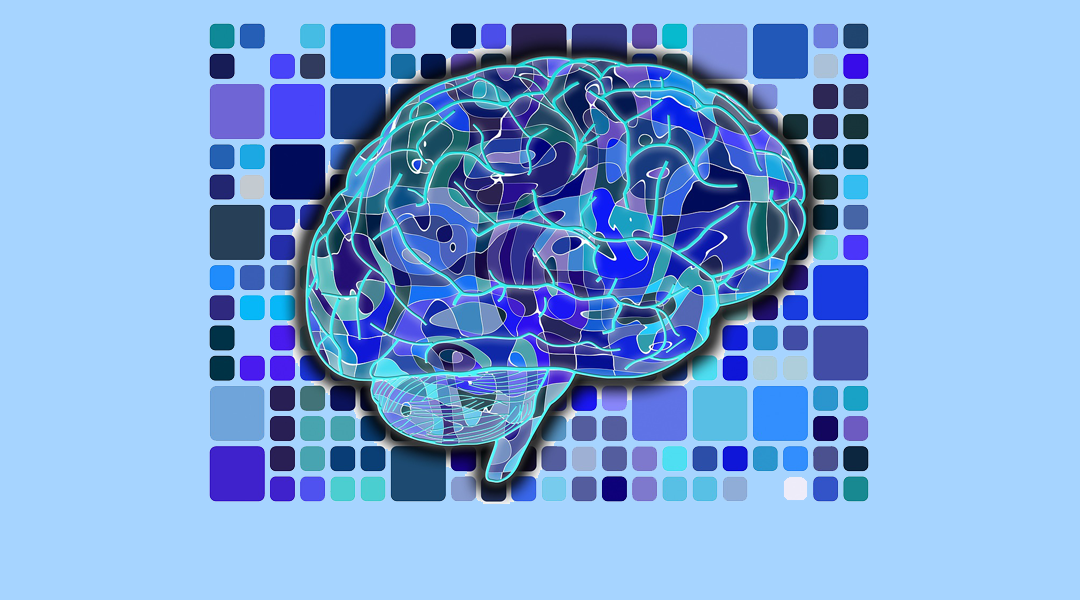 Alzheimer’s disease (AD) is a progressive and multifactorial neurodegenerative disorder, and the main cause of dementia among the elderly worldwide. Relevant risk factors for AD are age, family history, Apolipoprotein E variant ε4 (APOE-ε4), cardiovascular disease risk factors such as high cholesterol and type 2 diabetes, and traumatic brain injury. 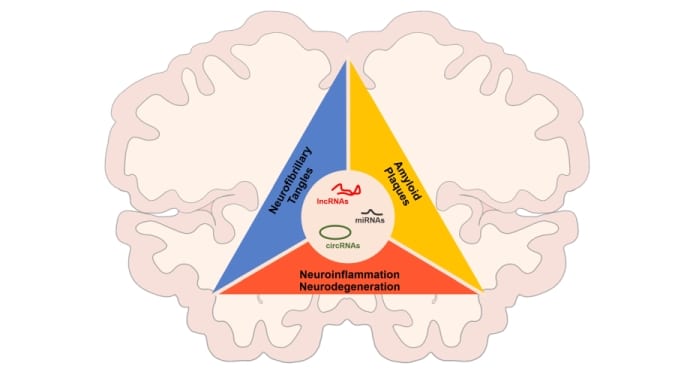 The earliest symptom of AD is difficulty remembering recent events; as disease progresses, symptoms worsen and can include language problems, disorientation, and neuropsychiatric symptoms culminating in severe disability. According to 2017 data from the Alzheimer’s Association, ~5.5 million Americans have late-onset AD and 200,000 Americans younger than 65 years old have early-onset AD, with major impacts at personal, medical, and socioeconomic levels.

AD is characterized by the production and aggregation of amyloid β (Aβ) peptides derived from amyloid precursor protein (APP), the presence of hyperphosphorylated microtubule-associated protein Tau (MAPT), and chronic inflammation leading to neuronal loss mainly at the neocortex, hippocampus, and other subcortical regions. Aβ accumulation and hyperphosphorylated Tau are responsible for the main histopathological features of AD, Aβ plaques and neurofibrillary tangles (NFTs), respectively. However, the full spectrum of molecular factors and events that contribute to AD pathogenesis is still not completely understood.

Unfortunately, despite intense efforts from several research areas to develop drugs that can prevent, ameliorate, and treat AD, no effective therapies are available yet. Existing drug therapies (e.g., cholinesterase inhibitors and memantine) mainly cover the symptoms of the disease, but do not treat or delay the key processes of AD leading to neuronal loss. To search for interventions in AD outside of conventional pharmacology, scientists are exploring the fields of genetics and molecular biology.

Noncoding (nc)RNAs, including microRNAs (miRNAs), long non-coding RNAs (lncRNAs), and circular RNAs (circRNAs), are RNA molecules that do not encode proteins. NcRNAs control gene expression programs by influencing mRNA biosynthesis, mRNA stability, and protein translation in normal physiology and in disease processes, serving as biomarkers and potential therapeutic targets. Evidence is accumulating that ncRNAs are implicated in the onset and progression of AD pathology.

In fact, they have been implicated in the deposition of Aβ plaques, the accumulation of NFTs, and the neuroinflammation processes that lead to neuronal death. Understanding how ncRNAs regulate key steps in AD pathogenesis and identifying the key proteins targeted by these regulatory ncRNAs represent major areas of future research. Similarly, ncRNAs are promising areas of intervention in AD. The information compiled and discussed in a review published in WIREs RNA, illuminates new directions in which ncRNAs can be exploited in AD prevention, diagnosis, prognosis, and therapy.