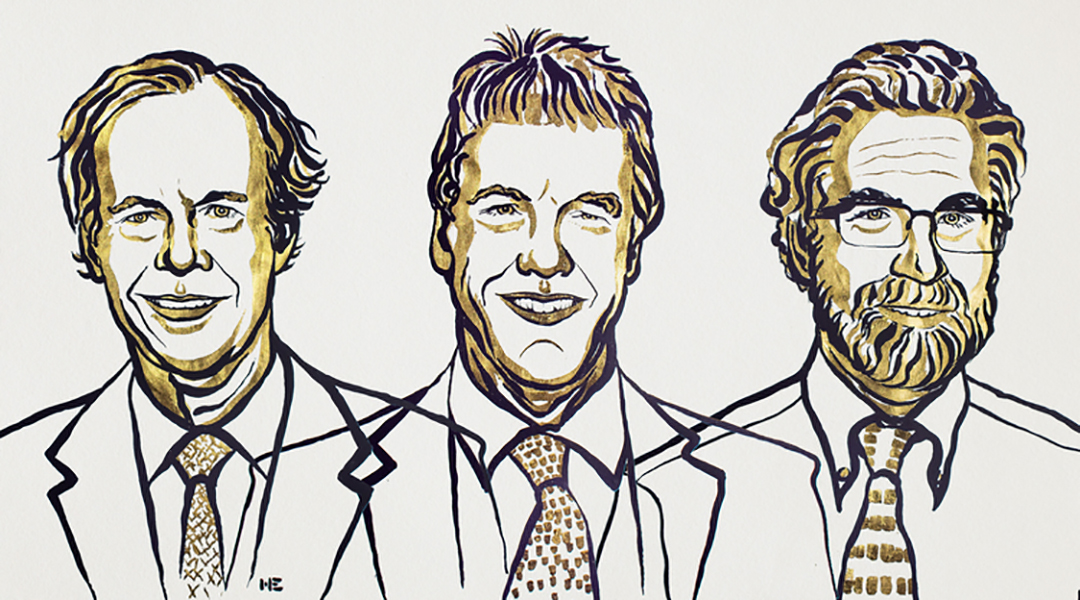 The 2019 Nobel Prize in Physiology or Medicine was announced this week and awarded to a team of scientists credited with discovering how cells sense and adapt to changing oxygen levels; a fundamental discovery that has been key to understanding not only a number of diseases, such as cancer, stroke, anemia, and even infection, but how basic physiological processes make life possible.

William Kaelin at Harvard Medical School, Peter Ratcliffe at the University of Oxford, and Gregg Semenza at Johns Hopkins University School of Medicine share this year’s prize for their ground-breaking contributions to the field of physiology.

“The award was thoroughly deserved by these pioneering scientists,” says Dr. Daniel Martin, Director of the UCL Centre for Altitude, Space and Extreme Environment Medicine and Senior Lecturer at UCL Division of Surgery and Interventional Science. “The way in which organisms respond to their environment is fundamental to their survival and how we adapt to changes in oxygen levels is arguably one of the most important of these interactions. Not only does the findings of these scientists explain how we adapt to the hypoxia experienced at high altitude but they help us to understand the cellular processes that underlie numerous diseases. ”

The Nobel Prize Committee stated that the trio’s work “[has] fundamental importance for physiology and [has] paved the way for promising new strategies to fight anemia, cancer, and many other diseases”. The implications of the team’s research are far reaching, improving our understanding of how the body functions on a fundamental level.

The Physiology of Oxygen Depravation

Oxygen is life—that much has been understood even before the advent of modern cell biology. However, how our bodies respond to fluctuating oxygen levels, the delicate balance, and complex physiological cascades that are triggered as a result have been far more difficult to grasp.

Beginning in the 1990s, the team have spent more than two decades determining how cells first sense and then respond to oxygen. Early on, Semenza uncovered a key component to oxygen regulation in the cell: a protein called Hypoxia Inducible Factor (HIF).

When oxygen levels are normal, HIF levels are low. However, when oxygen levels drop, HIF builds up in cells all over the body, activating the production of erythropoietin (EPO)—a hormone that plays a key role in the production of oxygen-carrying red blood cells and blood vessel growth—and altering cell metabolism to adapt to a low oxygen environment.

For years, scientists have been trying to determine how cells can sense oxygen and how this regulation of HIF was controlled. In studying a family of genetic diseases called von Hippel-Lindau’s disease—a disease that causes abnormal tumor and cyst growth—the von Hippel-Lindau (VHL) gene appeared to be involved in the oxygen response pathway, and it was later determined that the von Hippel-Lindau protein (pVHL) (which VHL encodes for) marked HIF for degradation when oxygen levels were normal.

In 2001, Kaelin and Ratcliffe independently reported in the journal Science the identification of a chemical tag, a single hydroxyl (–OH) group, they believed was linked to the degradation of HIF by pVHL.

The researchers speculated that the cell is capable of detecting oxygen through this pathway as not only does the addition of –OH require oxygen, but the efficiency of the enzyme carrying out the hydroxylation of HIF is also affected by it, meaning that when oxygen is scarce, HIF loses its –OH tag and eludes degradation by pVHL (which can no longer bind to it), triggering the production of red blood cells and a greater uptake of oxygen in the body.

This was groundbreaking as it not only further elucidated the oxygen-sensing pathway of cells but was the first instance of hydroxylation in a cellular signaling pathway.

Kaelin, Ratcliffe, and Semenza’s efforts have led to the development of a number of new drugs aimed at treating a range of diseases characterized by hypoxia, such as anemia, lung disease, renal failure, and suppressing the growth of cancerous tumors, by preventing HIF degradation.

In an interview, Kaelin has previously commented that at the time, he could not have predicted the direction his research would take. He began as a cancer biologist and physician studying a rare, genetic disease, and ended up contributing to perhaps one of the greatest fundamental discoveries in modern biology.

“This group and their collaborators laid the foundations to an entirely new field of physiology and medicine,” adds Dr. Martin. “Understanding hypoxia at the level of the cell is a key component to developing new treatments and without their contributions we would not have had this opportunity to exploit these mechanisms for the benefit of patients.”

The team’s discoveries are of course not an endpoint for this field of research, but, according to the Nobel Committee, have “opened the field and led to an explosion of work.”

This article was amended on October 9, 2019 to include the quotes from Dr. Martin.