A team of researchers demonstrated the capability of RSOM for detailed, cross‐sectional visualization of microvascular changes in the skin in the volar and dorsal aspects of the human forearm in response to local hyperthermia. 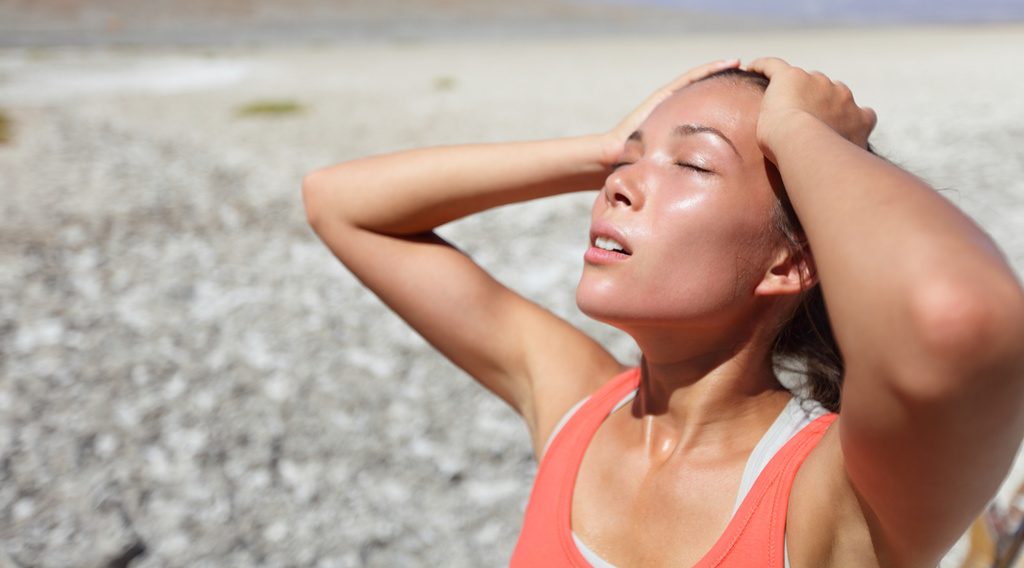 Analysis of skin morphology and microvasculature, as well as its response to external stimuli, such as heating or pharmacological treatments, may reveal vasculature dysfunctions linked to cardiovascular diseases, diabetes, obesity, and metabolic syndrome. This is hardly surprising given that the skin, the largest organ of the human body, is regulated by metabolic and homeostatic processes and is systemically affected by various health conditions. For example, obesity and diabetes are associated with abnormalities in the dermal microvascular bed, reflecting poor skin perfusion and impaired endothelial function.

Optical methods, due to several advantages including portability, easy access and safe use, have been considered for measuring skin perfusion at rest or in response to local heating that induces hyperemia. Laser Doppler flowmetry (LDF) provides relative perfusion measurements detected as Doppler shifts based on dynamic laser light scattering measurements produced by moving red blood cells. Nevertheless, it has been reported that the repeatability of blood flow measurements using LPDI or LSCI is poor. 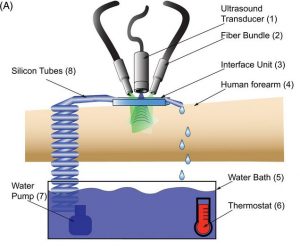 A team of scientists from the Institute of Biological and Medical Imaging in Germany thought that RSOM may be used as an alternative to optical techniques for imaging human skin responsiveness to local heating. This way RSOM could visualize changes in skin microvasculature after local heating, overcoming the poor resolution and superficial imaging performance of optical techniques. To examine these hypotheses, they performed RSOM imaging of the human forearm under local heating precisely controlled using a custom‐built apparatus, and examined vascular dilation through the skin depth.

For these experiments, the team custom designed a temperature control system that can induce hyperthermia locally and should easily be accommodated in the clinic. The system, was affixed to the forearm to facilitate image registration, such that a simple ink spot in the ROI or indigenous markers such as skin microvasculature were sufficient to align images to correct for participant movement. As a result, it was straightforward to resolve the same microvasculature over time, and even track the same individual vessels. “We anticipate that the presented method will allow elucidation of thermoregulatory vascular processes that remain poorly understood and that may be useful for diagnosis and monitoring of major diseases” says team member Vasilis Ntziachristos.

Good health is more than skin-deep
Automated Large-Scale Production of Retinal Organoids
Are nanoscale sensors the future for sepsis diagnosis?
Can the pneumonia vaccine protect against COVID-19?