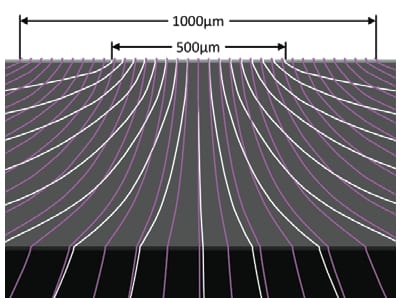 Two types of VECSEL structures are common: top emitters and bottom emitters. In both cases, heat extraction from the hot active region of the chip is critical and the thermal management strategy involves combining a high thermal conductivity diamond heat spreader with a water-cooled copper (Cu) heat sink. Now, a German-American team has pushed the output power of single chip VECSELs beyond the 100 W milestone. A crucial factor of their success was a combination of rigorous quantum epitaxial design, highly accurate growth, novel processing, and thermal management. 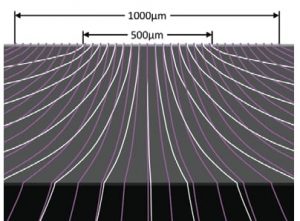 The sophisticated microscopic quantum design (MQD) approach performed by Stephan W. Koch and his colleagues from the University of Marburg, Germany and the University of Arizona, Tucson, USA enabled not only optimized epitaxial design but also provided a powerful interactive tool for validating the VECSEL growth accuracy at the wafer level. In their MQD, the scientists treated the optically excited semiconductor as a fully quantum-mechanical many-body system whose properties are governed by the Coulomb interaction and coupling between charge carriers, photons, and phonons.

The high accuracy of the MQD calculations allowed accurate determination of the spectral position and amplitude of the quantum well gain for various operating temperatures and powers. In turn they yielded the correct radiative and non-radiative losses that lead to intrinsic heating. By coupling the MQD calculations to accurate thermal modeling and optical mode calculations essential characteristics such as the optimal well and barrier compositions, number of wells and the optimal detuning between cavity resonance and QW gain could be determined. Changing the cap-layer thickness, for example, varies the position of the cavity resonance which influences the detuning and, as consequence, the performance.