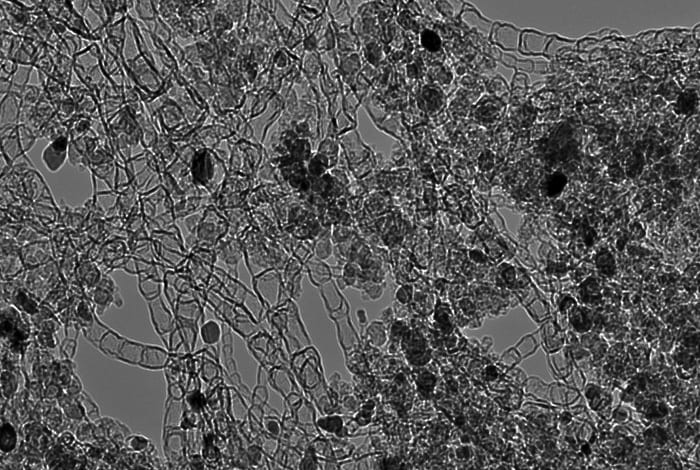 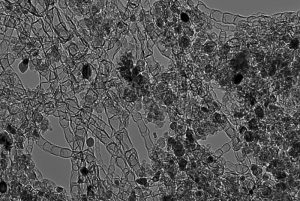 Los Alamos National Laboratory scientists have designed a new type of nanostructured-carbon-based catalyst that could pave the way for reliable, economical next-generation batteries and alkaline fuel cells, providing for practical use of wind- and solar-powered electricity, as well as enhanced hybrid electric vehicles.

The new catalyst doesn’t use precious metals such as platinum, which is more expensive per ounce than gold, yet it performs under certain conditions as effectively as many well-known and prohibitively expensive precious-metal catalysts developed for battery and fuel-cell use. Moreover, although the catalyst is based on nitrogen-containing carbon nanotubes, it does not require the tedious, toxic and costly processing that is usually required when converting such materials for catalytic use.

“These findings could help forge a path between nanostructured-carbon-based materials and alkaline fuel cells, metal-air batteries and certain electrolyzers,” said Zelenay. “A lithium-air secondary battery, potentially the most-promising metal-air battery known, has an energy storage potential that is 10 times greater than a state-of-the-art lithium-ion battery. Consequently, the new catalyst makes possible the creation of economical lithium-air batteries that could power electric vehicles, or provide efficient, reliable energy storage for intermittent sources of green energy, such as windmills or solar panels.”

The scientists developed an ingenious method for synthesizing the new catalyst using readily available chemicals that allow preparation of the material in a single step. They also demonstrated that the synthesis method can be scaled up to larger volumes and could also be used to prepare other carbon-nanotube-based materials.