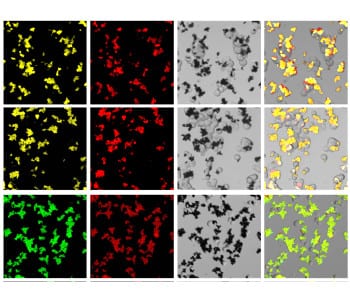 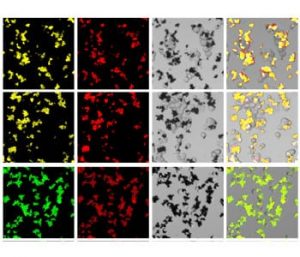 Cancer has become one of the most lethal human diseases all around the world, which brings an urgent need for the development of effective early diagnostic and therapeutic strategies. The isolation and enrichment of rare cancer-related cells from a large cell population is a prerequisite for investigating the molecular origination and metastatic state of carcinomas.

In research just published in Advanced Healthcare Materials, Cui and Wang et al. present a new method for separating multiplex cancer cells from normal cells, using surface-enhanced Raman scattering (SERS) and fluorescence dual-encoded magnetic nanoprobes. An attractive feature of their nanoprobe is that it can greatly improve the multiplexing capability by using a so-called SERS-fluorescence joint spectral encoding (SFJSE) method. This gives the nanoprobe the ability to simultaneously separate various cancer cells, which is beneficial for fast screening and efficient analyzing of the samples.

In the group’s experiments, four human cancer cell lines were simultaneously captured and separated from a mixture containing both cancerous cells and normal ones. More importantly, the designed nanoprobe can separate single target cancer cell from a huge amount of normal cells (more than 50000). Moreover, the nanoprobe can also specifically recognize and capture rare cancer cells suspended in raw human blood, which is quite useful for practical clinical applications.