Nanoparticles that self-assemble inside cells to fight cancer 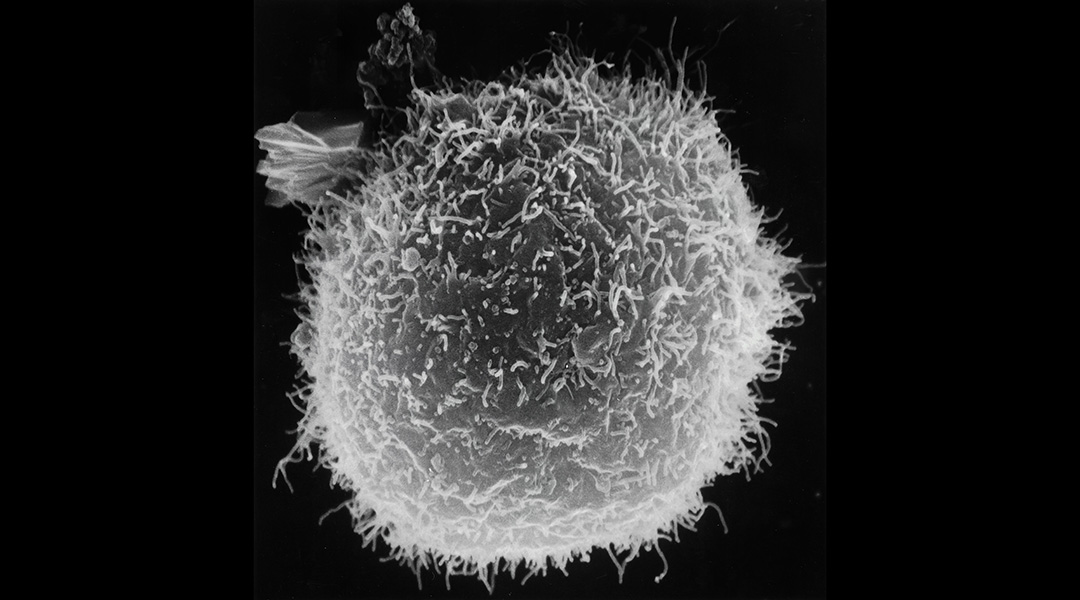 Inspired by viral replication, researchers developed a therapy that commandeers biological processes to craft nanoparticles within macrophages to aid in cancer therapy. Through self-assembly, the nanoparticles address some of the delivery issues plaguing present renditions of nanomedicines, wherein nanomaterials are used to deliver drugs inside tissues.

Often, nanomedicines have a hard time reaching the right target, limiting their therapeutic impact and leading to side effects. Biological events can disrupt the targeted delivery of nanomedicines, and researchers are constantly working to improve their transport.

Jinhui Wu, a researcher at Nanjing University, in China, and colleagues sought to manipulate intracellular processes to develop functioning nanoparticles. “We study the delivery of nanomedicines because of the challenges that remain in this field, and the number of nanomedicines that are currently successfully applied in clinical therapy is still quite limited,” said Wu, lead author on the study.

Reliant on free iron for their formation, the self-assembling nanoparticles can easily be targeted to damaged or abnormal tissue. Further, they reverse the ability of macrophages to cause immune suppression within cancer tumors.

Seeking inspiration, the researchers turned to viruses that are known to co-opt the host’s cellular processes to replicate. “Biomimicry is an important development direction for nanomedicines, and our utilization of biological processes is inspired by viruses,” said Wu. The researchers wanted to see if a drug could trigger nanoparticle formation when combined with the products of biological mechanisms.

To test their hypothesis, the team zoned in on a biological event wherein macrophages, a type of immune cell, clear the “corpses” of red blood cells from the body. During this process, iron from red blood cells is released, processed, and safely stored for future use.

The goal was to hijack this biological pathway using a class of drug called bisphosphonate that are approved to treat osteoporosis. When the researchers mixed ferrous irons with bisphosphonate in a test tube, the two molecules self-assembled into nanoparticles and came together even when put inside macrophages.

Moreover, the nanoparticles led to the formation of hydrogen peroxide, which causes oxidative stress within the cell — a condition wherein the balance of free radicals and antioxidants is affected, activating immune function in macrophages. Commonly, macrophages associated with cancer cells tend to suppress immune responses against them. The goal was to instead subvert these macrophages to limit tumor growth.

Next, the researchers tested the nanoparticle assembly inside mice with cancer. They injected red blood cells and bisphosphonate into the tumors at different time points. While encouraging the infiltration of immune cells deep inside cancer tissues, the self-assembled nanoparticles also appeared to slow down growth.

Macrophages in tumors usually suppress an immune response against cancer cells. Bisphosphonate therapy seems to reverse this trend, leading to the formation of macrophages that drive inflammation. Further, free iron doesn’t float around in healthy tissues. So, when bisphosphonate is used to drive nanoparticle formation within cells, the lack of free iron in normal tissue would limit their emergence. This reduces the likelihood of off-target effects.

These nanoparticles were found to reduce tumor growth even in comparison to drugs that target vascular networks. “Our method is simple and operable and can be translated into the clinic since elements used in the study have been clinically proven to be safe,” said Wu.

Moreover, this therapy could possibly be combined with existing treatments for cancer, such as radiotherapy or chemotherapy.

Nanomedicines that come together independently and easily within abnormal cancer tissues have the potential to greatly improve efficacy and safety. This method opens up a new avenue for similar therapies.

Feature image: Image of a macrophage on a black background. Credit: National Cancer Institute on Unsplash