Nanoparticles on their way through the body – Medicine in miniature

Which pathways do nanomedicines take after they have been swallowed? Scientists find a recirculation pathway of polymeric micelles using multimodal nonlinear optical microscopy. 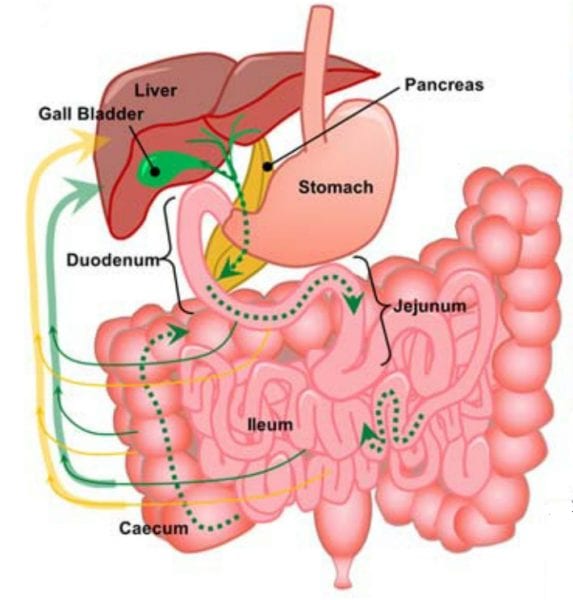 Which pathways do nanomedicines take after they have been swallowed? Scientists find a recirculation pathway of polymeric micelles using multimodal nonlinear optical microscopy.

Advances in pharmaceutical nanotechnology have yielded increasingly sophisticated nanoparticles for medicine delivery. When administered via oral, intravenous, ocular, or transcutaneous delivery routes, these nanoparticles can elicit enhanced drug performance. One such recently developed nanoparticle is Quaternary Ammonium Palmitoyl Glycol Chitosan (GCPQ), a chitosan-based polymeric micelle which can be used to encapsulate drugs and enhance their oral absorption and their intravenous activity by up to one order of magnitude. In spite of its great potential, the mechanisms by which GCPQ micelles – or other nanoparticle-based delivery systems – interact with organs at the cellular scale are not yet clear. However, full knowledge of these mechanisms is a prerequisite for a rational design optimizing their performance. 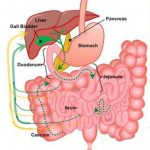 A schematic diagram of the path of the nanoparticles through the body after oral administration, as suggested by the researchers (click to enlarge).

In their work they  image three of the most important organs for oral drug delivery: the liver, the intestine and the gall bladder. By doing so, they demonstrated for the first time that orally administered chitosan nanoparticles follow a recirculation pathway from the gastrointestinal tract via enterocytes in the villi, pass into the blood stream and are transported to the hepatocytes and hepatocellular spaces of the liver and then to the gall bladder, before being re-released into the gut together with bile. Such recirculation may also improve drug absorption.