Mussels and chameleons inspire a new type of sensor

Scientists design a stretchable, adhesive, self-healing material that can change color as a result of movement for real-time motion sensors. 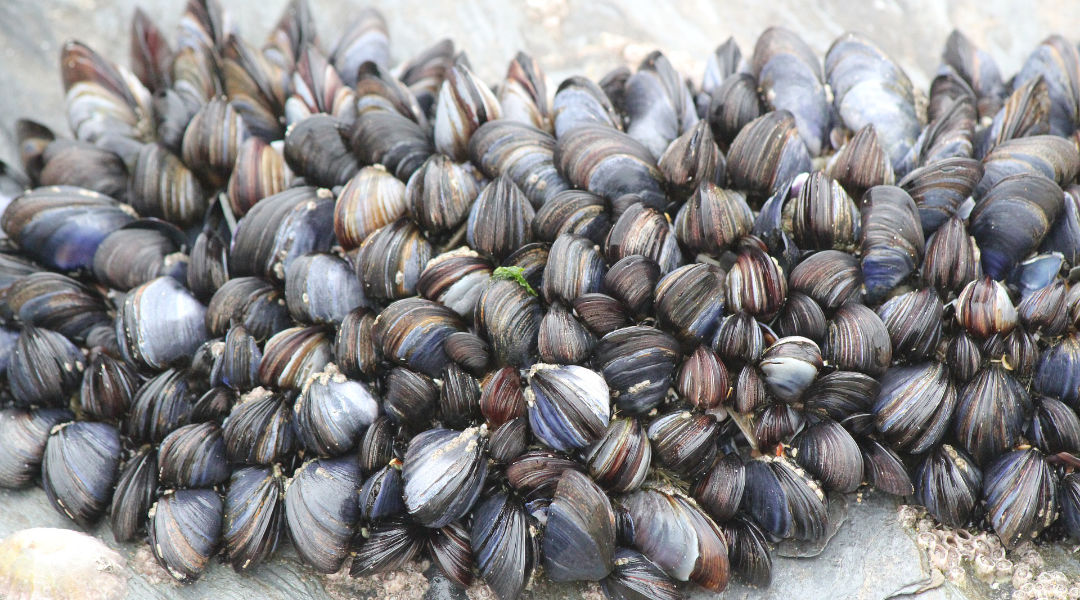 In 1941, the Swiss engineer George de Mestral observed that the burs of burdock were sticking to his trousers and his dog’s fur, and on closer inspection, he discovered their tiny hooks. It took him more than a decade to perfectly imitate nature and patent his invention with the name “Velcro” from the French “velours” (velvet) and “crochet” (hook).

De Mestral’s invention was an intelligent solution inspired by nature, and this is not a new concept — researchers have developed aircraft parts based on bird bones, damping materials from fruit peels, suction cups originate from octopuses, and sonar is used by bats and dolphins.

Now, adhesive materials found in mussels and the color-shifting abilities of chameleons has inspired Dr. Yu Wang and colleagues in cooperation with Nanjing University, Xuzhou Medical University, and Southeast University in China, to create a stretchable, adhesive, and conductive structural color film for flexible electronics.

In recent years, considerable research efforts have been dedicated to the development of flexible electronic materials. Here, hydrogels are regarded as an appealing candidate due to their biocompatibility, flexibility, and mechanical properties. With the aid of conductive fillers, such as carbon nanotubes, graphene, nanowires, and conducting polymers, hydrogels can be equipped with improved electrical performance for a range of applications.

To create wearable electronic devices, hydrogels also need to be fitted with adhesives to provide a reliable contact for skin-device interactions. However, these adhesive hydrogel technologies are not yet mature due to their weak and brittle nature; they lack stability, and during practical use, wear and tear results in extensive mechanical damage that limits their lifetime.

Inspired by nature, scientists have used adhesive proteins extracted from mussels to coat different materials for materials applications. More specifically, polymerized dopamine, also known as polydopamine has been useful in this area.

In the current study, Wang and colleagues used a special carbon nanotubes polydopamine filler, to create a stable and functional hydrogel with excellent adhesion and self-healing capabilities.

To further develop the capabilities of this functional hydrogel, the researchers applied a structural coloration technique that is also derived from nature. Structural coloration makes peacocks’ feathers shimmer and helps to camouflage chameleons. Instead of pigments, colors are created using microscopically structured surfaces that interfere with visible light.

In materials science, this phenomenon is mimicked to create a number of responsive structural color materials that have extensive applications in the development of various types of sensors. Wang and his collaborators were able to combine their new carbon nanotube polydopamine filler with an elastic polyurethane polymer to gain a hybrid structural color film with the desired features for flexible electronics, which are stretchable, adhesive, conductive, and have the ability to change the color as a result of different modes of movement.

Due to the textured color, the resulting film featured a color change capability that served as motion sensors for real-time color and electrical signal monitoring. These properties make the new bioinspired hydrogel-based electronics a highly valuable advancement in this area of technology.