A new hydrogel platform helps monitor chemotherapies in the body in real-time, allowing their side effects and potency  to be better understood. 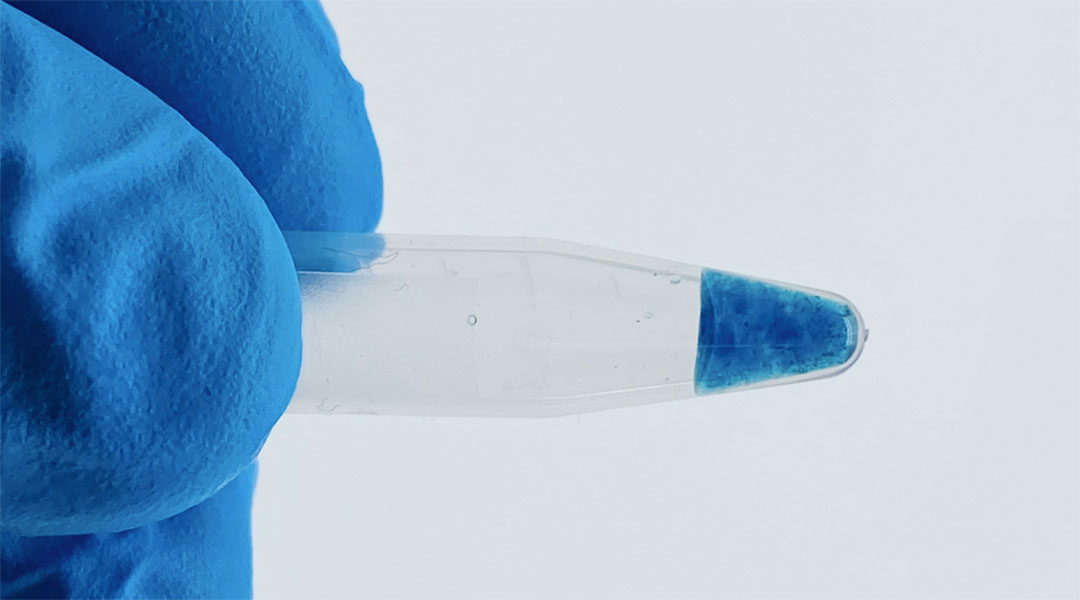 The impact on global health as a result of cancer is striking and undeniable. In 2020 alone, 18,094,716 cases of cancer were diagnosed across the globe according to the World Cancer Research Fund International.

The impact of cancer is only set to grow with Cancer Research UK predicting that by 2040, there will be 27.5 million new cases of cancer each year across the globe.

One way of treating cancer is through the use of chemotherapies to kill rapidly growing and multiplying cells in the body. While chemotherapy is often remarkably effective at killing cancer cells, on the cellular level it is undiscriminating. As a result, chemotherapy causes harmful side effects due to its non-specific action on healthy parts of the body.

The “off-target” effects of chemotherapy can be mitigated with localized injections. Monitoring the distribution of these drugs following administration is a major challenge and an important one to tackle as understanding drug distribution is the vital first step to reducing off-target effects.

In a paper published in the journal Advanced Science, University of California researcher Raina Michelle Borum and her co-authors investigated how molecular dyes and biomolecules can self-assemble into activatable or “turn on” signalling probes for biosensing and biomolecular imaging.

The team’s platform could be used to monitor molecular drugs in detail and in real time, allowing their side effects and potencies  —  or lack thereof  —  to be better understood, resulting in improved treatment strategies and even personalized treatments against chronic diseases.

The team’s solution to in vivo molecular imaging is a densely packed network of DNA strands loaded onto a biodegradable hydrogel bioink — useful because small molecules tend to stick to DNA.

“In vivo molecular imaging is the only technique that can connect the biomolecular events underpinning disease to their anatomical location and effects in a living system, so biomolecular imaging can offer significant value in understanding health, disease, and even pharmacokinetics of certain drugs,” said Borum. “In this proof-of-concept work, we leveraged a form of noninvasive ultrasound with biodegradable materials to directly image a cancer drug and test it in tumor-bearing mice.

“Our research offers a new approach to monitoring the progress of chemotherapy with zero ionizing radiation.”

Helping to monitor and improve chemotherapy

For decades, Borum explained, the use of fluorodeoxyglucose with positron emission tomography (PET) has had immense value for cancer diagnosis by resolving glucose metabolism in fast-growing tumors. However, PET relies on ionizing radiation to generate images — though this radiation, which strips electrons from atoms, can change how proteins fold, thus causing DNA damage itself.

“In our work, it was important that we developed a technique free of ionizing radiation while also imaging the therapeutic molecule directly,” she said. “Our molecule is visible via photoacoustic imaging. It absorbs near-infrared light  —  “photo”  —  and translates that absorbed energy into dissipated heat and thus detectable mechanical waves  —  “acoustic” —  for molecular scaled contrast alongside ultrasound imaging.”

Borum explained that currently, many drugs aren’t monitored at all, so it is difficult to fully characterize variations in responses to drugs, which differ from person to person. This is partially because it is difficult to maintain an adequate signal-to-background ratio from a molecular drug after it is released into the body.

“Drug molecules are often packaged in a carrier, such as in a nanoparticle, but it can be tricky to image and track them once they are released out of the carrier and free in tissue,” said Borum. “Because of this, there is a limited understanding of the cause of drug failure; it could be a failure to reach the target or a lack of response from the patient.

“If a small molecular drug can remain visible after release, that can provide valuable information on the fate of the drug.”

The team attempted to achieve this via their bioink composed of a dense network of DNA strands, crosslinked together by a form of molecular binding that creates the conventional double helix we picture when we think of DNA but placed on a hydrogel “backbone”.

“This backbone is useful for two reasons,” Borum pointed out. “Firstly, many small molecules have a propensity to physically stick to DNA, such as our drug-dye molecule, making it an effective carrier. Second, our bodies are rich in enzymes that eat away foreign DNA, so this is an entirely biodegradable material.”

This means that when the team’s novel hydrogel is injected into live tissue, these enzymes will digest and erode the hydrogel skeleton, resulting in the drug-dye compound leaking out, with this release observable with imaging techniques.

This densely packed drug dye loaded onto a hydrogel skeleton also delivered a unique and surprising property. Rather than the signal simply fading out as the dye leaked from the dissolving hydrogel, it is capable of absorbing a new peak wavelength or a slightly different frequency of near-infrared red light.

This means when the drug is free in a solution, like water, it remains visible and absorbs a different wavelength of light. These shifts in absorption mean that it is possible to spot when the hydrogel is degrading and thus, when and where the drug is released.

Despite being tested on tumor-bearing mice, Borum is confident that the bioink/hydrogel platform she and her team have developed is applicable to other kinds of tumors that are accessible via direct injection. Further testing will be needed before the platform can be used in humans, however.

“It’s exciting to see more demonstrations that nature has provided many molecular building blocks and tools with advantages we are still learning to fully appreciate,” Borum said. “But we have to make sure they are completely safe, so the use of biologics for engineered scaffolds —  like this hydrogel DNA skeleton  —  will need much more investigation regarding what adverse effects might arise in different applications.”

In terms of drug monitoring, Borum said that she and the team used a very conventional chemotherapeutic molecule as proof of concept. This means she thinks that it would be interesting to monitor or “tag” some novel and emerging cancer therapeutics, such as immunotherapeutic antibodies and different RNA species.

She suggests that further testing should also look at the use of dyes different to the methylene blue dye the team used in order to see how these dyes affect the behavior of tagged drug molecules.

“The development of other cost-effective, scalable, soluble, activatable and biocompatible long-wavelength absorbing dyes can extend the impact of molecular imaging,” Borum concluded. “If these types of dyes can be further introduced while photoacoustic imaging gains momentum towards clinical applications, that could be an exciting breakthrough.”