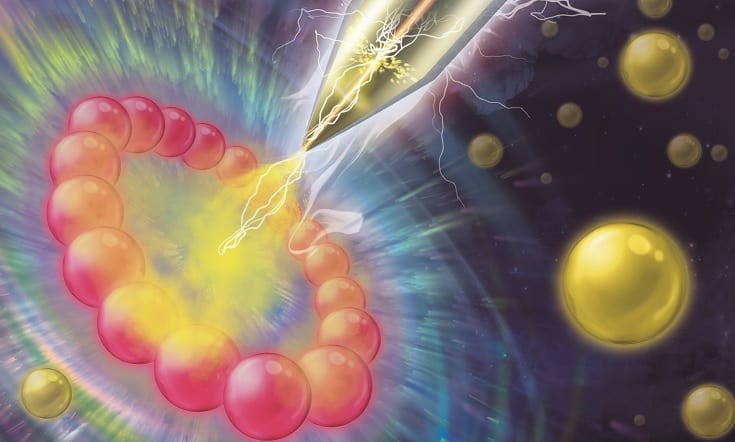 Producing microscale or even macroscale structures from nanoscale building blocks requires a reliable and reproducible assembly method. Several methods do exist, but none which can satisfy the versatility and sophistication wanted for the predictable self-assembly of structures on these larger scales.

A group at the East China University of Science and Technology in Shanghai has developed a new electrochemical templating method based on the control of molecular current through a silver nanopore under an applied potential bias. By modulating the flux of silver ions through the pore, the interactions between gold nanoparticles in the receiving solution can be regulated. 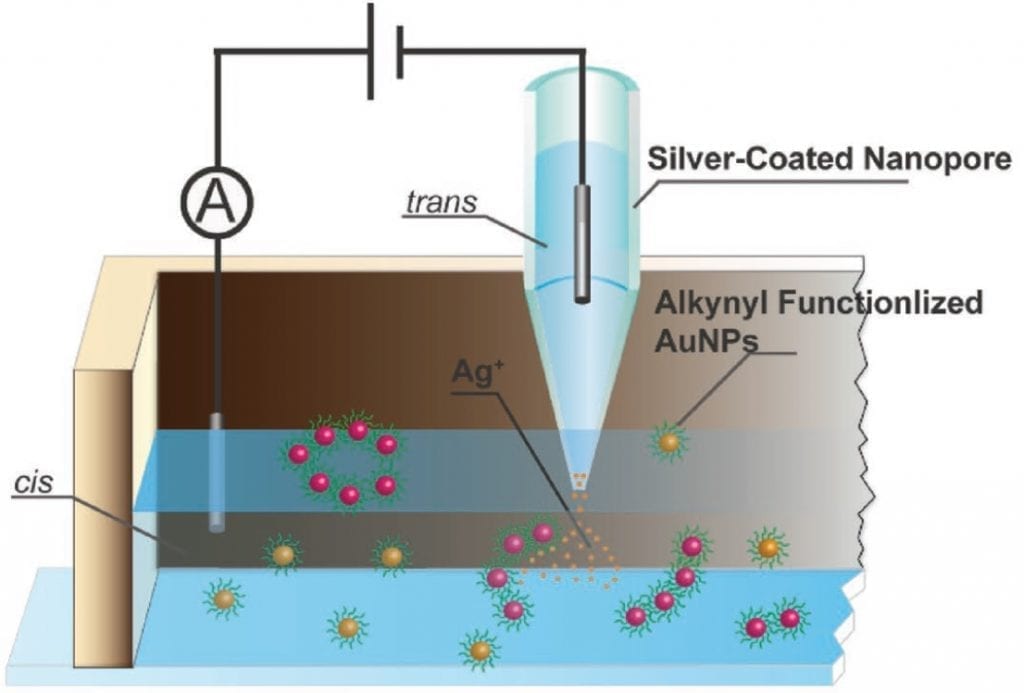 Very simply, the 14 nm gold particles are functionalised with 5-(1,2-dithiolan-3-yl)-N-(prop-2-ynyl) pentanamide, which reacts by swapping its terminating hydrogen with a silver ion. The aggregation of these silver ions then leads to the self-assembly of the gold nanoparticles into rings.

Dark-field microscopy was used to verify the homogeneous nature of these microcyclic structures, with an interparticle distance of 1.5 ± 0.5 nm, consistent with the length of the ligand. Their size dispersion was shown to be directly dependent on the electrokinetics of silver ion diffusion through the pore. 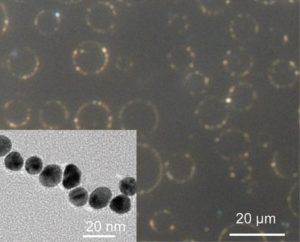 Exploration of what could affect the ring diameter led to the interesting conclusion that it is entirely independent of the potential bias, the pore diameter, or the ligand length (number of carbons).

These researchers believe that the application of this guided self-assembly technique could be extended by adjusting the pore structure and including additional metal ions in the flux, exploiting different reactivities to create new architectures.

See the details of their method and check out their beautiful cover image now in Small.