A meteorite that lit up the sky of Gloucestershire contains amino acids, the building blocks of life. 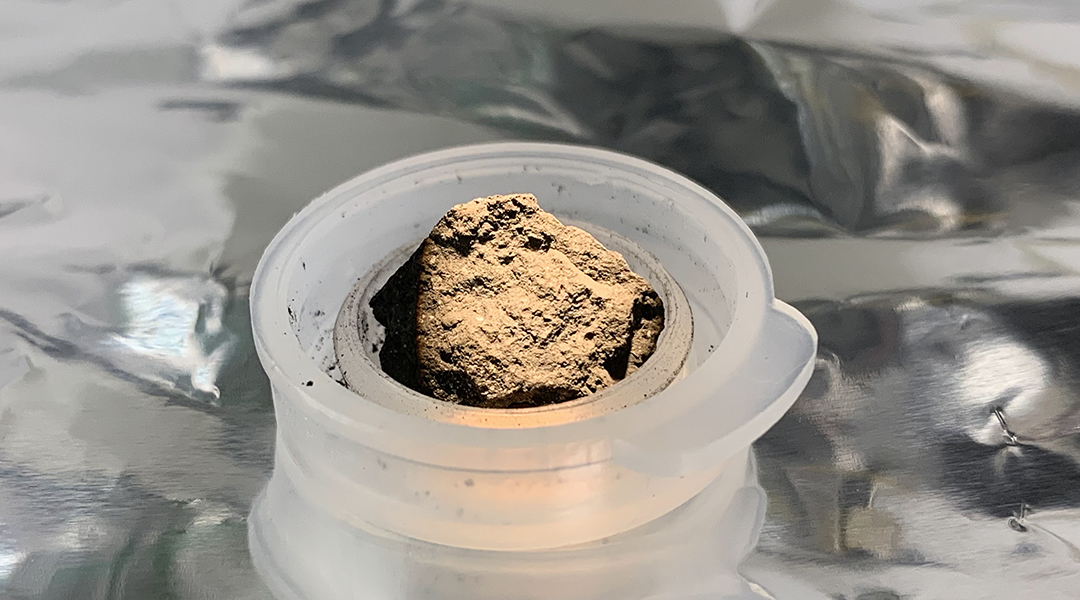 The evening of Sunday, February 28, 2021 was pretty special for the residents of Gloucestershire in the southwest of England. A flash of yellow light lit up the night sky and was the result of a meteorite passing through our planet’s atmosphere, falling to Earth’s surface.

This event would become extraordinary for several reasons, but primarily because the meteorite was discovered embedded in the driveway of a house in Winchcombe, a small town in Gloucestershire, making it the first recovered meteorite found in the UK since 1991.

The space rock, which was given the moniker, the “Winchcombe meteorite”, in honor of the small town where it fell to Earth, was discovered to be a carbonaceous chondrite, a form of pristine and pure meteorite made from the same material that form the planets — and which has never before been found in the UK.

When scientists cracked it open, they discovered a host of organic compounds, including amino acids—complex organic molecules that are the building blocks of the proteins found in every cell of every living thing. Additionally, the meteorite seems to have broken away from a larger body, probably an asteroid, that held liquid water.

Because asteroids are unspoiled leftovers from the material that clustered together to form the planets over 4 billion years ago, this means that the study of the Winchcombe meteorite and the organic molecules it holds could open a vital window into the past: the chemistry of the early solar system, and how life on Earth was kickstarted.

“Winchcombe fell on Earth on a clear night with many eyewitnesses and was recorded by numerous camera captures,” said Queenie H. S. Chan of Royal Holloway, University of London, the lead author of a new paper published in the journal Meteoritics & Planetary Science that explains the significance of the Winchcombe meteorite.

“We were able to retrieve samples of this meteorite as fast as twelve hours after its observed fall,” she said.

Chan explained that Winchcombe was promptly recovered and is thus, potentially, a carbon-rich meteorite minimally contaminated by its contact with Earth. This means the compounds within it likely exist as they did when it was still in space.

“Winchcombe belongs to a class of meteorites called the carbonaceous chondrites to which only around 4% of all recovered meteorites belong,” Chan added. “This group of meteorites contains up to 3.5 weight percent of carbon.”

Some parts of the meteorite were found to be more altered by water than others, with Chan and her co-authors suggesting that water in the asteroid’s parent body may have started the process that created the amino acids found in the meteorite.

For the paper’s co-author, Mark Sephton from the Department of Earth Science and Engineering, Imperial College London, it is these amino acids that are the really important element of this find.

“Winchcombe contains amino acids. These are the building blocks of proteins and are essential for life as we know it,” he said. “Our results suggest that the Winchcombe molecules could have been used as ingredients in the recipe of life for any emerging organism.”

Making it to the surface

Another extraordinary thing about the Winchcombe meteorite is the fact that it survived long enough to reach Earth and to be examined at all. The structure of the meteorite is typical of the kind of space rock that is destroyed upon atmospheric entry and thus doesn’t usually make it to the planet’s surface.

Currently, while the evolution of species found across the globe is fairly well understood, scientists are less sure about abiogenesis — the way life got started on Earth in the first place. One way of helping solve this mystery would be by discovering that some of the essential elements for life were delivered to Earth by asteroids and meteorites like Winchcombe.

“Finding these life’s precursor molecules in the Winchcombe meteorites supports the theory that the ingredients for the origin of life on Earth can be produced abiotically and delivered to the early Earth before the onset of life on our planet,” Chan said.

“We now will examine further classes of compounds and try to reconstruct the chemical history of this sample from the early solar system.”