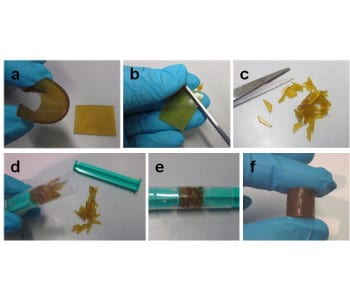 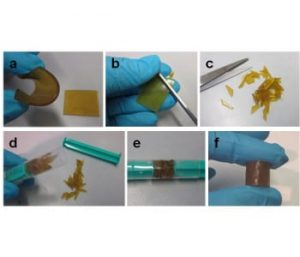 On the day you read this article, you’ll almost certainly have encountered materials containing polyurethanes, which are widely applied as adhesives, coatings, insulators, sealants, fibers, and much more. By 2016, nearly 18,000 kilotons of polyurethanes are expected to be produced for a global market worth $55 million. Clearly, there is a huge demand for these materials.

The ubiquity of polyurethanes means there is a constant search for new applications and especially for new preparative methods. Polyurethanes are traditionally synthesized by reacting polyols with isocyanates. However, the very high toxicity and reactivity of isocyanates makes alternative, isocyanate-free syntheses especially coveted. Now, a team from the IK4-CIDETEC institute in San Sebastian, Spain reports a groundbreaking, isocyanate-free polyurethane synthesis in the Journal of Polymer Science A: Polymer Chemistry.

The researchers, led by Dr. Ibon Odriozola, began by synthesizing a polyurethane derivative functionalized with thiol end-groups. The thiol-based polyurethane was then exposed to silver(I) trifluoroacetate, resulting in “crosslinking” that is driven by the self-assembly of the silver(I)-thiolate moieties. This curing process takes only a few seconds to finish. 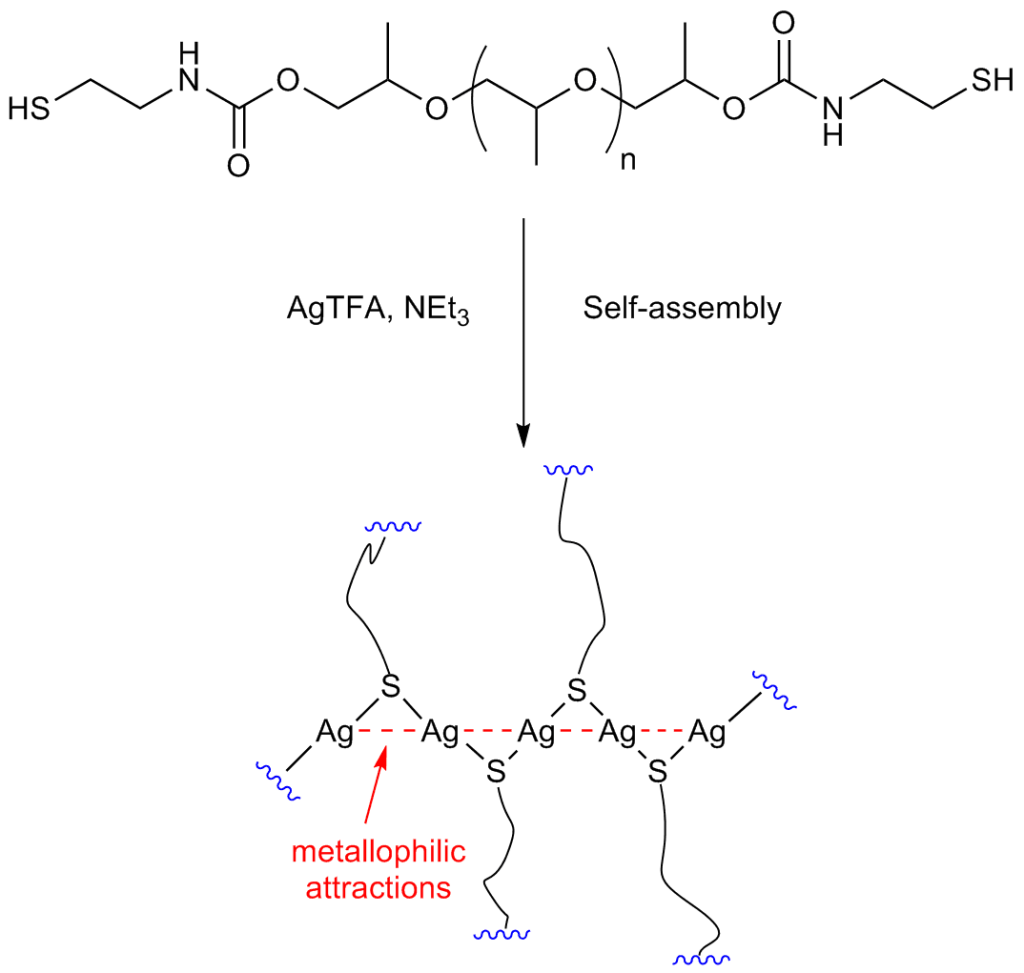 Metallophilic crosslinking with a silver salt is used to prepare polyurethane elastomers.

Describing the inspiration for this approach, Dr. Odriozola says, “everything started in 2007, when we first published the preparation of hydrogels starting from low-molecular weight thiols and coinage metal salts (Au, Ag and Cu). We were intrigued by a special supramolecular interaction that was not very well-known except in the inorganic chemistry community, the so-called ‘metallophilic attractions’. Such attractions between positively charged, monovalent coinage metal ions (instead of repelling each other) were the driving force for the formation of such hydrogel networks.

During the following years we did quite a bit of research on this type of hydrogel, always looking for biomedical applications. Finally, we were able to synthesize self-healing hydrogel materials starting from a water-soluble thiol-containing polymer and coinage metal salts. This resulted in a patent application (WO2013079469) and the hydrogels are now being tested for the biomedical field.”

Building on their successful work with hydrogels, the Spanish researchers then focused on constructing polymeric materials. Describing the “cross-linking” interaction, Odriozola says, “crosslinking is promoted by the formation of metallophilic attractions between silver ions, which are supposed to arrange in a zigzag configuration, joining the polymer end-groups like a zipper. This results in the formation of an elastomer polyurethane material, which is processable and has self-healing properties.”

The solid product obtained from the silver-induced curing was hot pressed at 60 °C, giving an elastomer that could be repeatedly ground and hot pressed without loss of tensile strength (0.33 MPa in this case). Furthermore, the self-healing ability of the elastomer was demonstrated by cutting it into pieces, placing the pieces in a syringe with two pistons, and applying pressure (3 kg/cm2) at room temperature. After a compression time of 24 hours, a well-formed, cylinder-shaped elastomer was obtained (shown above).

Looking ahead, Odriozola and co-workers state, “future studies are being carried out in the field of self-healable and processable polymer networks. We are aware that this and other reversible or dynamic chemistries, both covalent and non-covalent, are going to be very useful for the development of smart polymeric materials that will be processed in a different way vs. classical thermosets and thermoplastics. There is still a lot of progress to be made in terms of materials, and we think that reversible or dynamic chemistries will be key for the creation of future smart polymer systems.”