Mechanical Strength in a Nutshell 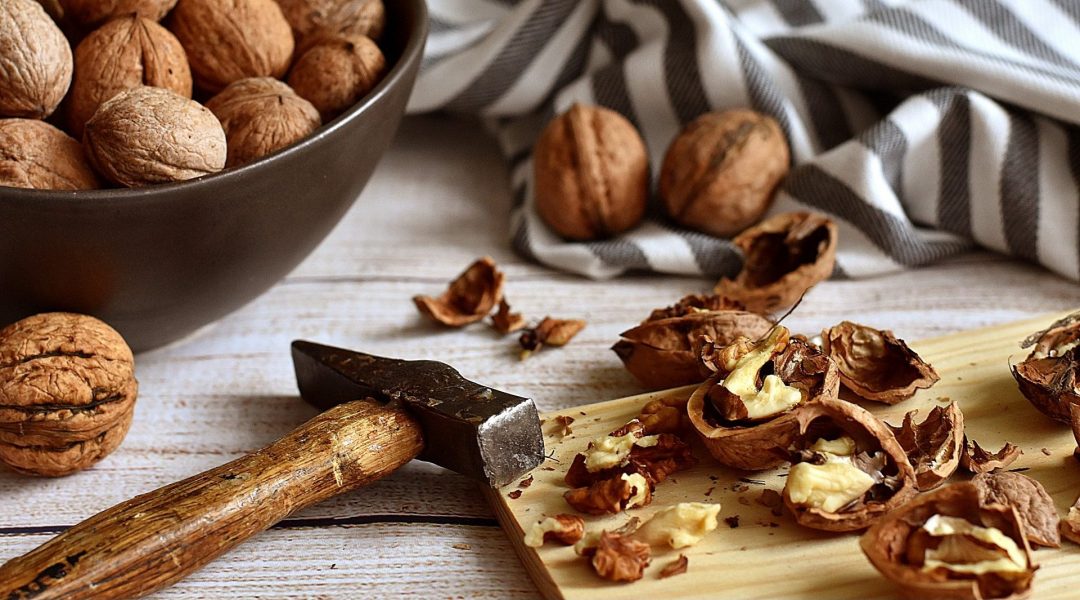 Walnuts are single-seeded stone fruits of the walnut tree and are among most widespread tree nuts in the world. Due to their availability, taste, and nutritional value, they are used in a number of recipes, employed as a source of oil, or simply eaten as a snack.

To protect walnuts against damage, insects, and mold, they are usually transported and traded with their thin wrinkled shell, which looks similar to wood. Over the years, many tools have been developed to crack their shell and harvest the tasty core hidden inside it, but why is this shell so hard to break?

To answer this question, Prof. Gierlinger and her collaborators combined 3D imaging techniques, such as fluorescence confocal microscopy and X-Ray tomography, to investigate and systematically study the cell structure of walnut shells at different maturation states. 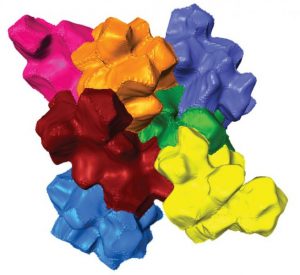 Their research, published in Advanced Science, reveals that the impressive mechanical strength of walnuts’ shells is due to a different cellular structure compared to other nuts and seeds. While the outer shells of most nuts and seeds are usually made by layered 2D cells, walnut’s shells are made by a newly discovered cell type: the polylobate 3D sclereid cells. Such system consists of interlocked cells arranged like pieces of a 3D puzzle. The lobes present in these cells are entangled and knotted at the microscopic scale and are responsible for the hardness of the shell.

According to Prof. Gierlinger, this structure hasn’t been discovered before because in the mature stage of the walnut shell the cell shape is not clearly visible as their walls are too thick and the tissue is too dense. Moreover, by using only 2D characterization techniques, the lobes of the polylobate cells appear as single cells and the real cell shape is impossible to derive.

The reported findings will have implications in several fields of science and will hopefully stimulate further studies to better exploit and recycle natural “waste” products such as walnut shells. It is also proposed that they will inspire engineers and materials scientist to develop bio-inspired materials possessing improved mechanical properties.