Materials discovery dilemma: Seeing the forest for the trees

While some would contend that materials discovery will breathe life into a hydrogen economy, it cannot realize its full potential unless production becomes less costly and more efficient. 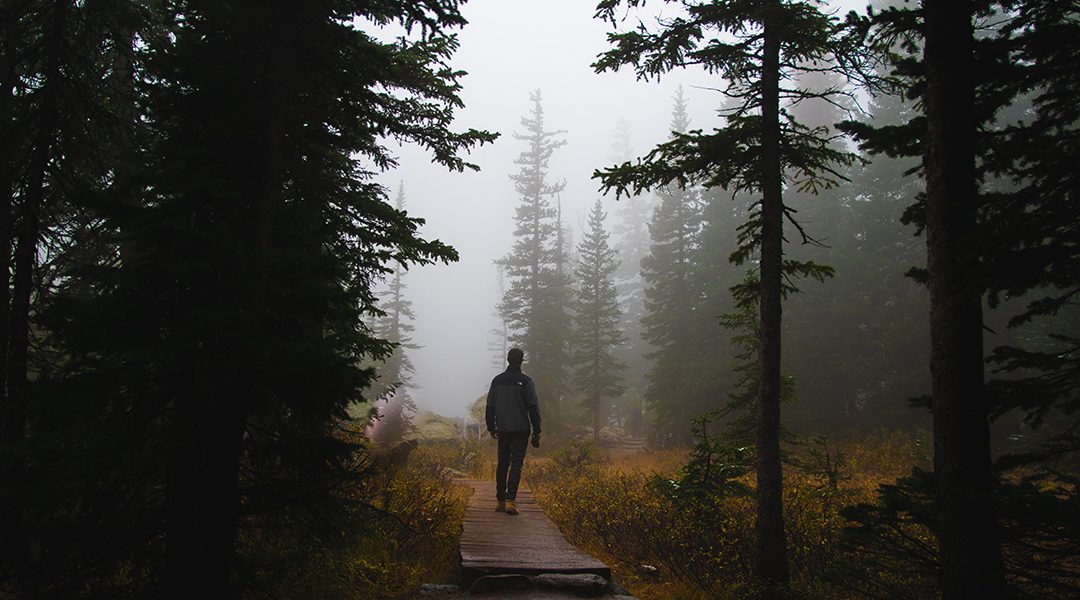 While it is a truism that materials make the world go round, I would argue there is much more to materials discovery than just discovering more and more materials

This is especially true when life on Earth faces an existential crisis, which can only be truncated by bringing climate change under control within a couple of decades. It is a case of not seeing the forest for the trees, where one is too involved with discovering more and more materials to enable the energy transition rather than looking at the problem of how they relate to climate change holistically.

As a materials chemist, I think of this situation as the materials discovery dilemma in the quest for a sustainable future. Too many students and their faculty advisors are focused on the trees with too little attention devoted to understanding the problems that need urgent solutions.

My inspiration for embarking down this controversial avenue of introspection sprang from reading a Boston Consulting Group’s report on green technology opportunities arising from a transition from fossil to a hydrogen economy.

While some would contend materials are the trees that will breathe life into a hydrogen economy, others would argue the forest cannot realize its full potential unless the production of hydrogen becomes less costly and more efficient to produce, distribute, and utilize.

I think most discoverers of materials do realize that these big picture questions must be addressed, but with a climate emergency on our doorstep it is imperative to understand how the small pieces of the puzzle — materials — make the big picture work.

What will it take to make a green hydrogen economy?

Applications where hydrogen provides the greatest opportunity for curbing greenhouse gas emissions must be identified and policy, regulations, and subsidies have to be put in place to enable the changes to achieve net zero targets and meet timelines of the Paris agreement. The success of a hydrogen economy will depend on stakeholders investing and producing the key machines, equipment, and parts required to power and sustain the entire hydrogen supply chain (chemical and petrochemicals, iron and steel, fuel cells), which has an estimated value of $200 billion US, and offers greenhouse gas reductions of 5-6% by 2050 — all told, eliminating about 15% of the 35 gigatons (Gt) of annual CO2 emissions.

While these environmental and economic projections for transitioning from a fossil to a hydrogen market are highly promising, there remain uncertainties that will require careful navigation by governments, private investors, and large and small company stakeholders entering the market.

To amplify the roadmap for stakeholders to capture, the benefits of the hydrogen value chain begins with an understanding of the components of an integrated green hydrogen infrastructure — the components of which are illustrated in Figure 1. This hydrogen ecosystem comprises the renewable energy from solar, wind and nuclear to produce, store, distribute, and utilize hydrogen in a range of applications. These include transportation, power and heat generation, the production of iron, steel, cement, chemicals, and fuels, with the associated annual greenhouse gas reduction potential in gigaton CO2 equivalents, for each strategy quantified.

The economics of a viable hydrogen eco-system ultimately will depend on the cost of the various types of hydrogen and their market share — as summarized in Figure 2. In this scheme, the five different sources and energy inputs of making hydrogen are depicted in terms of their color codes, gray (steam methane reforming without CO2 capture), blue (steam methane reforming with CO2 capture), green (water electrolysis with renewable electricity), pink (water electrolysis using nuclear energy, and turquoise (methane pyrolysis without utilization of carbon). Also included in this scheme are the carbon footprints (tons of CO2 per ton of H2), current costs ($/kg H2), and market share of the envisioned $200 billion hydrogen economy.

The stark reality is that in the present market, the carbon footprint, cost, and market share of fossil sourced hydrogen dominates by far all eco-friendly sources, and enabling a fast, safe, and just transition from a fossil to a hydrogen economy, will require a concerted, dedicated, and sustained effort by all stakeholders.

Nevertheless, the return on investment for the transition to a green hydrogen eco-system is potentially huge (as seen by inspection of Figure 3). This is not just the economic ramifications of a $200 billion market potential, with a projected annual growth of 4% for equipment and components for the production, distribution, storage, conversion, and use of hydrogen, but also the beneficial effects on eco-friendly jobs and training, an improved environment, better human health, enhanced energy security, and overall quality of life.

Clearly, there are lots of trees in the renewable energy forest, but are we looking at a hydrogen forest or a synthetic fuels forest? I would argue, probably a mix.

First, hydrogen together with captured CO2 can be used to produce a variety of synthetic fuels. That is captured in Figure 1, and accounts for about 1.8 Gt of the potential. But most of the uses that the analysis projects as being met by hydrogen could also be met by synthetic fuels — trucks powered by fuel cells, hydrogen direct combustion as a fuel, fuel for process heat generation and fuel for back-up power — 2.3 Gt combined. The choice between hydrogen and synthetic fuel would be based on the cost of producing synthetic fuel and the respective storage and transportation costs of hydrogen as gas or liquid. Synthetic fuel can use the fossil fuel infrastructure that already exists for those uses. That leads to Figure 3. Costs of synthetic fuels production would rise by 2.3/1.8 x 35-40 = $45-50 billion. The savings would be $25-30 for hydrogen storage and distribution and all but $16-20 billion of the $80-90 billion for hydrogen transport and applications; say savings of $85-100 billion. So, the savings for a synthetic fuels system rather than a hydrogen system are double the extra costs. Of course, the synthetic fuels system needs captured CO2. It is not clear whether the $5-7 billion for capture technology in Figure 3 is for CO2 capture for synthetic fuels. Regardless $35-40 billion of cost savings relative to the hydrogen system could capture a lot of CO2.

Second, it is difficult to understand the need for extensive transportation and storage investments for hydrogen. Electrolysis plants are modular and hence do not need to be large. Water is already widely distributed as is electricity so as the power supply for grids shifts to renewables, the inputs for electrolysis plants will be available almost everywhere. It would make sense then to build them with the appropriate size where hydrogen is used thus minimizing the need to costly transport and storage investments. Lower infrastructure costs for hydrogen makes it more competitive with synthetic fuels.

A fuel standard with tradable credits would be an effective policy to drive the shift from gray to green hydrogen. A country sets a CO2 intensity standard for all hydrogen sold that declines over time. The standard would be set at about 95% of the emissions for steam reforming production initially and it would decline over time until it hit zero, meaning all hydrogen is green. Producers and importers whose hydrogen emissions intensity is lower than the standard earn credits they can sell to suppliers of hydrogen with higher emissions intensity. Firms that produce green hydrogen would earn a lot of credits to sell to conventional producers thus creating a strong incentive to invest in electrolysis plants. Such a policy is like the low carbon fuel standards and the new vehicle fuel efficiency/emissions standards implemented by numerous jurisdictions.

A focus on solutions

You may be wondering about my motivation for writing this article. Having just completed a textbook entitled Energy Materials Discovery Enabling a Sustainable Future — to be published by the Royal Society of Chemistry 2021 — it became abundantly clear that materials are well poised to facilitate the energy transition. Yet, to displace existing energy materials with new ones depends not only on realizing a superior set of performance metrics by integrating experiments with machine learning across multiple disciplines and scales, but also the requirement to meet a demanding collection of technoeconomic, regulatory, social, environmental, policy, and sustainability criteria. Furthermore, it is important to assess the impacts of new clean technologies on the environment, by considering its full life cycle, from cradle-to-grave.

When working in the field of materials discovery, particularly those focused on solutions to the existential threat of climate change, it is not just about discovering more-and-more materials that counts, it is equally important to see the forest for the trees, to understand the problems we face, meaningfully contribute to solutions for change, and survive in our brave new world.

Pioneers in Science: Sir Frederick Banting
A step towards fully computerized device-level engineering
Building new reservoirs can have unexpected consequences on water security
You are not alone!