Making progress with a gene therapy for muscular dystrophy

Important findings from an animal study have prompted the exploration of a gene therapy for Duchenne muscular dystrophy in an ongoing human trial. 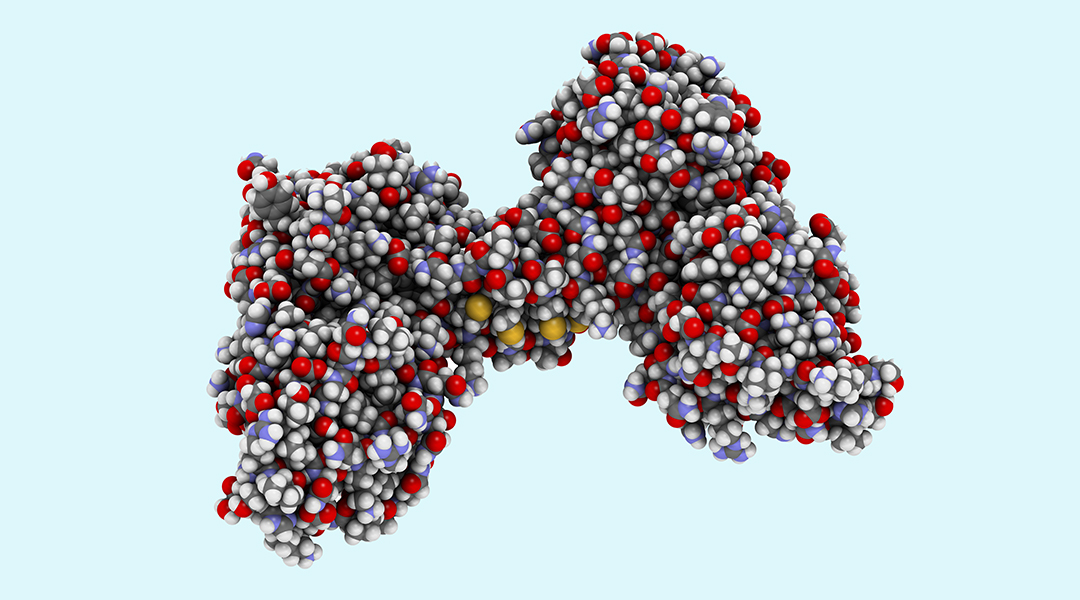 Duchenne muscular dystrophy (DMD) is a fatal condition caused by a single gene mutation on the X-chromosome — being X-linked means only males suffer from the disease. Roughly 1 in 5000 males are born with this condition and there is currently no cure, with the median age of survival 23 years.

Gene therapies are a promising treatment option, and a recent study published in Science Translational Medicine describes success with one such therapy using an animal model. These results have paved the way for ongoing human trials, which have shown a promising ability of this therapy to slow the progression of the disease. Pharmaceutical companies see the value too, with one company, Sarepta, expecting approval of a Duchenne muscular dystrophy gene therapy as early as June of this year.

In patients with Duchenne muscular dystrophy, the affected gene codes for the protein, dystrophin, which acts as a shock absorber between muscle cells and connective tissue, as well as supporting muscle contraction.

Without this protein, males with Duchenne muscular dystrophy lose muscle cells to damage as they age. By the time patients are in their 20’s, they are unable to move, breath, and ultimately suffer cardiac failure.

Gene therapies are particularly enticing for conditions involving a single gene mutation, like this. Unlike more complex conditions, where several genes need repairing or replacing, single gene conditions are easier to rectify. However, gene therapy for Duchenne muscular dystrophy still has several hurdles to overcome.

Gene therapy replaces the mutated gene with a copy using what’s called a vector to bring a working copy of the gene into a cell.  The most common type of vector is a virus called adeno-associated virus (AAV), which works using the natural ability of viruses to enter cells and hijack cellular machinery to produce viral proteins encoded by viral genes.

Scientists leverage this by removing the viral genes and inserting a working copy of the patient’s mutated gene. Once inside the cell, the viral vector behaves like a virus and makes the cell produce the protein encoded by the working gene it is carrying, compensating for the original mutated copy.

This would appear to be an easy solution. However, for Duchenne muscular dystrophy gene therapies, the size of the dystrophin gene is a problem.

While AAV vectors work great for delivering gene therapies to muscle cells, as Barry Byrne, co-author of the new study and professor of pediatrics at the University of Florida, explained, they have a size limitation. “We discovered in 1997 that AAV vectors can be delivered to muscle cells and have a therapeutic benefit,” said Byrne. “That worked great for small genes, but not so well for dystrophin.”

Dystrophin, Byrne says, is the largest protein-coding gene in the body and does not fit in an AAV vector. Thankfully, another group of researchers working on a milder form of Duchenne muscular dystrophy called Becker muscular dystrophy found that in these patients that large chunks of the gene were missing but a protein was still produced. With this knowledge, they were able to create a smaller form of the gene called microdystrophin transgenes that still makes functional protein.

Byrne and colleagues now had a therapeutic that would fit in the AAV.

The next challenge was to deliver the AAV vector to muscle cells throughout body without provoking a large immune response. Duchenne muscular dystrophy effects all muscle cells, so an ideal therapy should target the whole body. For this next step, Byrne teamed up with Joe Kornegay, now retired, at the Texas A&M University College of Veterinary and Biomedical Sciences.

“We had been studying in dogs a disease that phenotypically appeared analogous to Duchenne dystrophy for several years going back into the early 80s,” said Kornegay. What is now called golden retriever muscular dystrophy (GRMD) turns out to be an excellent model for Duchenne muscular dystrophy because it involves the canine dystrophin gene, causes similar symptoms, and is also X-linked.

Using this model, they found that delivering intramuscular shots only targets a specific area and provokes an immune response. Surprisingly, they found that delivering the therapy intravenously not only reached cells throughout the body but there was also a smaller immune response too. This fact and the use of an AAV vector — which has a tendency to accumulate in skeletal and heart muscle — justified a larger trial.

With funding from biotech companies and the US Department of Defense, a blinded, placebo control study in dogs was approved. Dogs with GRMD were administered the canine version of the microdystrophin gene or a placebo.

For dogs receiving the treatment, there was an increase in microdystrophin protein in skeletal and heart muscle as well as the diaphragm. They also saw a decrease in the loss of skeletal muscle function in those who received treatment versus those who didn’t. According to Kornegay, “We showed remarkable decline in loss of respiratory function.”

Importantly for Kornegay, the trial showed the treatment was safe. “It’s important to realize that the major goal of an animal study is not necessarily to show efficacy,” he said. “The major goal is to demonstrate safety.” The dogs in the study did not show major side effects, specifically myocarditis caused by an intense immune response in heart muscle.

According to Byrne, these results were used to justify an application for human trials, which are now ongoing.

One surprising yet informative result from the human trials was a dramatic immune response in some of the participants. “We don’t know exactly why the dog did not predict this severe adverse event,” said Kornegay. The team has several theories as to why and Byrne believes the issue is solvable.

“We’re still learning from human studies, it just shows that not every model will be predictive of the human clinical finding,” he said.