Researchers from the University of British Columbia, Vancouver, believe that 2D barcodes can be made to work harder by fully exploiting the 3D information they actually contain. 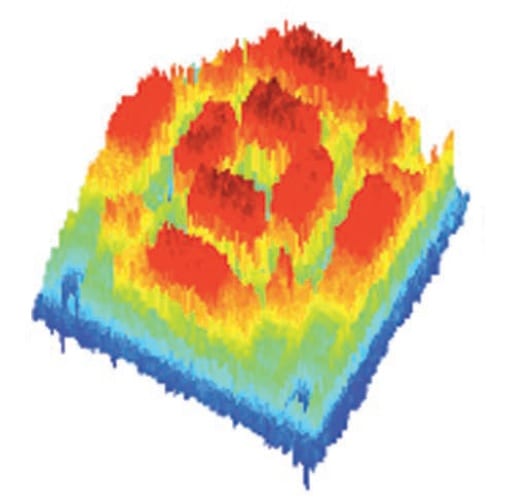 Being able to print or pattern photoluminescent images allows the creation of unique markers for the identification and tracking of legitimate goods. This sort of technology requires the right sort of ink and the right method to allow full spatial control over its deposition.

It also requires a sufficiently simple, portable device capable of quickly and accurately ‘reading’ (decoding) the printed or patterned images. Mobile phones with CCD cameras have already proven themselves ideal for the scanning of 2D barcodes such as the now-ubiquitous QR code, opening up the concept to private individuals as well as commercial, industrial, and governmental concerns.

But 2D barcodes are not difficult to reproduce, and counterfeiters can easily fool decoding devices because the inks used to print photoluminescent images all have similar characteristics, reducing the uniqueness and complexity of the security codes.

Researchers from the University of British Columbia, Vancouver, believe that 2D barcodes can be made to work harder, fully exploiting the 3D information they actually contain: two dimensions describing the position of a pixel, and one for the binary 1 or 0 each pixel represents. By varying the intensity of the pixels – creating a set of intermediate values between 1 and 0 – the amount of information stored in the code should be limited only by the ability of the decoder to distinguish one value from another.

To vary the colour intensity of a pixel, display technologies use additive image generation, which employs a driving circuit to control the intensity of red, green, and blue to form a single colour-averaged pixel. The components of mixed photoluminescent inks, however, tend to undergo energy transfer reactions which lead to fluorescence quenching, rendering this type of image generation unsuitable for printed photoluminescent images. 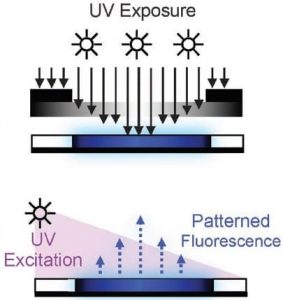 Alternatively, light is regularly used as a stimulus for adjusting the emission intensity of fluorescent materials, but employing it in photopatterning processes requires a highly predictable photochemical reaction. These researchers based their ink on weakly luminescent 9,9′-bis(anthracene)sulfoxide (AnSO), which undergoes a transformation to strongly luminescent 9,9’-bianthryl (BA) under UV irradiation with a difference in quantum yield of almost 80%. Calibrating the ratio of AnSO to BA present in a pixel to its fluorescence intensity provides a system for generating high data density, spatially- and intensity-controlled photoluminescent barcodes.

See how these researchers optimised their simple and elegant system and stabilised the images in their excellent article in Advanced Functional Materials. 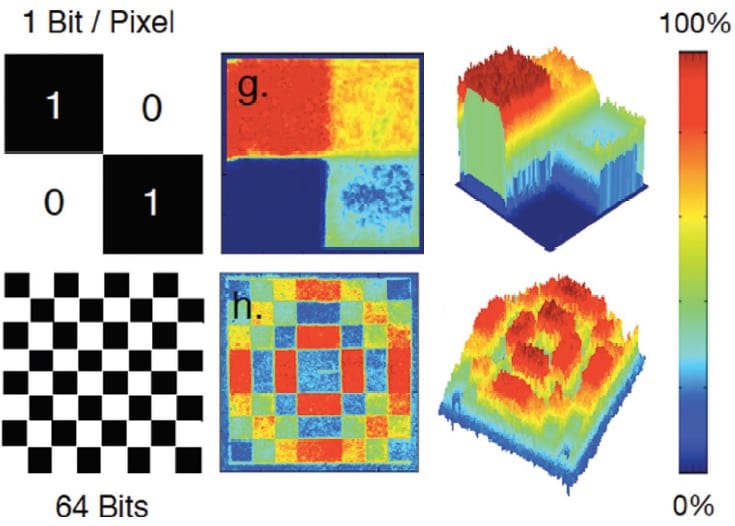